A It’s fitting that Arne Jacobsen gets top billing in this list because, you name it, the architect/designer imagined a version of it. From his celebrated chairs (Egg, Swan and Series 7) to cutlery, clocks, lighting and even a famous font, he was a pioneer without peer. We’re glad he didn’t become a bricklayer (which he trained to do) and instead laid the foundation of modern Danish design.

B Democratising design in the 50s and 60s was a key principle for Borge Mogensen who became known as ‘the people’s designer’. Prolific and innovative, he was one of the first to explore built-in shelving and storage units in the home, measuring out cutlery and the dimension of shirts to get the exact size right. This year, one of his most famous designs — the low-slung Spanish chair — celebrated its 60th anniversary. 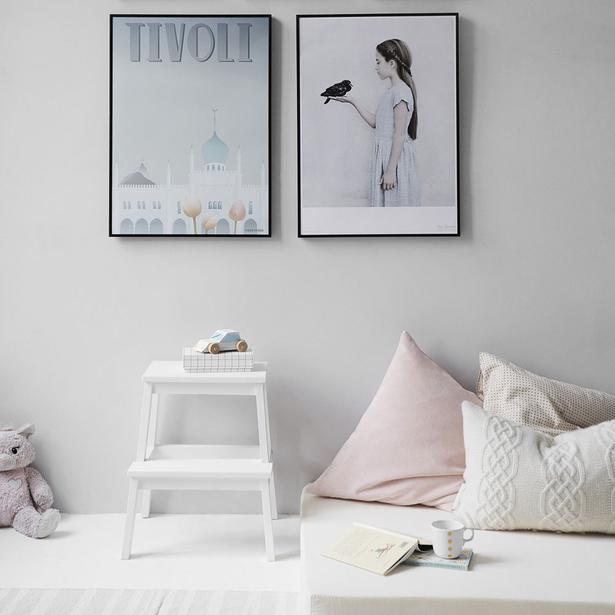 C Cool, calm and collected applies to James Bond and equally to Danish design. White walls, pale timbers (primarily beech but also oak, ash and maple) are offset with collated art and objects for that much-imitated Scandi style. If you love the effortlessly curated look, check out blogs such as My Scandinavian Home on Instagram.

D is for ditching the double duvet. Danes tend to opt for practicality (or make that individuality) in the boudoir using two single duvets on a double bed so that each partner gets their preferred level of warmth for their natural body temperature and the room temperature. 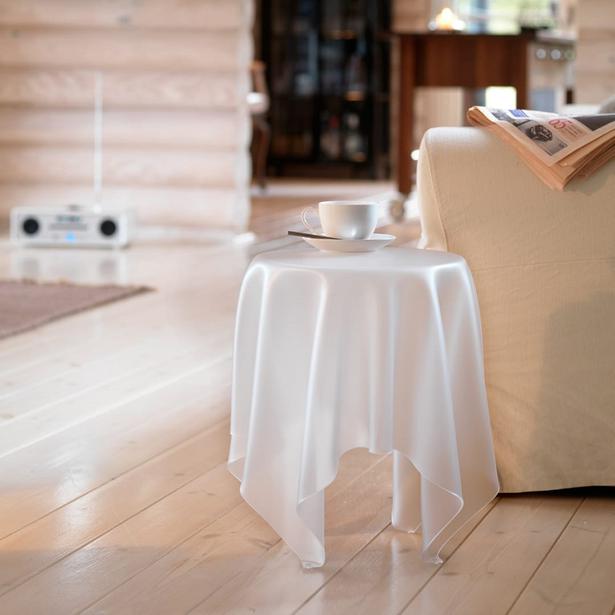 E Bringing Scandinavian simplicity to everyday objects is the mantra behind Essey and that includes utilitarian items like fly swats, wastepaper baskets, tissue boxes and coat hangers. Something more elevated, is Essey Illusion, a table made of Perspex that looks like a draped tablecloth.

F Finn Juhl knew a thing or two about life and said: “One cannot create happiness with beautiful objects, but one can spoil quite a lot of happiness with bad ones.” He created many good ones, including his best-known design — the Chieftain Chair (1949). 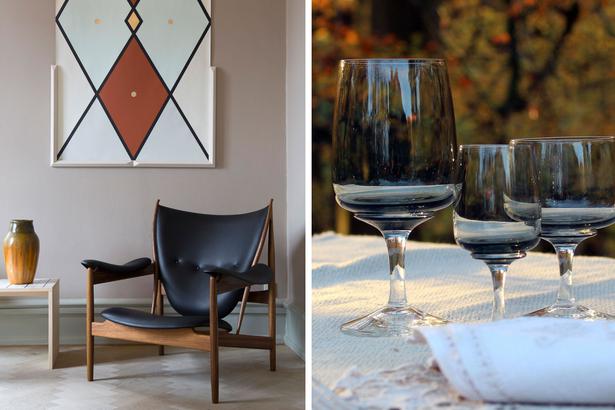 G Check out Danish glass on vintage sites such as Etsy and one name stands out — Holmegaard. The company, established in a peat bog which fuelled the kiln, has been at the cutting edge of glass design since 1825. Look out for collectible pieces signed by their most celebrated designer — Per Lütken.

H It sounds like the Danish word for hug — and it might as well be. Hygge has been embraced worldwide for its focus on cosy contentment and life’s attainable little luxuries: the ambience of low-key lighting, the toe-warming wonderment of cashmere socks or felted slippers, or the tactile texture of hand-formed dinnerware.

I There are so many icons of Danish design, it’s hard to know where to start. If you have the opportunity, a good place to kick off your research is at the Denmark Design exhibition — on at the Auckland Art Gallery from Saturday October 26 to February 2020. You’ll learn more about their ideologies too. 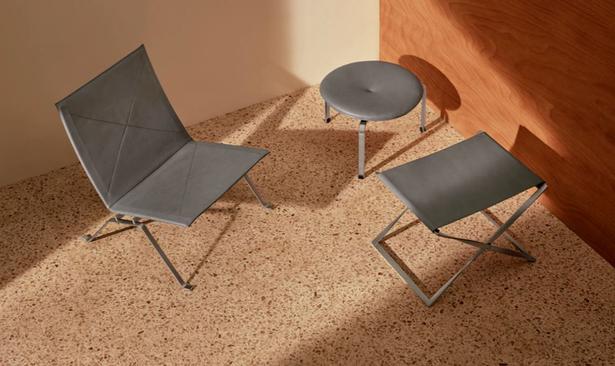 J Japanese artisans and designers influenced their Danish counterparts as far back the 1870s and it was a mutual love affair. In Poul Kjærholm’s origami-inspired Folding Stool or Rasmus Fenhann’s wooden-window-frame-inspired Hikari Lampe you can see the influence of Japonisme on material, motif and even functionality.

K Klassik Moderne Møbelkunst is a must-visit in central Copenhagen for lovers of original vintage furniture, mainly mid-century. With work by myriad Scandinavian designers from Johannes Andersen to Erik Worts, you’re alphabetically covered for modern finds. Now you just need a way to get these treasures home. 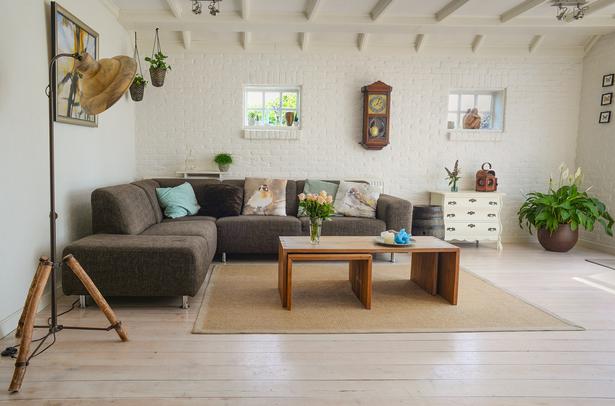 Lagom is the philosophy meaning ‘not too little, not too much’. Photo / Supplied

L is for Lagom. Heard of it? It’s the postscript to hygge. It means ‘not too little, not too much’ and, translated to interiors, achieving the balance between a home that celebrates form and function in design but not at the expense of the planet. Style plus sustainability achieves the Goldilocks effect — just right.

M A two-legged bar stool, a pendant that looks like a white fireworks explosion and a fluid wooden chair held together by a single brass bolt. These are ideas to spring from the imagination of Danish industrial designers Mencke & Vagnby, one of a new breed of furniture designers making their mark on an international stage. 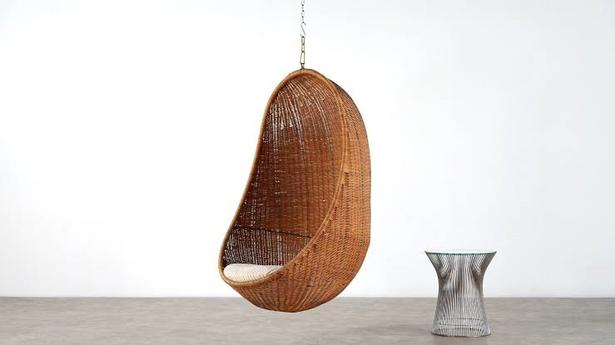 N Nanna Ditzel worked alongside her husband Jorgen on the design of the original hanging egg chair released in 1959 and made of wicker. But she also crafted jewellery for Georg Jensen and furniture for Fredericia including her ‘Bench for Two’. She designed the archetypal woollen textile ‘Hallingdal’, for Kvadrat, and worked well into her 70s.

O Using oils instead of chemicals to care for wood respects the craftsmanship of the furniture pieces. Oil soaks in to protect the wood and because it is low VOC, is environmentally friendly. 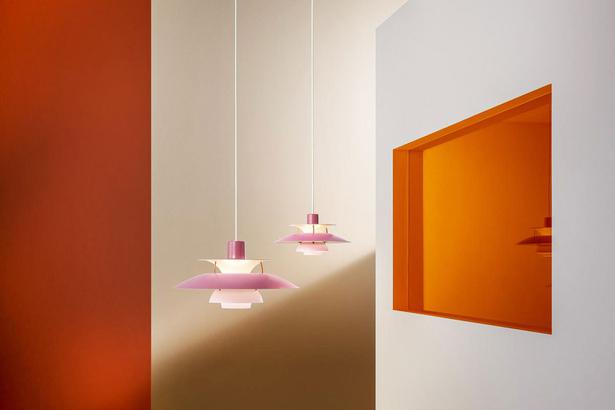 P The PH in the PH 5 Pendant Lamp stands for Poul Henningsen — another Danish designer who has left a legacy. The five shades of the original 1958 lamp were designed to break up and filter electric light and throw a lovely flattering light onto the subject.

Q Mid-century Danish designers were incredibly mindful of what they were trying to achieve in the post-war environment and many came up with some quotable lines such as Hans Wegner’s “A chair is to have no backside. It should be beautiful from all sides and angles”. 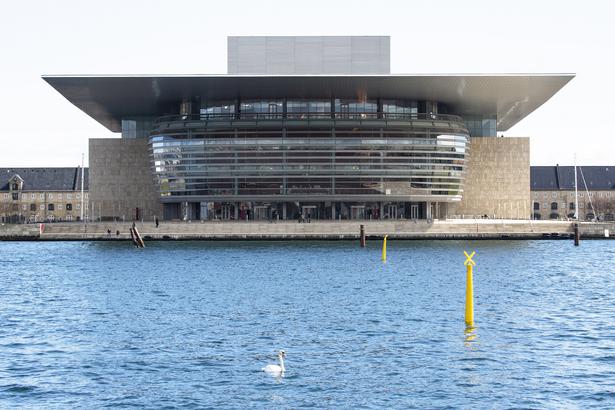 R Look for the word ‘Royal’ in the name of a public building next time you’re in Copenhagen and you’re practically guaranteed architectural awesomeness! For starters, make a beeline for the opera house by architect Henning Larsen then wander along the Langelinie waterfront promenade to the playhouse by Lundgaard & Tranberg.

S Sustainability is all-the-buzz these days but for the Danes, where furniture is designed with longevity at its heart and where high-quality craftsmanship is valued, this has always been the case. Still, we can always do better and Copenhageners recently welcomed the Amager Resource Centre designed by architects Bjarke Ingels Group. It’s a facility that converts waste into electricity, and, just for fun has an artificial ski slope on its roof.

T Natural wood veneers are essential to the toolkit of designer Tom Rossau who hand-folds strips of veneer to create shades for pendant, floor and wall lamps. Tom is self-taught and his lights are sculptural, playful forms. 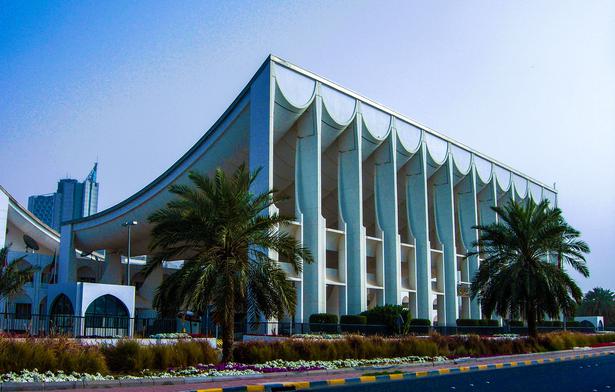 U The Sydney Opera House, designed by Jorn Utzon (who was Danish) is by no means his only significant work. Utzon also designed the Kuwait National Assembly Complex, a poetically rhythmical building that’s still uber modern, in white concrete that echoes Islamic architecture.

V When Verner Panton designed the world’s first moulded plastic chair in a sinuous S shape, he arguably changed the way we see design. He would have loved that. His most-famous chair was out there after years of trial and error. As he famously said: “A less-successful experiment is preferable to a beautiful platitude”. 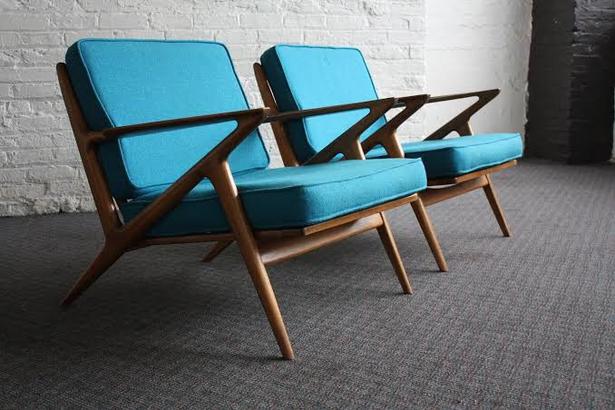 W The Scandi look embraces furniture made of pale-toned timbers such as beech, ash or maple left bare. Danish homeowners care for their table tops and sideboards (even flooring) with wood soap which protects the timber as it is made from natural oils but leaves the surface ‘flat’ and doesn’t alter the colour of the timber.

XYZ With teak arms and a distinctive post-war elegance, the Z chair and Z sofa made by Selig have become highly collectible. But they’re upholstered in mystery. Online chat forums debate whether the Z was designed by Poul Jensen, Finn Juhl or Ib Larsen.

Bill Carrig is the founder of Design Denmark.