Inside the sympathetic modernisation of a Brisbane worker's cottage Like many young couples, Caroline Novinc and her partner, knew that to create the home they wanted to live in, they’d have to renovate. But not the kind of renovation where little of the original building remains; their aim was to respect the existing structure.

“We wanted a house that felt humble,” she recalls, “and didn’t want to build right to the boundary, which is often the case in Brisbane as the lots are typically small.”

After moving to the city in 2002, the couple purchased a ubiquitous 1880s timber worker’s cottage, typical of inner-city Brisbane.

Perched on timber stumps, these little wooden houses are generally of a square configuration with an layout allowing for two bedrooms, a sitting room and kitchen, along with a veranda facing the street. The cottages have steeply pitched, corrugated iron roofs and often brick chimneys, an element distinguishing them from later bungalow styles. 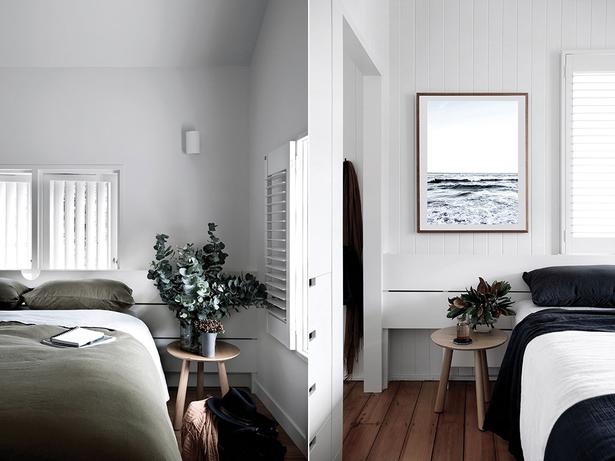 And like most other workman’s cottages, the timber stumps, with metal caps near the top, elevate the home, preventing termites. Caroline adds, that the elevation also allows the breezes to flow freely and, as a bonus, snakes and other pests are less likely to enter the home.

Two bedrooms wouldn’t cut it for this family with four young boys. So Caroline, along with architect Aaron Vokes, from Brisbane architectural firm, Vokes and Peters, set about creating a new layout and an addition that would respect the old and the new.

Aaron, who’s firm’s speciality is renovating such cottages, along with the more ornate Queenslanders explains. “We didn’t want the new work to overshadow the old building, so the new extension was designed with a steep pitched roof and we used the materials and the language of the old building, such as painted, timber cladding.”

But instead of the expected white, Aaron suggested a striking black, which he says would only work on the south side with the shade of the trees, as the paint could crack if exposed to the northern sun. 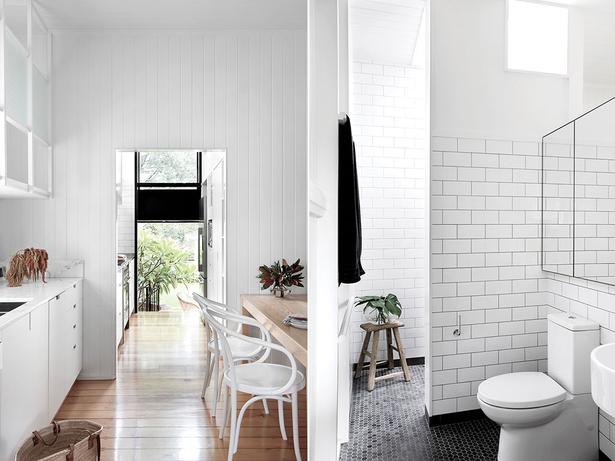 Aaron explains that what he likes about the workingman’s cottage is the fact that they have no ornamental devices.

“These cottages are austere and very stripped back. When you think about it, this austerity parallels contemporary architecture, so the idea was to respect, preserve and restore.”

The kitchen and was moved to the back of the home and a long narrow scullery was a new addition out the back. A living room remains at the front left of the house. And the bathroom, which was originally under the house was shifted to the top floor, off the hall.

Most of the old building remained unchanged.

“We opened the rooms up a little, so the kitchen connected to the living room, but we kept the look more cellular,” Caroline explains. A rear corridor connects the new with the old, and two additional bedrooms run off this passage.

Having a functional, private, outdoor space was key for the family, so Aaron introduced a courtyard to the heart of the building.

“Although the brick part is new, it looks like it’s been there for years,” says Caroline, “not many people realise it’s part of the new addition.”

Adds Aaron, “the courtyard was key to unlocking the site, as it opened it to the light. The tall brick chimney also catches the light and reflects into the darker half of the house.”

The interior maintains many of the home’s original features.

“We are all about preserving the quirks. All the original tongue-and-groove was preserved, as were the original timber floors,” Aaron says. 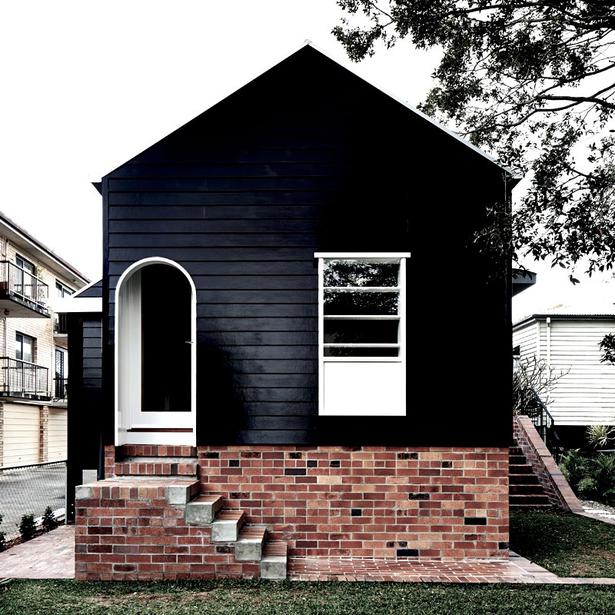 The interior result is simple, monochromatic and fresh, with a contemporary edge, just as Caroline envisaged. It’s an ideal backdrop for her artworks.

She has a couple of photographs by Kara Rosenlund, one of a treescape taken in Caroline’s home town of Orange in New South Wales, and another of a seascape just off the Brisbane coast. Other artworks include a playful poppy painting by Castle and Things, along with one of their silk-screened, graphic tea towels framed up.

And as luck would have it, just as the Novincs completed the project, they relocated to Byron Bay, where Caroline is to embark on another renovation, this time a Byron farm house.

As for the Durham St house in the West End, it’s now on offer as a holiday rental and serves as a base for the family to enjoy when they visit the city.

For beautifully functional pieces, Fourth Street is the new online destination for you

11 Suitcases That Will Turn Heads

Make way, coming through! Stand out from the crowd with these head-turning travel companions