Hand painters at the Crown Lynn Factory in the 1960s. Picture / Supplied. Twenty-five years ago, Crown Lynn’s New Lynn factory closed without ceremony. Machinery and moulds were abandoned, and an on-site dump filled with broken ceramics. The remains of the crockery that graced New Zealand tables for almost 50 years were deemed worthless.

Luckily for New Lynn’s — and New Zealand’s — heritage, one man saw the importance of preserving Crown Lynn’s legacy. Avid collector Richard Quinn collected crockery, moulds and machinery from the factory while it was closing down, and tirelessly excavated the Crown Lynn dump site, spending thousands of hours digging for ceramic shards and tiles. He also traded beer for pieces, found abandoned ceramics in the factory’s kilns, and scoured op shops to complete his collection.

In May this year, the museum Te Toi Uku, roughly translating to “the art of clay”, opened to house Richard’s impressive collection. The museum sits next to historic Gardner’s Kiln, which will eventually be open to the public, right by the site of the former Crown Lynn factory.

The opening realised a long-held dream of the Portage Ceramics Trust. Formed by the Portage Licensing Trust to buy Richard Quinn’s collection when he died, the trust spent 11 years fundraising to set up the museum. It has also catalogued the collection on a beautiful website, a finalist in this year’s Best Design Awards.

Collections manager Sandra Ward says the response since opening has been fantastic, with many ex-employees visiting and sharing their stories. 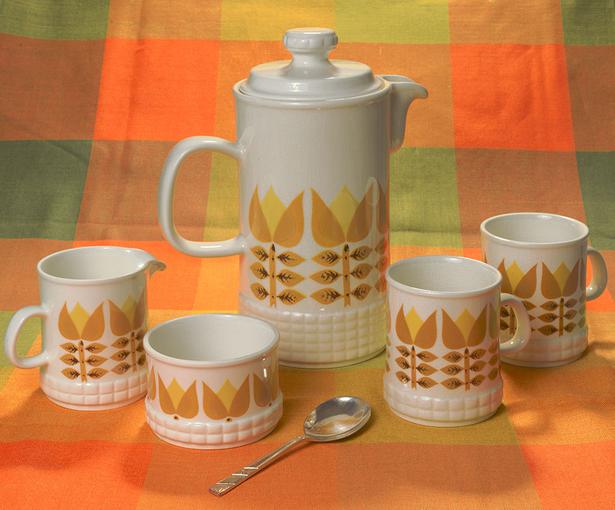 “One lady came in last week and there was a photo of her on the wall. We were able to identify what year it was taken. That was her first job and she was 15 in the photo; she used to do the painting on the plates,” Sandra recalls.

Although the name was not used until 1948, Crown Lynn had its beginning in 1935 when a young Sir Tom Clark, son of the managing director of the Amalgamated Brick and Pipe Company, set about diversifying the family clay business.

From tiles and electrical insulators to chamber pots, jewellery, wreaths for grave sites and, most memorably, vases, jugs and crockery, Tom and his small team taught themselves to make just about anything.

And although they were not always successful — the handles fell off early cups — by World War II, with the importation of English crockery grinding to a halt, the company was booming. At Crown Lynn’s peak in the 1970s, 500 people were employed, and millions of pieces were made each year, many exported to Australia, the United States and Canada.

Today, Crown Lynn is regarded as an essential piece of New Zealand’s design history, and an important part of West Auckland’s social and manufacturing history. Its innovative home-grown designs, made from local clay under the creative direction of designers such as Mark Cleverley (who was awarded a Black Pin at last year’s Best Design Awards) are still desirable today.

Te Toi Uku holds a near-complete collection of pieces manufactured by the company. Among the 6000 items are those collectable swans, tableware made for Air New Zealand and New Zealand Railways, ceramic moulds, tiles, photographs, log books, hundreds of ceramic shards and the many backstamps the company used. Different labels were used over the years to appeal to various markets, with a “British” stamp even printed misleadingly on some pieces. 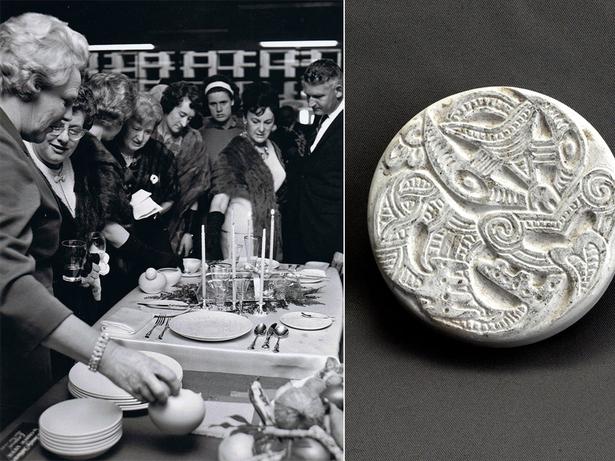 “Kelston was an accent that [Crown Lynn] used for selling its wares through places like McKenzies and Woolworths and Farmers, because they didn’t want the Crown Lynn name sullied by the lower-end shops,” explains Sandra.
The small museum has just a few collections on display, but cabinets laden with pieces are ready for new director and curator Finn McCahon-Jones to unveil.

With 11 years working with Auckland Museum’s Decorative Arts collection behind him, Finn is looking forward to uncovering the stories behind Te Toi Uku’s collection, and documenting employee histories.

“What I’m interested in doing is pulling out some of the themes and bringing Crown Lynn history and entity to the fore, and looking at some key things like the design awards and popular patterns.”

A sculptor and potter, Finn says he particularly loves Richard’s collection of shards. “It’s great to see that there’s value in those broken things,” he says. “You can find the story or information in what otherwise would be turned into mosaics or thrown into the bin.”

With today’s emphasis on local manufacturing, Finn believes the time is right to celebrate such an important manufacturer in Auckland’s history.

“The thing I like about Crown Lynn is that it’s made out of West Auckland dirt. When you are eating off your Crown Lynn, you’re eating off part of this country.”