Can You Declutter If You Have Children? This Japanese Dad Says You Can Japanese dad Naoki Numahata and his 4-year-old daughter Ei in their sparse apartment. Picture / Shiho Fukada for The Washington Post

Kids and clutter don't have to go together, says Naoki Numahata, a 42-year-old Japanese father so committed to minimalism that he'd make a monk look extravagant.

When his 4-year-old daughter Ei wants to play, she doesn't go to a playroom or even a play corner. Instead, she gets a small basket that contains all her most precious possessions — a doll, a Minions tin with some cars, a yo-yo and a spinning top — and plays happily on the stark white floor.

Their 39m sq Tokyo apartment is small even by Japanese standards, and is almost empty. There is nothing on the kitchen counter. In the drawers: three sets of chopsticks, two sets of children's cutlery. The breakfast drawer contains a loaf of bread and a jar of honey.

There is no couch, only a table, a chair and a bench for two. The small bedroom contains a bed that Naoki and his wife share with Ei. His one concession to decadence: a big television that he uses for his work as a web designer.

He has only two pairs of pants, four shirts and four T-shirts, five pairs of underwear and four pairs of socks in the closet. Ei has two special occasion outfits on hangers and two small drawers for her regular clothes. Naoki says his wife is not a minimalist: She has five drawers for all her clothes, winter and summer.

This kind of extreme minimalism is not standard practice in Japan, but the concept of making do with less has become much more mainstream in recent years, an antidote to materialism and excess. For the Numahata family and others like them, less really is more.

The most famous proponent of this concept abroad is the Japanese declutterer Marie Kondo, whose "KonMari" method — she tells people to get rid of everything that doesn't "spark joy" — has swept through the West in recent years.

But minimalism and decluttering became a craze in Japan several years before Marie arrived on the scene. Indeed, people here know the concept not as the KonMari method but as "danshari" — taken from three Japanese characters meaning "refuse", "dispose" and "separate". 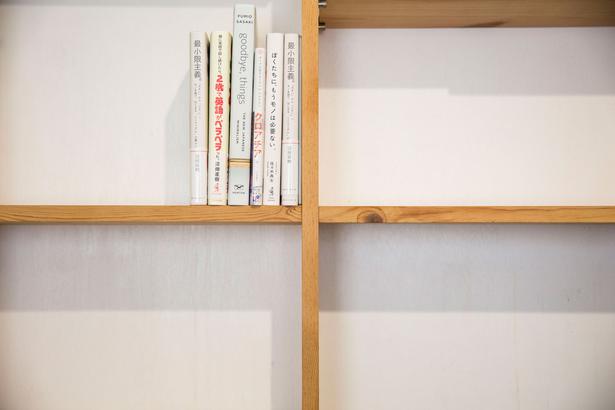 "Modern society is all about getting more, more, more without taking account of your whole situation," said Hideko Yamashita, who was promoting the idea of danshari several years before Marie arrived on the decluttering scene. (She considers her something of an interloper.)

"With danshari, you need to determine what's contaminating you and get rid of it," Hideko says in her sparsely furnished apartment in Tokyo, urging both a physical decontamination process of space and a clearing of the mind.

Her book on danshari became an instant bestseller in Japan, and the concept has now become a verb in its own right. Japanese people don't talk about KonMari, they say: "Ah, my house is a mess. I need to danshari."

This is the opposite of the other recent exotic home trend: the Danish concept of "hygge" — creating a cozy space with rugs and candles and other things that make you feel warm.

Danshari is based on the idea that if you have a clutter-free environment, your mind will also be clear. Formulating it, Hideko, who is 63, was heavily influenced by eastern religions.

Zen Buddhism and Shintoism taught her to think about what she needs right now and to get rid of impurities, she said. And then there's Tao, the philosophy that considers the natural order of the universe.

Many Japanese people of Hideko's generation, born after World War II, became hoarders, unwilling to throw anything away in case they needed it in a time of emergency. There is a constant refrain here of "mottainai," or "don't be wasteful" —- as in, better keep those 300 shopping bags in case you need them.This clutter explains why so many Japanese people are unhappy today, she says.

"We have many depressed people in Japan. Their heads are too full of information, they become overwhelmed with their thoughts," she says. The process of getting rid of tangible belongings helps clear out intangible things, too.

Some psychologists have started "prescribing" danshari to their patients to get them to reflect on themselves, and Hideko says danshari can even be good for relationships: Once you've decluttered, you're more likely to invite people home.

Many Japanese people have seized on danshari as a way of life.

Yuriko Ozaki, a working mother in Osaka with three boys, started decluttering after the devastating earthquake that rocked Japan in 2011. This event forced her to reconsider what was important in life —- and having less stuff also reduces the chance of being hurt by it during an earthquake.

She now writes a blog teaching other parents how to declutter even while having children, and has written a book on how owning less stuff means less housework and less strain on the family budget. 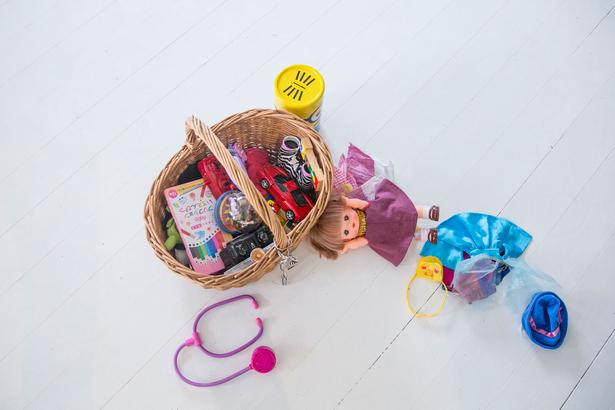 Then there's Naoki Numahata, who was inspired by a photo in a magazine of a Japanese house that contained almost nothing and has also written a book, with fellow danshari devotee Fumio Sasaki.

"The year that we had our daughter, our place was so messy," he says. "It inspired me to make our house look like the one in the magazine. We got rid of so much stuff, and I really liked the liberating feeling I got from having so little."

Once they were done, he made his wife a cup of coffee. She sat in the empty room and drank it, and pronounced it delicious, he said — drawing the conclusion that it tasted better because their space and minds were clear.

It's changed the way they live their lives, he said. He moves more quietly and gracefully now, and as a family they go out more. (Naoki said his wife, an animator, is not a danshari follower but just "doesn't like stuff".)

Now Naoki is raising the next generation of minimalist in Ei, who just naturally cleans up after herself, he said.

"As she's growing up, of course she wants stuff," he says of his daughter. "When we do buy things, we buy small things that fit in the basket."

And they pass on gifts or toys that Ei has outgrown. "We let many of the things go without getting attached to them. We repeat that cycle," Naoki says. "People question why we give presents away, people might think it's cold. It's just the way we live."

With the few toys that she has, Ei makes up lots of games and has developed a good imagination, her father said. Ei speaks perfect, unaccented English, even though she goes to a Japanese kindergarten and hears only a little English at home from her father.

Visitors to their apartment are initially surprised by how empty it is, but soon remark how comfortable they feel, he said. To explain why, Naoki quotes a Taoist principle: "It's the empty space inside the pot that makes it useful."

Tips for Decorating Your Home On a Budget