As the founder of print design company Still Life, she has broken into the fashion industry with her floral-inspired fabrics that are made from hand-painted designs. Her textile library has been presented at the prestigious global textile trade show Premiere Vision New York, and her work has been picked up by New York-based brands Allina Liu, Mia Vesper and Flou-Flou, a new womenswear brand noted by the New York Times as one to watch.

In 2011, Amber started a made-to-order online womenswear boutique called Winter and Rixon — but longed to create her own fabrics. "I couldn't find any prints I loved or that weren't booked out by bigger local designers," she says. "The selection was so limited and I didn't know enough about textiles at the time to make my own."

So Amber studied a Bachelor of Design for textiles at AUT while keeping up two collections a year for Winter and Rixon.  "I burnt myself out doing the degree and the label, but I discovered my love for creating textiles," she says. "I knew that was what I wanted to do full time."

With Still Life now established, Amber has presented at New York's Premiere Vision three times since April 2018. The twice-yearly event gives textile makers from around the world an opportunity to get in front of some of the fashion industry's best and biggest buyers.

Amber says it's invaluable exposure for an up-and-comer like herself.  "Design teams from large international brands right down to boutique stores come and have a chat with you and you never quite know who you’re talking to," she says. "It's great for connections."

Amber describes developing her textiles with designers as a constant collaboration. "Some designers will pick up my textile from the initial concept and run with it, while others might change the scale or colour from my library," she says.  "It's so exciting to see how they interpret my designs and the final result."

Amber plans to move to New York to live permanently this year. She says the opportunities for an in-house print designer are far greater than what's almost "non-existent" locally. "There are probably only two or three companies with that role here and all are in fast fashion. Otherwise it's too expensive for designers to hire someone full time. In New York I have a big list of potential companies ... but if anyone has a contact for Rodarte, let me know." 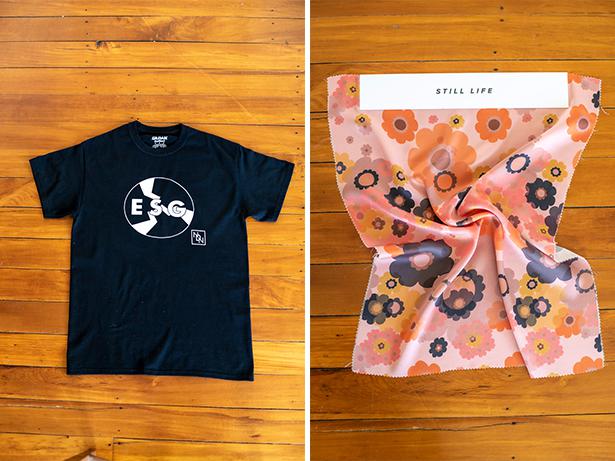 1. ESG (band) t-shirt
I love the spirit of this group of women. They are one of the first all-female hip-hop groups formed in the South Bronx in 1978. The band's track UFO is one of the most sampled songs in history — yet they are still a relatively underground band. I emailed them and Renee Scroggins (vocals) replied and sent me a T-shirt and a CD to say thanks for my support — it blew me away. I recently saw them open for Robyn in Brooklyn, which was a pricey ticket but totally worth it. Music is a constant inspiration for my designs.

2. Print sample
This silk sample of a 60s-inspired floral was my first print ever sold. It was purchased and put into production by New York-based up-and-coming-brand Flou-Flou. It appears in their first capsule collection. I really love what the designer has done with it and her styling is amazing. 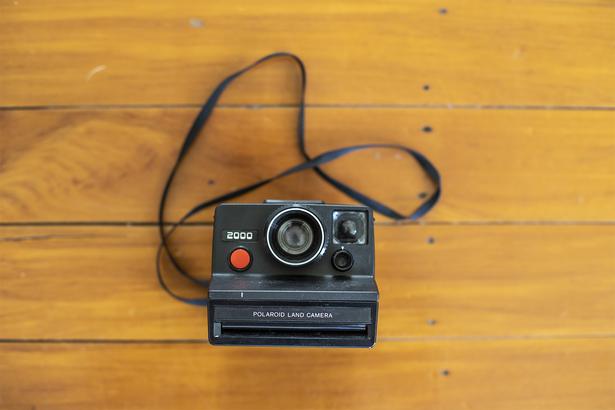 3. Polaroid Camera
I take my Polaroid 2000 vintage camera with me everywhere. I like to take my own photos for inspiration and draw them later. Eventually, they turn into one of my prints. One of my favourite places is the Wintergardens in the Auckland Domain. As you can see with a lot of my work, I love florals. 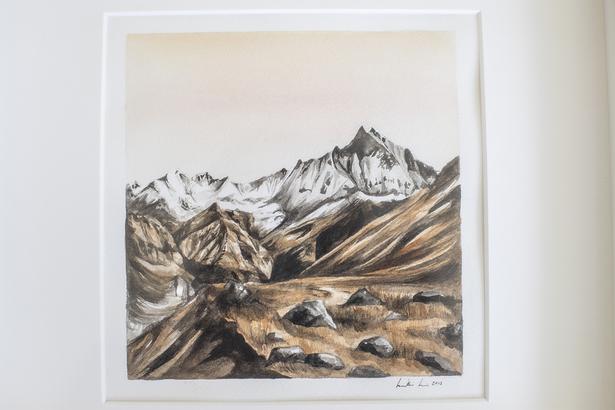 4. Henrietta Harris watercolour
I've known Henri since we were late teens; I think we met at a Mint Chicks show. We went to New York for the first time together when we were 21 for a month, which was a lot of fun. At one point we found ourselves at a friend of a friend's apartment alone in the dining room with Patti Smith but we were both painfully shy and couldn't utter a word, which I regret to this day. Henri wanted a jacket from my Winter and Rixon collection and I wanted an original painting of mountains so we swapped. 5. Textile book
My girlfriends gave me this textile book Pattern Design by Elizabeth Wilhide and it features most of my favourite print designers. I don't know many other print designers in Auckland so it's like having a best friend beside your bed at all times. My favourite designers are Ray and Charles Eames — I was lucky enough to visit their home in LA recently — Orla Kiely, William Morris, Marion Dorn ... and the list goes on.