Graphic illustration invades every inch of this Italian design empire, at once enthralling and occasionally puzzling.

The man in the photograph standing next to Vicki Vuleta, director of Auckland interiors gallery Design 55 (facing page), is obviously European. With his neatly trimmed, long grey beard and understated attire, he stands with his hand on hip and has the air of a master craftsman.

He could be a watchmaker, or a modern-day Geppetto. His tie, however, provides a clue to his provenance; it's not low key, but sports a finely illustrated graphic print in black and white. So, although the Italian connection is valid, his is the world of fine arts, albeit with a hands-on bent.

Barnaba Fornasetti, who is posing alongside Vicki, is the son of the late Piero Fornasetti, a painter, engraver, printer, collector, stylist and, yes, refined craftsman, whose body of work is now being celebrated at the Triennale Design Museum in Milan.

Fornasetti senior was born in November 1913 and the exhibition is called 100 Years of Practical Madness, a title that will strike a chord with aficionados who relish this design legend's surreal yet rigorous illustrations.

Vuleta's partner, gallerist Gary Langsford, was first enchanted by the work in the early 1980s when he came across it at the Themes & Variations Gallery in West London. He says the pieces this prolific artist created are a "completely successful marriage between art and object".

Langsford could not wait to bring this quirky sensibility to the attention of the New Zealand public. "There were chairs that were shaped and painted to look like guitars or Corinthian columns, and Fornasetti's use of trompe l'oeil on items of furniture was a fantastical vision that I had never seen before."

A long-standing association with the iconic brand meant that earlier this year, Vuleta and Langsford received a special invitation to visit the Fornasetti family home, a 15-minute journey from the centre of Milan. Built by Piero's parents at the end of the 1800s, inside it's a living archive to his offbeat genius. "It was an incredible experience," says Vuleta. "We thought Barnaba would be pushed for time, but he was very humble and accommodating." 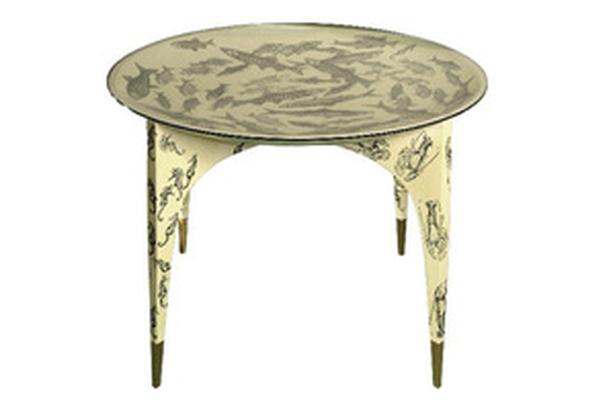 Fornasetti piece that will be in the exhibition. Photo / Babiche Martens.

The home is colourful and crammed with creativity. Illusory jaguars roam across credenzas while painted butterflies alight on lampshades and kitchen cabinetry. The library contains floor-to-ceiling shelving stacked with LPs that regularly take a spin during the legendary Fornasetti garden parties. While conducting the house tour, in the kitchen Barnaba paused to feed the cat.

In 1940, Piero struck up a friendship and collaboration with architect Gio Ponti and they decided to bring the Fornasetti artfulness to everyday objects. It was an ambitious aim that meant breaking new ground with artisanal techniques.

They started with scarves, continued to chairs, cabinets, desks and eventually entire movie theatres and shops. The duo had a shared passion for architecture and classical proportions and the Gio Ponti period is well showcased in the Milan retrospective.

Closer to home, and to mark this centenary, Design 55 has commissioned a one-off piece from the Fornasetti atelier, in which a small team will hand-craft the designs. "We asked for a trumeau, which is a cross between a sideboard bar and a bureau," explains Vuleta.

This unique piece, called "Fun Fan", will be decorated with some of her favourite designs, including a pair of bright red lips and Gatto, the cat. It will be printed, lacquered and painted by hand, then signed and finished with a plaque. A curvaceous chest of drawers, the Palladiana, along with a smaller chest, the Architettura, is also on its way to the Newton showroom.

Barnaba Fornasetti, who is quoted as saying his father had a "volcanic imagination", has taken up the reins of the business, which now has a global following. Says Langsford: "Barnaba may be quiet and reserved, but he is immersed in the brand that bears his family name - and committed to its survival. 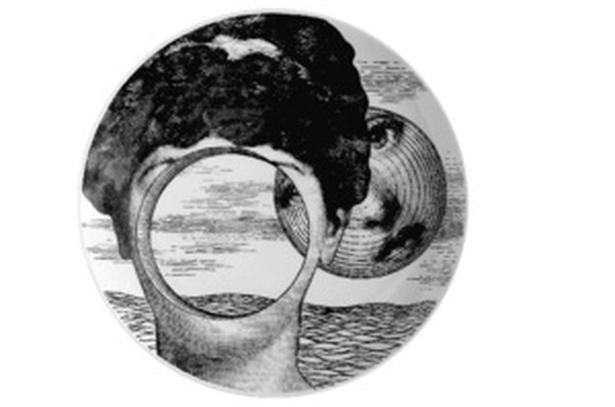 He also has the talent to add his own ideas to the legacy." He is responsible, too, for maintaining the archive of around 13,000 illustrations and has been instrumental as the curator of the tribute exhibition.

In the Milanese villa Vuleta and Langsford visited, there's a room where the original sketches, drawings and paintings are stored in drawers and cabinets. The most famous of these is the image of the face of opera singer Lina Cavalieri. Fornasetti spotted her while leafing through a 19th century French magazine, and she became his muse.

Cavalieri's aquiline nose, cupid-bow lips and startling round eyes were features that Fornasetti thought of as quintessentially beautiful. To him, she was an enduring motif, which he adapted in infinite variations on plates, glasses, paperweights and candlesticks.

Many New Zealanders will recognise the face of Cavalieri on a range of ceramic wall plates that have become perhaps the best-selling Fornasetti object in this country. In a surreal, fanciful foray, she appears as the head of a snail, between the jaws of an alligator, as a devil with horns, emerging from an egg and even served up in a soup ladle.

With more than 300 variations on the theme, the collection also includes one design in which Cavalieri sports a Maori moko. 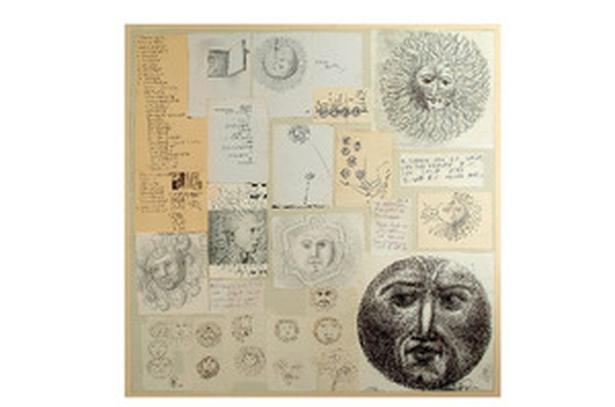 "Although many people like the classic, Number one plate, the Maori one is popular," says Vuleta.

Bringing decoration back to the centre of attention is the Fornasetti mantra and every surface is ripe for consideration. From screens, to trays, to umbrella stands, rugs, tiles and wallpaper, nothing must be allowed to slip into the mundane.

This extraordinary artist, expelled from the prestigious Brera Fine Arts Academy for insubordination, was determined to break free of the constraints and constructs of a design community that for so long only acknowledged form and function as worthy goals.

As Barnaba relates, "Decoration is something that gives flavour to life."

And a little bit of madness might just be what the doctor ordered.