It’s a long way from the tiny, cobbled city of Weimar, Germany, to Wellington, New Zealand, and the cultural distance is far greater again. But in the early 1900s, Weimar was the birthplace of an architecture and design movement that would reach the furtherest parts of the world — including New Zealand — and leave a lasting legacy in our homes and public buildings.

The Bauhaus School was founded in 1919 by architect Walter Gropius as a centre where fine arts and crafts, architecture and industrial design could come together to create a better world. Gropius believed in a then-radical philosophy that the “fine” arts had become rarefied and isolated, and should be brought back together with traditional craft and workmanship — which had become devalued — to create beautiful and functional domestic and work spaces.

No longer would the “art” in a house be a painting on the wall, but the house itself and everything in it, from the spoons in the kitchen drawers and the typeface in the books on the coffee table, to the door handle you turned to step inside would be works of art. “The ultimate goal of all art is the building,” Gropius wrote, urging his students to turn away from wasteful ornamentation and decorative flourishes that had become associated with “art”, and to instead focus on creating items that celebrated the materials from which they were made. Today, many people recognise the Bauhaus approach as a set of stylistic choices — clean lines, simple materials, block colours, strip lighting, tubular steel — because of the famous buildings, products and designs created by these artists. But the movement was less about prescriptive aesthetics than about embracing progress to make well-crafted lives available to as many people as possible.

The Bauhaus School itself survived for only 14 years, moving from its original home in Weimar, to the famous Gropius-designed building in Dessau, and finally to a derelict warehouse in Berlin in 1932 under pressure from the rising Nazi regime, which correctly suspected it of harbouring communism.

However, in part, its closure and the subsequent flight of many artists, architects, writers and liberal thinkers from central Europe during and after World War II were what led to its influence being so widely felt.

Many of the school’s former professors established themselves in influential positions in universities in London and America, where their ideas were disseminated to students, including ones who had come from New Zealand and Australia. When these students eventually returned to their homelands to work, the ideas travelled back with them. 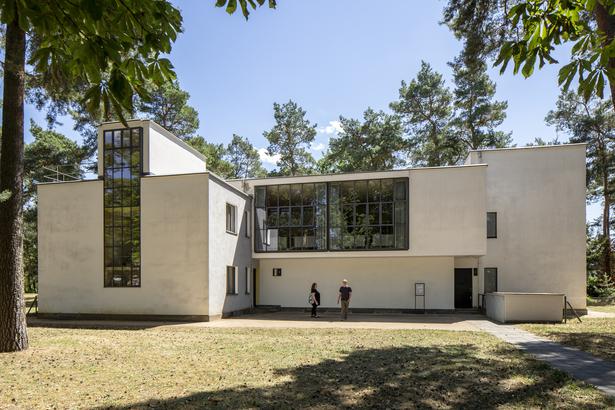 Francis Gordon Wilson, the Wellington-based chief architect for the New Zealand Department of Housing, was strongly influenced by modernist architectural thinking. He hired a number of European refugee architects, including Ernst Plischke, to work with him on public housing projects, giving them a wider platform for their work. Plischke also designed some of Wellington’s best-known private homes, including the Kahn House and the Sutch-Smith House.

Today, the legacy of the Bauhaus can still be seen in the work of local designers and architects, even when the lineage isn’t instantly apparent. In Katie Lockhart’s design for the new Deadly Ponies flagship store in Ponsonby, the fusion of art with craftsmanship for the interior pieces is a classic Bauhaus approach. The refined, linear Bauhaus approach is apparent in many of furniture designer Simon James’ pieces, and Rufus Knight’s store interiors for Aesop’s Wellington flagship and Lonely.