Lauren Marriott would love to be a full-time comic artist, but makes do with creating children's cartoons in her spare time. The senior designer at Serato creates myriad freelance projects after work, including illustrating prints for Stolen Girlfriends Club. Her illustrations feature in its latest resort collection, No Aloha.

A children's book, I am Doodle Cat, written by Kat Patrick, is being released by Beatnik Publishing this week. The central character, a lovable red cat created by Marriott, even has his own blog and Facebook page.

"Doodle Cat was inspired by a 9-year-old girl named Molly. She claims to often dream in cat, and she drew an amazing picture of a wobbly cat which really cemented the direction of our children's book," Marriott says.

Marriott studied design, majoring in illustration at Massey University, graduating with first-class honours. She says drawing has always been her passion.

"I was never going to be anything else."

She has just moved from a log cabin near Piha to a 1930s villa in Sandringham, where she's relishing the amazing Indian food on her doorstep. She lives with boyfriend Dan, cat Lou Reed, and staffordshire bull terrier Phife Dawg (pictured with Marriott above).

• I am Doodle Cat's launch party is at Silo Park on November 15 from 12pm-2pm. Order from beatnikpublishing.com. 1. David Bowie records
Bowie has always been my favourite musician. I have my parents to thank for that. I have just about all of his records but my favourite is The Man Who Sold The World, his third album. He is the embodiment of cool. 2. Megahex by Simon Hanselmann
Simon is my favourite comic artist. When I discovered his work I had just completed my first Ricky & Lyle comic, which features two bogan best friends, one of whom is a cat. So when I found Hanselmann's Megg, Mogg and Owl series the connection was uncanny. But I am very jealous of how little Simon cares about offending anyone ... I wish I could go as far as he does. 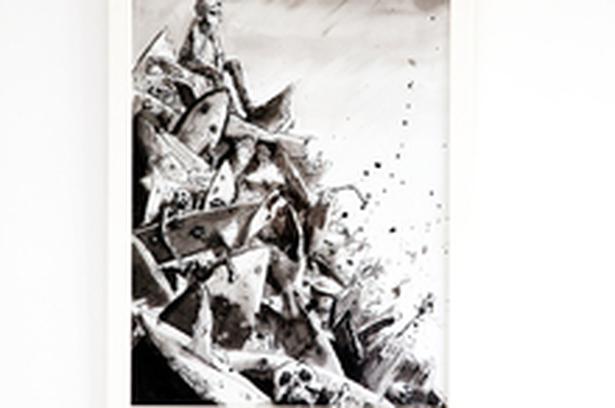 3. War Pile by Nanda Ormond
Nanda is my good friend and my favourite illustrator. I've always admired his work, he's crazy talented and his style is very unique. This painting is from his debut solo exhibition,Scenes From the Future. See his work at famousandcool.com. 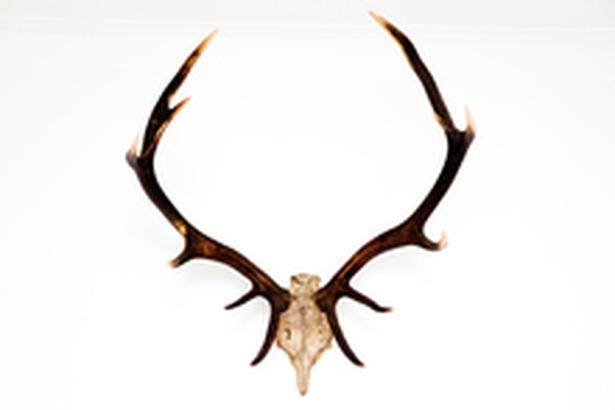 4. Antlers
My dad got me this set of antlers last Christmas. A friend of his stalked and shot the stag. When he saw him he was pushing a much larger stag backwards down a hill, Dad liked that story and thought it suited me. 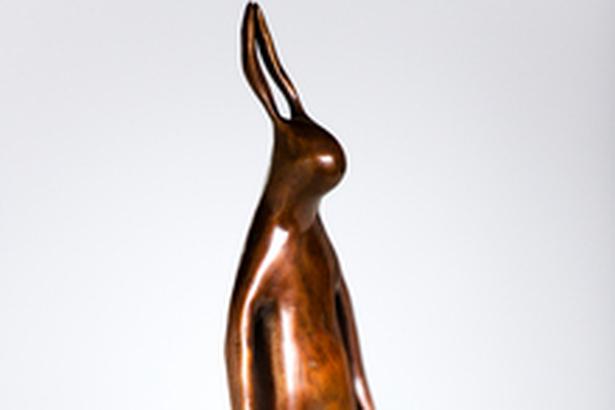 5. Bronze bunny sculpture
Bunny was my first comic character and remains my favourite. He's based on my boyfriend, Dan, and therefore shares his lanky stature and his various vices (whiskey, ciggies, etc). I sculpted and cast a series of black plastic Bunny figures for my Girl Comicsexhibition last year at Saatchi Gallery. At the last minute I decided to cast one in bronze and it was so wonderful I put a ridiculously high price on it just so no one would buy it..