When Jamie Drake renovated an 1840 Greek Revival home on Long Island and turned the attic into a study, he used Benjamin Moore's Nacho Cheese on the walls and the ceiling. Picture / John Bessler for The Washington Post

Interior designers are masters of light and colour, but even they have blind spots when it comes to picking paint.

"I can tell you right now that red is my problem colour," says Grant Gibson, whose firm is in San Francisco. Nashville, Tennessee, designer Gen Sohr says purple is "always a scary road" because it's exhausting over time.

And Mimi McMakin, a vanguard of Palm Beach chic, is wary of teal: "The wrong blue-green can really hit you in the face."

But designers aren't the type to back down from a challenge, so we asked them to reveal the colours they never thought they'd fall for -- and how they finally did. Sometimes, the riskiest options are also the most rewarding.

Los Angeles designer Chad McPhail has a knack for updating old homes without compromising their historical integrity, so he jumped at the chance to work on a quirky Hollywood estate with an eclectic mix of architecture styles. But the art deco home theatre became a pressure point when the homeowner insisted on a colour scheme built around classic, rich red.

"Red is so hard. It changes dramatically depending on the light source, and there are so many ways you can go wrong," he said. "Too berry, too cherry, too rusty, too fire engine. I was like, 'OK! I'm out of my comfort zone here.' But she was adamant, and of course, we wanted to make it work."

After weeks of negotiations, they settled on a French Empire palette of scarlet red, rusty orange and a peculiar Prussian blue. McPhail, feeling nervous, buried himself in samples. He tested 15 reds from five brands on small boards that he hung around the room in sections. Then, he watched how each changed in the light from day into night. It took a week to pick a winner, a custom mix of two reds by Fine Paints of Europe. In the end, he said, the client was right. 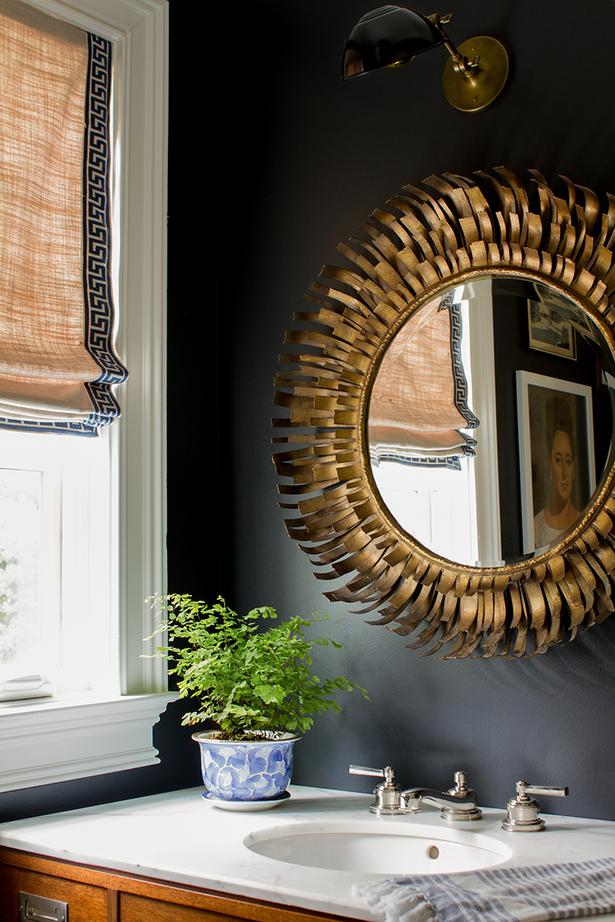 Sometimes the riskiest colours are also the most rewarding. Picture / Supplied

"The blue is powdery but not too sweet and has just a hint of grey, and it works perfectly against the rich, sultry scarlet. It's incredible," he said. "I don't know if I'll ever feel confident with red, but I certainly feel more comfortable."

Not every paint gamble will be a triumph, but McPhail says your odds are higher with every shade you sample. "I always, always do a few tests," he says. "Even when I'm really sure, even if I'm playing it safe. People think neutrals are going to be easier, but I've had to test 40 or 50 whites in a single room because all you see is light. Colors are complicated, so it's best to avoid shortcuts."

Of course, some designers light up at the thrill of conquering an "ugly" shade. Jamie Drake of the New York firm Drake/Anderson is one of them. Known for opulent, joyful interiors that burst with personality and a high-profile client list, he's long been considered the King of Color.

"I'm drawn to colours that might be considered yucky, intense, low-end even," says the New Yorker. He points to Benjamin Moore's Nacho Cheese, a velvety yellow-orange that calls to mind plastic-wrapped cheese slices or sticky notes. "It doesn't sound like something you want to run to, but I've grown to love this colour."

In fact, when he renovated an 1840 Greek Revival home on Long Island and turned the attic into a study, he used it on the walls and the ceiling. "It's happy," he says. "It's surprising because it's pretty aggressive, but mostly it feels like sunshine. Intense, intense sunshine bathing this room at all times." 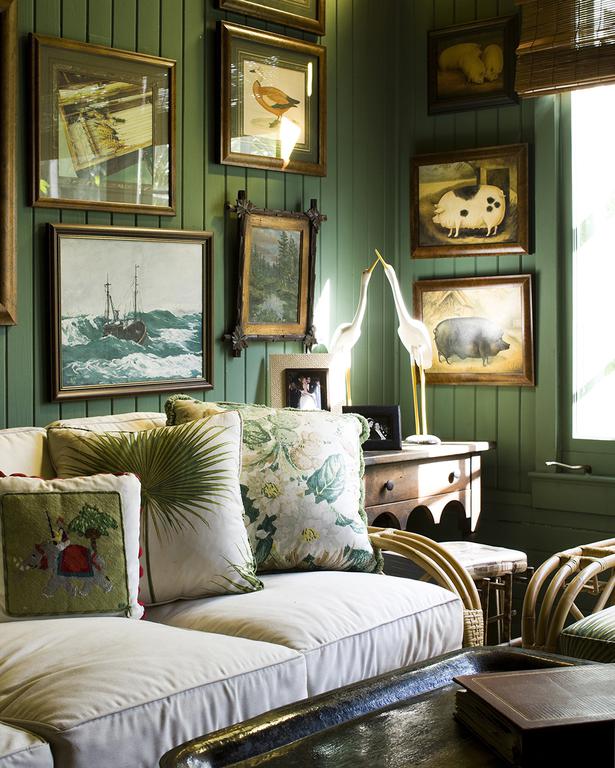 Not every paint gamble will be a triumph, so improve your odds by testing with a range of samples. Picture / Supplied

Drake doesn't bother with samples; he's always had a painterly sense of colour and trusts his gut. While his approach isn't for everyone, he maintains that some colours must be met with a certain fearlessness. Miles Redd, another daredevil designer based in New York, agrees. His favourite risky colours are hot pink and taxi-cab yellow, both of which can look extraordinary when done right but are by no means easy.

"Taxi-cab looks like dried egg yolk if done wrong," he warns. He used it in projects with Nancy Lancaster and Oscar de la Renta to great success and says lacquer colours bring an extra sparkle. "Pink is better in fabric form, which isn't exactly cheap," he says, "but no one ever said risk was inexpensive."

On a family trip to Portugal this summer, Sohr, the Nashville designer, stayed in a hotel, the Pestana Palácio do Freixo, in a room that took her breath away. The carpet, walls and ceiling were a warm golden-brown that looked, she said, like a "monochromatic masterpiece."

Though never a fan of rust shades, she was completely inspired. "I'd never in a billion years have picked this colour, but some designer did, and they went all the way. That's why it worked. It was so sophisticated and confident, you had to respect it."

Sohr and her husband started their company Pencil & Paper in 2003. Previously, they spent a decade in retail development with Gap in San Francisco. Color in interiors is like colour in fashion, she says. It's novel, playful and slyly ironic and requires total confidence. "Just like an outfit," she says, "sometimes you have to go overboard to turn the corner from plain to chic."

McMakin stumbled upon one of her all-time favourite colours by mistake. She was testing green paints for a library in Palm Beach and the mixes kept coming back wrong.

Eventually, she decided to see what one looked like on the wall. She calls it, fondly, Pond Scum Green. It's a murky shade of yellow-green that's wonderfully dismal and surprisingly cosy and feels "like an old pair of khaki pants," she said. It's become her go-to alternative to classic hunter and British racing greens, which she's bored with anyway.

"It should have been a complete failure," she said, "but some of my most dreaded mistakes have turned out to be home runs. That's how it goes."

Purple can be tricky so opt for elegant lavender. Picture / Supplied

If you're considering a DIY paint project, you may want to avoid warm colours, at least to start. Sue Wadden, director of colour marketing at Sherwin-Williams, said they're indisputably more challenging than cool colours. "They're heavily pigmented, aggressive and can be super intense if you get it wrong," she said.

The trick should work for just about any risky paint project. This summer, Wadden repainted her dining room from medium putty brown to black. "It was a huge risk for me, but I swear, the room came to life." Rather than pure black, she used Sherwin-Williams' Sealskin, which has a hint of warmth to take the edge off.