As the house’s fame grew, the owners would come home to find uninvited guests swimming in the pool. Photo / Supplied The Stahls had a few empty beer cans and a dream. They turned them into America’s most famous home

In his logbook, it was listed simply as “Job no 2950”, but Julius Shulman’s 1960 photograph of the Stahl House — a glass and steel structure that cantilevers daringly over the edge of a rocky outcrop in the Hollywood Hills — has now been published more than any photograph of any house since.

A perfect marriage of light and dark, inside and out, the picture captures two women mid-conversation in the living room, while hundreds of feet below them, the glittering grid of Los Angeles rolls out into the night.

“If I had to choose one snapshot, one architectural moment, of which I would like to have been the author,” the British architect Norman Foster once said, “this is surely it.”

Bruce Stahl was 2 years old when that picture was taken — his sister, Shari, just a baby. Now in their 60s, they have recently written a book describing what it was like to grow up in this extraordinary house, and how their parents, Buck and Carlotta — middle-class Americans with “champagne tastes and a beer budget”, as their architect, Pierre Koenig, once quipped — ignored everyone who told them their dream home was an impossibility, and found a way to build it anyway.

“You have to experience it, to understand the feeling you get when you first walk through the carport door,” Shari tells me, when we speak by phone. “You don’t expect to have that much of an expanse right at your feet. It takes your breath away.” Today, she lives outside Boise, Idaho, though returns to her childhood home once a month — as its manager and agent. Since it appeared in the 1962 film Smog, the house has been a sought-after location for cinema, television and photo shoots. It has also been recreated in Lego, and reimagined as a safe house in the video game Grand Theft Auto.

“I look forward to that visit all month,” Shari says. “Every time I’m there, I feel like I just need more time.”

Her brother, Bruce, lives about 25 minutes from the house and is “up there most afternoons”. If there’s a tour going on — about 7000 people visit the Stahl House each year — he likes to sit in, waiting until the end to reveal to the astonished visitors that he grew up there.

The interior is styled by professionals now, using the kind of high-end mid-century modern furniture that Buck and Carlotta would never have been able to afford, though their green shag carpet covering the wall behind the lavatory is still in place, as are some plastic daisies that Shari gave her parents when she was a little girl.

In the 1950s, the ridge on which the Stahl House stands was a popular spot for necking, known as “Pecker Point”. Surrounded on three sides by cliffs, the tip looked to Buck like “an island in a sea of blue sky”, when he saw it through the sliding glass doors of the one-bedroom flat that he and Carlotta rented after they married in spring 1954. “When it was first completed,” says Bruce Stahl, “it wasn’t famous, it was just different.” Photo / Supplied

Pecker Point was also one of many spaces in the city that were waiting for new construction. Los Angeles in the 1950s was a clanging, sawing, hollering hive of building work, as hordes of Americans, freed from world conflict, moved to California in search of new opportunities.

One morning, Buck and Carlotta drove up the hill to take a look. Stepping out of their Cadillac, they were surprised to see someone else on the lot — as luck would have it, the owner George Beha, and he was looking to sell.

They struck a deal on the spot: $13,500, payable in monthly installments of $200 plus interest, with Beha carrying the mortgage. Only when it was paid off could the building work begin. Their friends told them they were crazy.

While they waited, Buck and Carlotta began driving around LA, eyeing the refuse piles at building sites. “We’d ask them, can we have your broken concrete?” recalled Carlotta, and little by little, they acquired enough to level the lot. Buck did it by hand, because they couldn’t afford to lease grading equipment.

He’d been a fitness instructor in the Navy during the war, which helped — as did his day job, drawing movie posters for the likes of Howard Hughes: Buck also made his own architectural model, sculpting its curves and terraces out of empty beer and soda cans covered with clay.

Not a single architect would touch it though: the glass walls would be too heavy; the lot was too small. As for cantilevering part of the house 18ft over a cliff? “No way do I want any part of this,” one of them said. But then, a profile of a bold young architect in the Los Angeles Examiner caught their eye.

In 1956, Pierre Koenig was only 30 years old but he was a rising star. He had learned from the best — the mid-century modern master Richard Neutra. Buck invited him to the lot, an experience that Koenig later compared to looking out from “an eagle’s nest”. On December 4, they signed the contract. 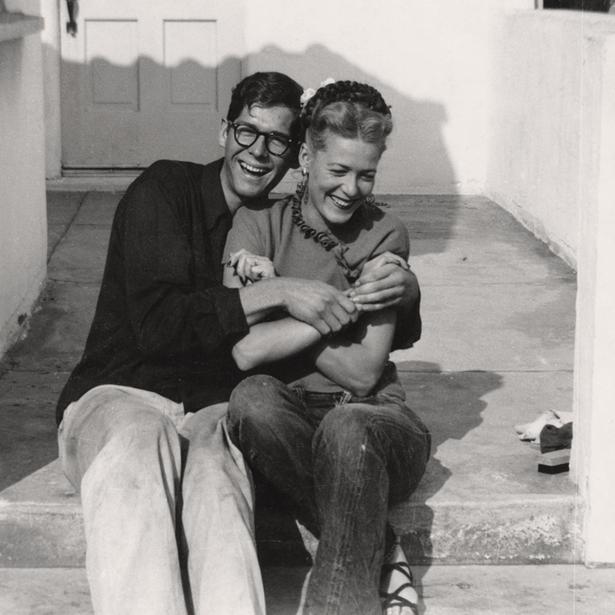 It was Koenig who applied for the project to be a “Case Study House”. This influential initiative had been launched in 1945 by the editor of the LA-based Arts & Architecture magazine, John Entenza, who, like Koenig, believed that the materials and technologies that had been developed for the war might be applied to a residential building.

In the name of “a new way of life, better living”, as the magazine had it, Entenza commissioned the nation’s best architects to reinvent the middle-class home. Between 1945 and 1968, when the programme ended, a total of 36 prototypes appeared in the magazine, though only 26 were built.

As children, Bruce, Shari and their younger brother Mark, who died in 2013, had no idea their home was so special. “When it was first completed,” says Bruce, “it wasn’t famous, it was just different.” Though, says Shari, to Buck and Carlotta, “it was always fabulous”.

Every room except the bathrooms and laundry room looked out on the pool. “We lived in that pool,” says Bruce. As toddlers, it was drummed into them that, before leaving their bedroom, they must strap life vests over their pyjamas. As soon as they could walk, Buck taught them to swim. He also taught them to dive off the house’s flat steel roof.

“He used to say, ‘Aim for the drain’,” says Bruce, laughing. He was 6 when he first tried it. “It was so scary and exciting,” says Shari, “but once we had done it, we just wanted to do it all the time.” 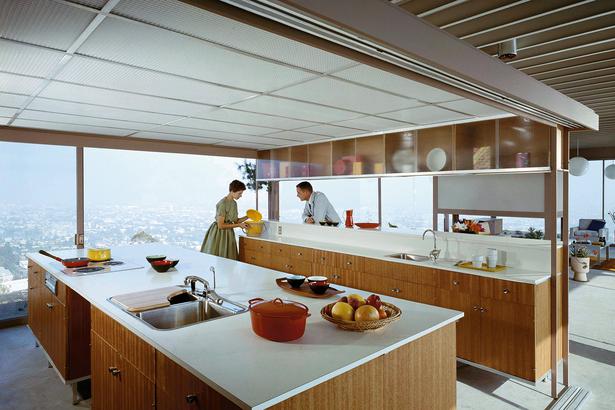 About 7000 people visit the Stahl House each year. Photo / Supplied

Buck built a chain-link fence to keep the children from falling off the hillside, where they played at going “on safari”. Did anyone ever fall over the side? “My mum was the only one,” says Shari, “but it wasn’t far down. She was bending over pulling weeds and she just continued. I had to get her out of the oleander bushes.”

“Plenty of people have fallen into the pool though,” says Bruce, “or run into closed windows.”

As the house’s fame grew, Carlotta and Buck would come home to find uninvited guests swimming in the pool. Even after Buck raised the carport wall, people found a way to sneak in.

In 2000, while giving a tour, Buck, then 88, slipped on the walkway and broke his hip. Confined to a wheelchair, he died of pneumonia in 2005. Around the same time, Carlotta began losing her memory. In 2007, Shari brought her to Idaho to take care of her.

“We’d take her back to visit as often as we could,” Shari says, “but towards the end of her life it became too difficult.”

In her final years — she died in 2011 — Carlotta began to confuse her sons, and eventually forgot that Shari was her daughter, but she never forgot her house.

“She’d say, ‘I want to go home,’ all the time,” says Shari. “She never stopped longing to be there.” 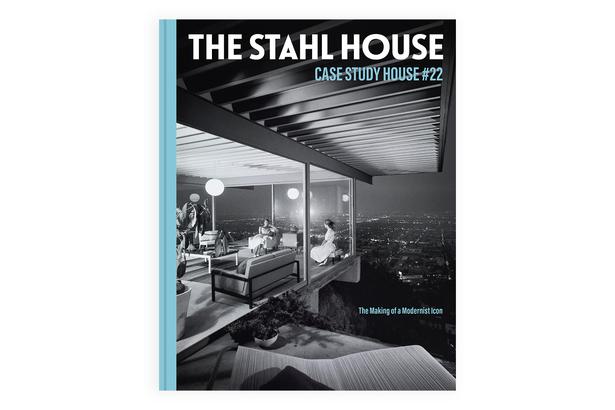 Images from ‘The Stahl House: Case Study House #22, The Making of a Modernist Icon’, $40, published by Chronicle Chroma 2021, available now.

Inside An Award-Winning Freemans Bay Home