Few of us get the opportunity to revisit, let alone live in the buildings we spent time in during our childhood. But for Tanya Wilkinson, the old Titirangi Community House where she’d taken pottery, dance and yoga classes as a child is the place she now calls home. Ten years ago, she bought the stylish 1946 house with her family, seduced by the idea of owning a slice of Auckland’s heritage.

The visionary was Tibor Donner, Auckland’s chief city architect, whose designs include the Parnell Baths, the Ellen Melville Hall, and the Le Corbusier-inspired former council building on Greys Ave. Influenced by American and Mexican architecture, he helped set the tone of the city and challenged the conventions of residential design, including in his own home, not far from this one. Donner originally designed this house for the prominent Atkinson family, who owned large sections of Titirangi.

“I feel it’s more than just having a house,” says Tanya, who is the exhibitions project manager at the Auckland Museum. “You’re the guardian of the house and its history. When I bought it I didn’t really know much about Tibor so it’s been really wonderful learning more about him.” 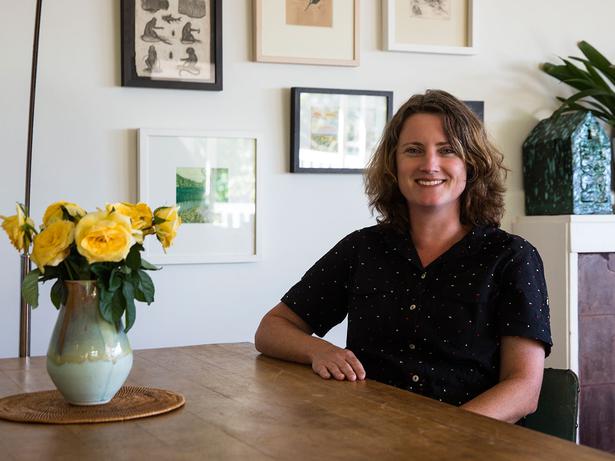 Not only is the house an important example of high modernist style which requires a lot of ongoing care and maintenance, the building has held an important place in many locals’ lives; on the odd occasion people still turn up looking for a class or function.

The weight of responsibility is something Tanya feels keenly, but it’s not hard to see why she’s so passionate about living here. The half-acre property is north-facing, its generous windows making the most of wide-sweeping views of Glen Eden’s kauri forest and Waitakere Ranges. It also has the rare privilege of being elevated yet private, enclosed by native trees, including a large manuka that’s older than the house.

“We’re in the middle of Titirangi but you’d never know. You do hear the traffic but in some ways I quite like that because you feel connected.”

Childhood memories are often triggered, particularly in the living room, where those dance classes took place. Neighbours often reminisce about the social gatherings once held here. Dancing still goes on, too — Tanya recently had a farewell for her flatmate, who lived in the former pottery studio-turned-bedroom downstairs. 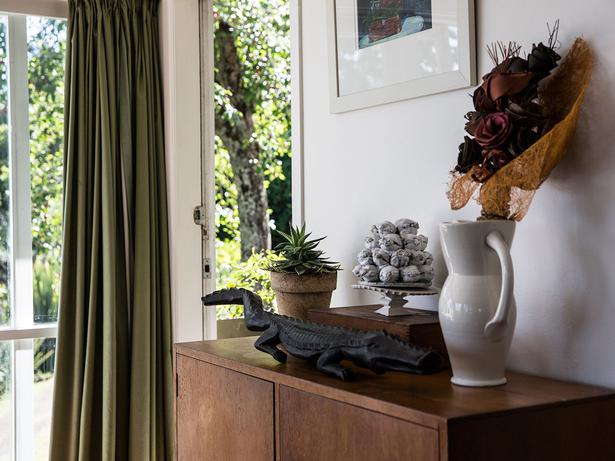 The wooden crocodile comes from East Timor, where Tanya did a stint of volunteering. Picture / Guy Coombes.

But with its restful interior and the top floor’s boomerang-shaped layout, its essence is one of serenity and flow. The kitchen is accessible from either side and connects to the living room along an unusual curved wall. A corridor to the two bedrooms and study is flooded with sunlight. The toilet is set on an angle to save space. Even the rimu weatherboards are unconventional in that they’re vertical, rather than horizontal.

“It’s been an interesting process of discovery,” says Tanya. “Looking at funny things, thinking, what was that like originally, or why is it like that?”

It was through friends that she became alerted to the fact the Titirangi Community House was going to be sold. It had originally been acquired by the council from the Atkinson family in the 1960s, who then made a number of alterations to make it more functional, including closing in the verandah and moving the front door. The house was offered back to the family when it became surplus to council requirements.

When Tanya purchased the house it had seen better days — it hadn’t been lived in as a family home for close to 40 years.

“A door was nailed to the wall that had been used as a DJ booth, and some young guys had been living here,” she says. “The floor was sticky and hideous.” 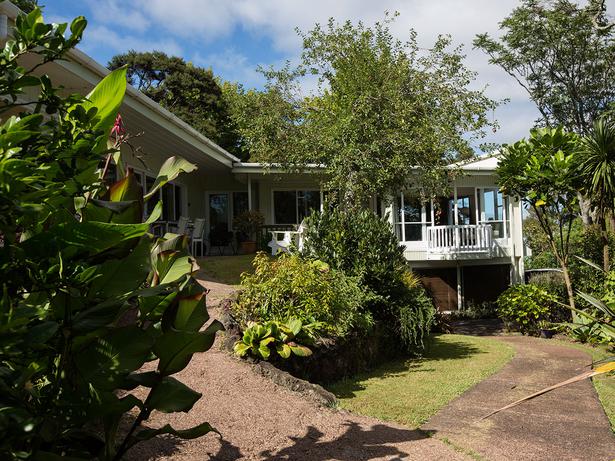 The bushy exterior of the Titirangi home. Picture / Guy Coombes.

With the help of her family, she’s spent the last 10 years slowly upgrading and restoring the house: painting “every square inch” and sanding the floors back to their original matai.

The majority of alterations were made in the kitchen, which was still set up as a community centre, with a zip, an old-fashioned bench and an oven hanging off the wall. Now the room has a modern twist, with white cabinetry and tiles and a stylish jade-green splashback.

The living room interior is also in keeping with the building’s modernist style, decorated with earthy artwork and items found on Tanya’s travels and through her work.

A large painting by Wanganui artist Johanna Pegler has pride of place over a dining table framed by blue retro chairs, “the most uncomfortable chairs in the world”. Pottery by Len Castle is displayed on a cabinet made by a friend. A wooden crocodile comes from East Timor, where Tanya did a stint of volunteering through Volunteer Services Abroad, helping women from rural areas of Timor-Leste develop, package, market and distribute food and craft products.

“I’ve always been interested in design. I did a design degree, which is where it all started really. [My collection] has built up slowly. When I first graduated, I went to Hawke’s Bay and worked at the museum, they had a fantastic auction house so every Tuesday night I’d trundle down there — I picked up a lot of things. I don’t buy a lot now but when I do, I try to buy as much locally made as possible. It’s reached saturation point, almost.” 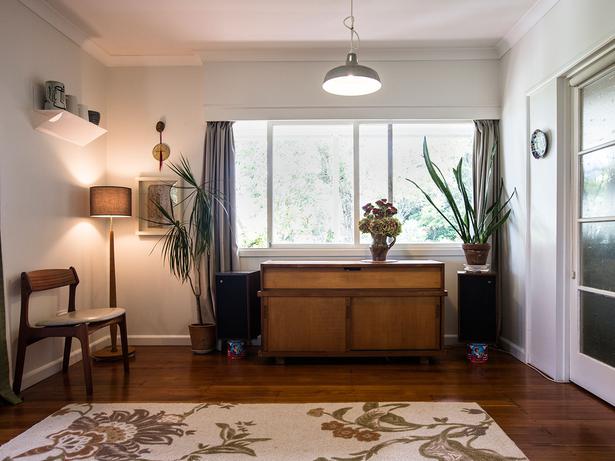 At the opposite end of the house, in the sunny main bedroom, the decor is inspired by the Polynesian islands. Flax mats cover the floor, there’s a simple wooden chair by renowned furniture designer Garth Chester, and on the bed is a traditional yellow and red tivaevae quilt she’s been sewing for at least eight years. “A work in progress,” she laughs.

The house originally finished here, opening on to a verandah. As the Atkinson family grew they closed it in and transformed it, but the room’s doors still open out to a large, tiered garden that backs on to a reserve.

When Tanya first moved in, there was so much overgrowth she couldn’t walk through it. Hours of pruning revealed rock walls and several old fruit trees.

Edna Atkinson was a talented landscape designer who had put in rock gardens and flower beds, and planted feijoa, guava and a kiwifruit vine, which Tanya only noticed after living there for a few years and spotting a furry object hanging in the trees. Whereas the hillside was almost bare when the house was built, now the trees that were planted in the ’40s and ’50s are well established. A vegetable garden is home to tomatoes, kale, celery and fennel.

“In the weekends I’ll throw the bedroom doors open,” says Tanya. “You can see weather coming in on the horizon, and on Guy Fawkes’ nights you get the whole show.”