Dr Mark Gray reckons he has always been “a bit of an outlier”. This pioneer of cosmetic dermatology in New Zealand — who has also introduced noted skin cancer treatments — certainly likes a challenge.

He energetically immerses himself in his passions, ranging from active leisure pursuits to building his business and homes and, now, to designing a skincare range.

Risk-taking goes with the territory but, as you would expect from a specialist, so too exhaustive research and exacting standards.

Of his latest venture, he says wryly: “There are no gaps [in the skincare market], all the gaps are filled. It’s the Dyson thing, there’s so many vacuum cleaners, you’ve just got to make one that is better than all the other ones.”

Achieving that James Dyson-like combination of the creative and the convincing has always been what drives him. In the early days, fresh from post-graduate study at Harvard University, Mark returned to New Zealand fired up by what he had seen in the United States.

“Dermatology was changing into a surgical/cosmetic medical field rather than looking at rashes all day,” he says. The crossover with plastic surgery and even beauty therapy was under way, along with the use of laser technology and the launch of cosmeceuticals.

“It hadn’t hit New Zealand yet.”

He jumped in at the deep end, raising eyebrows among more established colleagues. “I don’t know about that guy, he’s so commercial,” is how he recalls the reaction.

He gambled big on importing an expensive new IPL machine. This, and other innovations, built his clinic’s client base — to his relief and surprise.

He opened his first Skin Institute clinic in Takapuna in 1994. Now, there are 19 throughout the country. Tanned, taut and focused, Mark works with his equally streamlined second wife Suzanah, who is a keen road cyclist. “He’s wanted to do skincare since I’ve known him — that’s been 15 years,” she says. 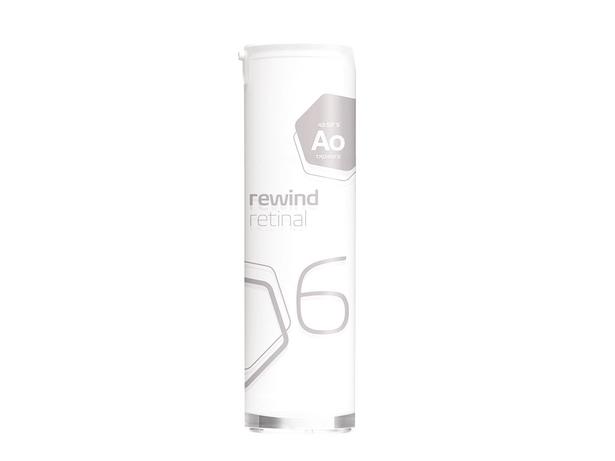 The couple, along with their business partners, marketing director James Rangihika and his wife Mel, have invested a significant sum to get their brand, Ao Skincare, up and running.

Suzanah, a nurse by training and mother of three with business studies under her belt, looks after operations. Mark has been splitting his time month-on and month-off between clinical work and developing the range.

Ao is now being rolled out in Skin Institute clinics, but it is the US market they really want to crack. Dermatologist-driven ranges aren’t uncommon there, but rather than name the range Dr Gray’s, he wanted a fresher approach.

The New Zealand connection features to provide a distinctive story overseas. This country is also the source of pure artesian water and native plant extracts. The products are manufactured in the US, however, because of its internationally recognised compliance standards and quality assurance.

Mark says skincare consumers always want something that’s going to work out of the bottle — “whamo”. That doesn’t really exist, he affirms.

A homeo-dynamic approach — recognising the skin’s ability to adapt itself — is what he favours, meaning ingredients should be chosen “to optimise its processes — its health if you like”.

The leading laboratory in San Francisco where the products are made accommodated Mark’s insistence on cold-processing, to avoid “cooking” the goodness out of botanicals. This is also more energy efficient and helps limit the amount of emulsifiers needed in the mix.

Emulsifiers, used to help oil and water combine in formulas, have a “wash-out effect” on natural oils in skin, he says, creating a vicious circle, requiring more moisturising. This is inherently wrong. “You really want to help the skin to function normally, to produce its own moisturising, it’s capable of that.”

The range includes a so-called Day Treatment to fortify and hydrate skin, rather than “moisturise” it. A sunscreen with antioxidants is inevitable from a dermatologist who specialises in complex Mohs surgery to remove skin cancers and introduced Mole Map to New Zealand to help diagnose them.

The Ao brand name (pronounced as the letters A then O) born of Aotearoa, is thanks to Mark’s adult son. The lettering used on the packaging is a nod to its scientific intent, with a periodic-table look. The science-and-nature interface chimes both with the partners’ personal preferences and market trends, meaning pesky PEGs, preservatives and parabens have been left out.

Protecting, balancing and supporting skin synergistically is the way forward, says Mark, rather than relying on just 1-2 heavily hyped “hero” ingredients. “No one ingredient is a silver bullet.” That said, he realises talking about the odd hero won’t go astray.

READ: How to Get (and Keep) Healthy Skin

His are: retinal, a gentler delivery of anti-ageing but sometimes irritating retinol; Bakuchiol, a vitamin A substitute from the Babchi plant, which in combination, boosts the effect of retinol; and the super-powerful antioxidant astaxanthin, which is an algal or seafood extract used mainly in dietary supplements.

Good product reviews on influential US websites and repeat talks with big retailers are encouraging, but Mark is under no illusions that breaking through the cosmetic clutter is a big ask. In skincare, success is often largely secured by marketing spend.

To claim “the buzz” of a breakthrough, he will need venture capital — and a lucky break. But this is a man who has always done well from making his own luck. Partner James is also in kick-starter talks with key backers.

The couple — who are just back from a short sailing break in French Polynesia — are clever at combining work and play. Monthly clinics held in Queenstown are often extended into long weekends skiing. The fields are easily accessed from their Wanaka property, which was named Home of the Year 2010.

Mark, whose family was steeped in medicine, says he would have relished being an architect. At age 58, he says he has no regrets about his choice of career and the opportunities it has afforded.

Although medicine could be “a tight box”, by working within a multi-disciplinary team and taking an entrepreneurial approach he had found satisfaction. “The business itself is a creative process.” Making skincare is an extension of that. “My motivation was to see if I could create a world-class skincare product.”

Why You Need to Try Beauty Waters