When a class of new entrants were given the fun task of drawing faces the results were colourful and imaginative. In turn, their work fired up a top makeup artist to interpret their sketches on a model’s face.

Green eyebrows, Bowie-esque zigzags and heart shapes were just some of the ideas from the five-year-olds at Kelston Primary School pre-lockdown. 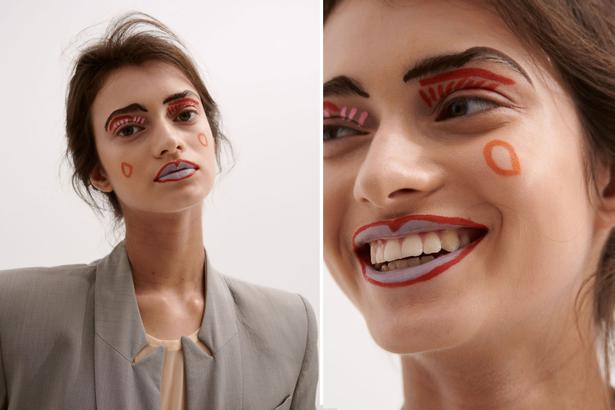 “I am intrigued by the way kids create drawings with their childlike innocence and there’s no rules in terms of what they are expressing,” says Kiekie Stanners. The senior artist for M.A.C in New Zealand found working with the children, in a class her sister teaches, was a prompt for her own creativity as well as a way of helping out during their art afternoon.

The class were asked to colour in a face chart however they liked, but to think about the brows, eyes, cheeks and lips. “It did make me smile that in a room of 15 kids, once one was inspired to do a zigzag on the cheeks or a rainbow ear it almost followed around the room.” But the budding little artists each had their own colour preferences and got to write their names on their works. 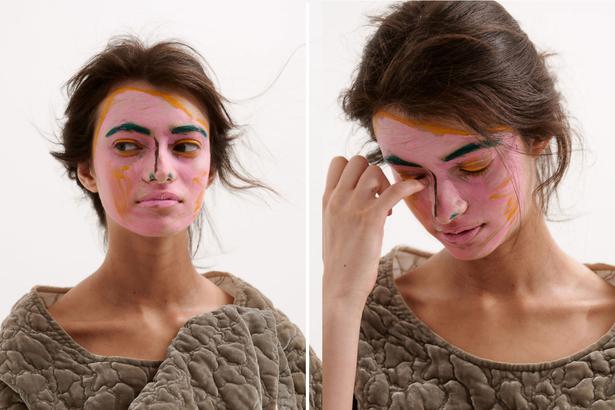 Keikie chose to replicate the face charts of four of the children — Lulu, Seini, Ronish and Sylvia — on a model as a way of “seeing beauty with new eyes again.” This involved treating the model’s face like a flat canvas to be able to have the freedom to paint in the same manner and ignore the standard placement of beauty products.

A similar freehand sensibility has been seen in some of the makeup used in fashion shows and shoots in past months. “I was inspired as a makeup artist to look at the way kids create their own drawings as a refreshing way to tell a beauty story,” says Kiekie. “We’ve seen a lot of direction that comes from runway or fashion recently that has an absolute artistic freedom to the approach – obviously for a makeup artist who is always used to creating beauty that is exactly precise it is extremely cathartic to work like a painter and have the freedom to apply in this way.”

The new entrants got to assess the makeup expert’s interpretation of their face paint. “When some of the kids were shown the pictures they thought the eyebrows and the love hearts were cool, and liked the pink on the face ‘because it’s a favourite colour’, but said that the model looked a bit like an alien!”

READ: Break Out The Mascara, Clumpy Eyelashes Are Back On Trend

Kiekie hasn’t been put off by the frank feedback. “I would love to do more projects like this — not only to inspire kids in creating art, but even for me as a makeup artist to reset how I look at painting a face,” she says.

Do Primers Really Work? Why This Makeup Must-Have Belongs In Your Beauty Bag