It's a yes to facial rhinestones, graphic eyeliner and high-saturation cheeks Hit TV shows like Euphoria and rising names in music and art are ushering in a new language of makeup artistry, from Instagram to the red carpet to the runway.

READ: Everything You Need To Recreate Euphoria's Mood-Boosting Makeup Looks

According to freelance makeup artist Lochie Stonehouse, it’s the striking high-low balance between elevated makeup and accessories, and accessible styling that sets this trend-led shoot apart.

“It’s the difference between avant-garde makeup, graphic liner and adornment on the face, but paired with a really casual, nonchalant wardrobe and hair,” he says.

“We’re seeing a teenager who is wearing their parent’s expensive jewels, but they have a bit of a punky vibe and they’re about to go out to a party. They’ve done their hair themselves — it’s not overly stylised, which makes it feel more authentic.”

CLOUD MAKEUP
There’s been an uptick of the fluffy liner trend. Lochie worked with sunset shades to achieve a soft, romantic feel — working with a pink powder blush on Seen’s cheekbones, complemented by a coral-peach shade wrapping from her temples to browbone. Using a fine eyeliner brush and the Ben Nye Clown White CW-2 Face Paint Cake, $54, Lochie handpainted each swirling white design. “They almost look like little teardrops,” he says. Over the top, he pressed in a white eyeshadow to soften the edges. “The eyeshadow I used is called Tako Pressed Eyeshadow in the shade Sugar Pearl [$19], it’s the most opaque white eyeshadow in the world. I trawled through all the blogs on the internet because white is never opaque,” he adds. For lips, Lochie painted on the Tom Ford Lip Lacquer Luxe in the shade #08 Infatuate, $105, a purple gloss that he sheered out by lightly blotting it with a cotton pad.

DOUBLE-WINGED LINER
Expect to see shades of baby and sky blue everywhere this season, Lochie says. “They’re really wearable, especially when paired with a brown eye kohl around the eyeline to really soften it into the eye.” Here, Lochie packed on Flavedo & Albedo Velvet Eyeshadow in the shade Sky, $36, with the Byredo Shader Brush 01, $58, for maximum opacity, and layered this with a graphic, double-winged eyeliner on the inner and outer corners of Paige’s eyes. “It’s something we’re seeing a lot of now — mainly with Gen Z and TikTokers embracing that trend,” he says. “I wanted to replicate that — but in my own way. It’s a great way of drawing the eye out and giving you that ultra-feminine, sexy and strong look.” For lips, Lochie worked with the M.A.C Lip Pencil in the shade Spice, $38, and M.A.C Dazzleglass in the shade Rollergirl, $38. “Something Paris Hilton would’ve worn,” he jokes. 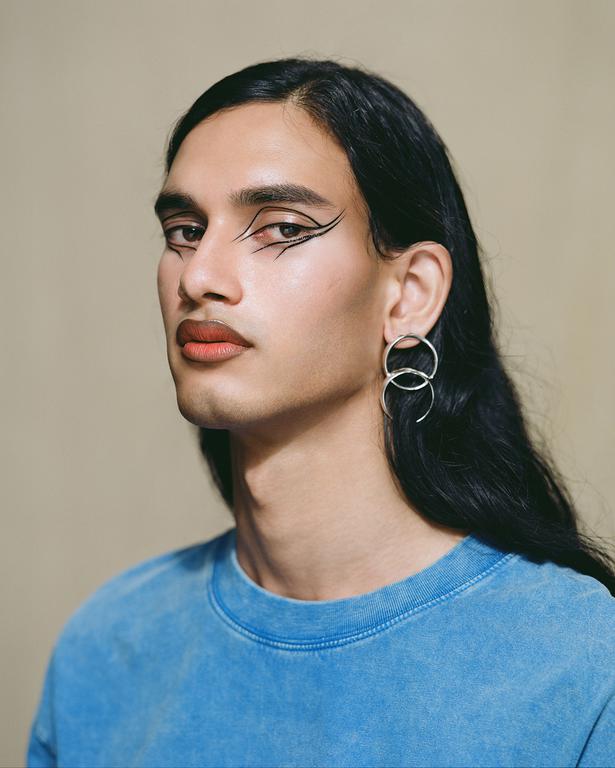 NEGATIVE SPACE STRIPES
As the makeup artist on speed dial for Aotearoa’s own pop princess Benee, Lochie has a wealth of products on high rotation when creating her beauty looks. Here, he used one of Benee’s go-to’s on Shaneel, the Stila Stay All Day Waterproof Liquid Eyeliner in the shade Intense Black, $38. “It’s the one I use religiously on Benee and it really does stay all day,” he says. For two-toned lips, Lochie used the Laura Mercier Longwear Lip Liner in the shade Hazelnut Tea, $42, to outline Shaneel’s lips, then gently patted the Gucci Rouge a Levres Voile Sheer Lipstick in the shade 307 Louise Orange, $74, on top. He matted it down with the pressed powder so it wasn’t too satin. 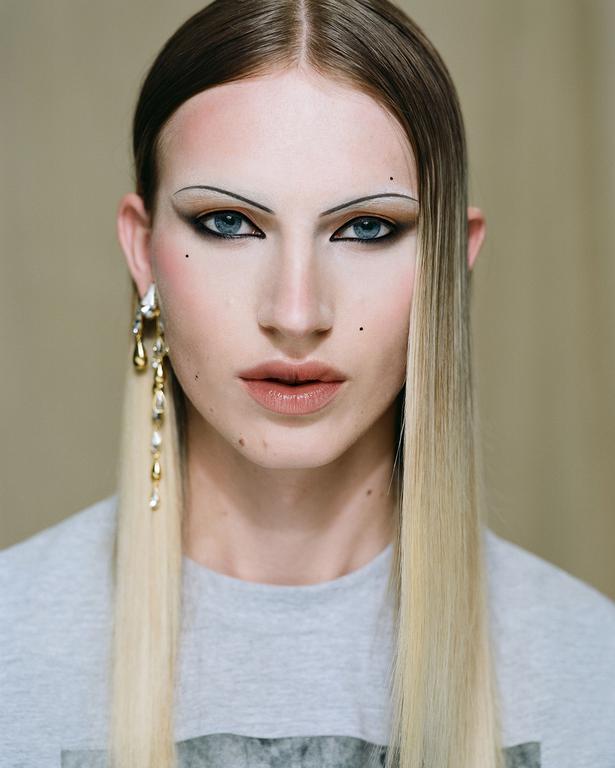 TIGHTLINE
The term “tightline” points to the precise placement of either gel or pencil eyeliner on the upper or lower lash line — creating a beautifully defined effect. Here, Lochie referenced the early 2000s by encircling Milo’s eyes with Charlotte Tilbury The Classic Liner in the shade Classic Brown, $35, before winging it out with eyeshadow in a similar shade. “Some may call it the racoon liner!” Lochie jokes. A blocked-out brow ensured eyes remained the focus, while the Dior Rouge Dior Colored Lip Balm in the shade 100 Nude Look, $67, adorned Milo’s lips. Found a lipstick you love but it’s too bright? Try Lochie’s trick to diffuse the colour. “Blend it over the lip with a fluffy eyeshadow brush to diffuse it right back,” he says.

From soft, shimmering shadows to high-impact glitters, put the pedal to the metal with the newest wave of metallic makeup to li...

Dynamic Eye Makeup Looks To Wear With A Facemask