A Scent of a Man Intense oriental style with subtle spice and a splash of rum and bourbon, underpinned by florals, leather and amber woods. From Smith & Caughey’s and selected Farmers stores.
They say: “In 1884, both Bulgari and the All Blacks were established, beginning their international ascent to greatness.
We say: The date that matters is 2015 Rugby World Cup final day, October 31.

Citrus fresh with marine accents. Profumo, compared with the original Acqua, has added depth from incense and patchouli. From Farmers, exclusively until late September.
They say: “It is the fragrance of life, a voluptuous ode to the perfection of nature and the essence of man. Man at one with the sea.“
We say: Sexy and salty.

A sharp snap of citrus, with amber and marine impressions, pepper and green woods. From department stores and selected pharmacies.
They say: “To create Sauvage, I used man as my starting point. A strong and unmistakable masculinity. Like the image of a man who transcends time and fashion.”
We say: Wild by name, tamer on the nose. 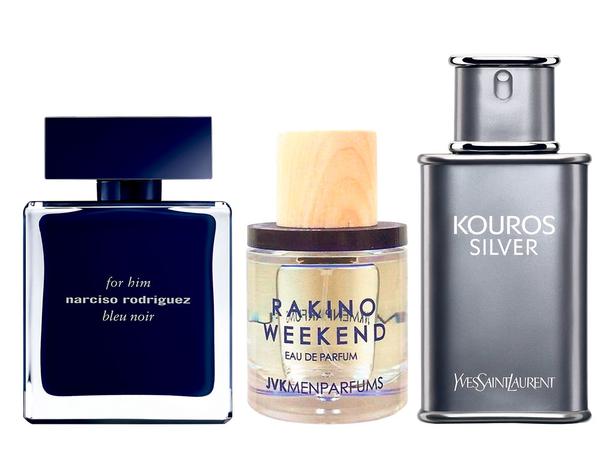 Clean, cool and green with cardamom and a gentle musk heart and woody base. (From selected department stores and Life pharmacies)
They say: “It’s a new kind of masculine ease that I find to be profoundly sexy. This fragrance is a great reflection of that aesthetic.”
We say: Sensual and soapy.

That rare thing, a fragrance for men from a New Zealand viewpoint, smelling of sea and spray, grass and gin and woods and leather. From World stores, see worldbrand.co.nz.
They say: “Our cologne captures the sense of freedom and adventure felt searching across land, sky and sea. ... of a summer well spent.”
We say: Book the bach and take this with you.

The smell of a Mediterranean summer first hit shelves in 1981. Now the Kouros name extends to this fresh Silver scent with a new green apple twist plus sage, amber and woody notes. From selected department stores and pharmacies.
They say: “The Kouros man is the corporeal evocation of youth and perfection. In 2015 the living god reappears, under a younger and more modern trait.”
We say: Crew the yacht and stop talking rot.

How to Do Ombre Nails