When Gwyneth Paltrow held a no makeup party for her celebrity friends in the Hollywood Hills a few weeks ago she brought together two of the biggest trends in modern-day beauty — a less-is-more look with do-what-it takes intervention.

Exhibits included her perky self, actors Demi Moore and Kate Hudson and stylist Rachel Zoe. Women of a certain "ageless" age — in their 40s and 50s — who, alongside contemporaries such as the terrifically toned Jennifer Lopez, ever-smiling Julia Roberts and Friends lifer Jennifer Aniston, all too often evoke comments about how good they "still" look — as if attractiveness is an entitlement only of the young.

If you follow Gwyneth's goofy Goop wellness website then you may get the impression that crystal cradling, vegan eating and self-love will do the trick, but we all know that personal trainers, facialists and discreet specialists are usually part of the celebrity entourage.

Trust the actor-turned-entrepreneur to encapsulate our time's seemingly contradictory attitudes to appearance; attitudes that are now noticeably dividing along age lines. Generation Gap Face is how the UK's Daily Telegraph newspaper describes the striking dichotomy between mature women focusing more on health and wellbeing than too obvious enhancement and a younger generation for whom augmented reality is becoming normality. 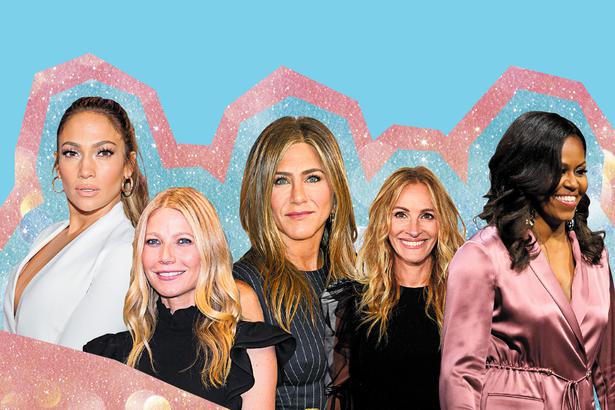 While mothers go to yoga classes and juice up afterwards, their daughters edit endless posing and pouting selfies to show only their best angles. "For the first time, young women in their early 20s are looking more 'done' than those twice their age," is how Telegraph writer Annabel Jones put it. They're seeking out cosmetic procedures that transform rather than tweak, London practitioners told her.

Where the marker of youth was once looking fresh-faced, now it seems that's more the preserve of the well-preserved. Think Michelle Obama v Kylie Jenner. Jennifer Aniston v nearly any contestant on Married at First Sight (UK, US or Australia).

The New Yorker magazine has dubbed this "done" phenomenon as "The Age of Instagram Face", whereby a generation raised on Keeping Up with the Kardashians aims for likes with similarly exaggerated features to its stars.

Anyone with access to a phone camera and Face Tune can transform and share themselves, or do it for "real" (IRL) if they have the spending power or access to credit. Either way, it's adding up to what the magazine notes in America as the "gradual emergence, among professionally beautiful women, of a single, cyborgian face."

Sexy tiger face is another description doing the rounds. Think cat-like eyes with long lashes, razor-edge cheekbones, a tidy nose, full lips, pert chin and smooth skin. Team the young triangular head with a body that owes much to Barbie — with the added expectation of abs and a booty.

New Yorker staffer and article author Jia Tolentino notes another unsettling aspect of the anatomically unusual Instagram ideal: "The face is distinctly white but ambiguously ethnic — it suggests a National Geographic composite illustrating what Americans will look like in 2050, if every American of the future were to be a direct descendant of Kim Kardashian West, Bella Hadid, Emily Ratajkowski and Kendall Jenner (who looks exactly like Emily Ratajkowski)."

We — or should that be they, the Instagrammable ones — are all in it together it seems. Morphing. This at a time when diversity and acceptance are both goals and buzzwords. Should we be scared of this new world order, where so many people of all ages immerse themselves in screens and shows that are changing perceptions and expectations?

When appearance medicine has come out of the discreet clinic into the suburban mall. Where New Zealand is way behind most developed nations in uptake of cosmetic procedures (see below).

It's not all extremes, of course, for there are plenty of well-balanced, near bare-faced millennials and Gen Zers out there, driving demand for sustainable beauty and increasingly switching their spend from makeup to skincare.

Cool girls who want to look like their best selves, not an impossible avatar. Among older women, the vast majority are more intent than ever on living well, accepting ageing isn't to be denied, but that it can be managed and, yes, enjoyed.

Grey hair and all, as Jane Fonda, aged 82, and Sharon Osbourne, 67, finally recently revealed. Appearance medicine specialists say that women born in the era before cellphones and their cameras became the way we tracked attractiveness, generally want any work they choose to have done to be so subtle it keeps everyone guessing.

They look to people like Jennifer Aniston, who, when she finally entered the world of Instagram last October, set a record for amassing the most followers the fastest. She now has 30 million fans (and Brad Pitt!) watching and wondering how she does it.

We can all have fun on the Gram, but there's clearly a cost for those who follow its "perfected" people too slavishly. Gywnnie and her smiling girl gang look like they're having a jolly good time — so maybe we should stop scrolling and sighing so much and instead throw a no makeup party.

Generation Gap Face is real, but it's not all encompassing, so I reckon this is really the time to talk of Two-faced beauty — a flip-side reference as much as a polarising position that reflects the duality that is at the heart of of how we live now and how we aspire to live in the future.

READ: Book A Beauty WOF: How To Refresh Your Look At Any Age

Appearance goals of healthy rejuvenation rather than reinvention seem the right call whichever side of the age coin you fall on.

Beauty is no different to the shift in attitudes going on in food and fashion — conscious consumers want to look good, feel good and do good. To be the best they can whatever their age and in the way they feel most comfortable with.

It's just how to get there in good heart, good health and good conscience that is the evolving issue.

NEW ZEALANDERS AND THE NEEDLE
Two thirds of New Zealanders think cosmetic injectables are becoming more socially acceptable, says the first in-depth independent survey on attitudes to their use here.

It shows that one in 20 people have had a treatment or are likely to have one within the next 12 months. Enhanced self-confidence was cited by 69 per cent as the key benefit in contemplating such treatments.

Aucklanders, at 48 per cent, are most likely to fully support injectables (6 per cent) or consider them okay and up to the individual (42 per cent), compared with 45 per cent combined approval in Christchurch and 43 per cent in Wellington.

Christchurch had fewer people (8 per cent) totally against their use than elsewhere, with the national and Auckland figure at 10 per cent and Wellingtonians the most opposed at 12 per cent.

Other findings from the survey by digital brand insights firm Yabble of just over 1100 people late last year were:

New Zealand's uptake of Botox sits at 6 per cent, compared with 9 per cent in Australia, according to its maker, US-based Allergan. In its home country, the uptake is 11 per cent. The company predicts growth, especially among millennials, younger consumers and men.

In a 2018 global survey of 14,500 "aesthetically conscious consumers", those in Saudi Arabia were found to be the most needle happy, with 41 per cent having used a muscle relaxer and 36 per cent a filler.

Growth in use here is inevitable, fuelled by worldwide trends and more providers. Reputable industry figures tell Viva that consumers need to look for quality rather than price alone.

The founder of Off & On, Nicky Shore, commissioned the survey to get a clearer picture of the beauty services business. It found customers wanted the assurance of operators with set procedures, medical oversight and thorough consultations.

Nicky told Viva that New Zealanders generally took a cautious approach and were after a natural-looking result. But there were generational differences. Older women wanted to looked refreshed, rather than ending up "with a Nicole Kidman, aka frozen face", while younger ones were more keen on transformation, as seen in growing interest in Kylie Jenner-type lip treatments.

Men took a practical approach, wanting to stay relevant in the workplace, or deal to excessive sweating. She welcomes more openness and informed use of injectables, but says: "Great hair, great brows, good teeth — more than Botox — are still the best things for feeling fab."