Beauty News You Need to Know

News from the beauty front WE LOVE ... Lena Dunham’s podcast Women of the Hour, with season two kicking off. A special episode launching the new season will see the Girls star discuss the significance of stirring confidence in women with cosmetics heiress Jane Lauder and actresses Gina Rodriguez, Erendira Ibarra and Jessica Nkosi. Clinique has come on board to support the episode and help share their #DifferenceMaker campaign message. Download the episode through iTunes, on LennyLetter.com or listen to it here. Plus, you will be able to watch each of the actresses’ inspiring stories from the Clinique Difference Maker’s campaign at Clinique.com

WALK WITH A PURPOSE
Get together a group of friends or join the crowd on a weekend walk next month to support fundraising for the Breast Cancer Foundation. Non-competitive walks are being held in main centres as part of Breast Cancer Awareness month. The Auckland event is on October 8, with a Domain and waterfront late-afternoon ramble of a half-marathon (21km) distance, or a shorter 5km course.

Participants are encouraged to wear pink gear to identify as Pink Star Walkers in the event, which ends in evening entertainment from Jackie Clarke and other popular performers. Radio host Stacey Morrison is one of the MCs, as well as a foundation ambassador.

Registrations are open now and you can contribute more by setting up fundraising pages so friends and family can sponsor your efforts. Money raised backs counselling and rehabilitation services and detection education programmes. Last year $5,000,000 was contributed. For full details visit pinkstarwalk.co.nz 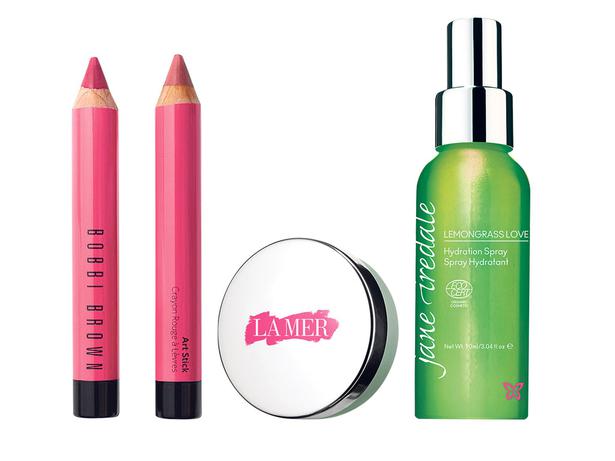 TIE IT ON
Look out for Pink Ribbon products sold during October to further boost fundraising to combat breast cancer. The annual drive is a good chance to give back when you buy from contributing brands. One of the biggest supporters is Estee Lauder Companies, having been involved since the start of the now-global campaign in 1992. Lauder has raised more than $65 million over the years and locally sponsors the Pink Star Walks.

This year four of its brands in New Zealand are donating, with the pinkest prize going to Bobbi Brown’s Art Stick crayon duo selling for $92 with 20 per cent donated. Other items to catch our eye include La Mer’s luxury Lip Balm, $124; Clinique Dramatically Different Moisturising Lotion with key chain, $100; and Estee Lauder Advanced Night Repair Complex, $184, and Pink Perfection Colour Collection for lips, eyes and cheeks, $79. Electric pink ghds are also being sold for $360 and $310, with $20 donated, looking to further boost the $18 million raised worldwide from these limited-edition products.

Mineral brand Jane Iredale is another supporter through sales of its new Lemongrass Love hydration spritz, $60. Check out Farmers in October, when lipsticks from a wide range of brands are being sold with a portion of purchase price donated.

TRILOGY MEETS WANG
New Zealand beauty brand Trilogy has caught the eye top American designer Alexander Wang. For Paris Fashion Week, Trilogy is sending across beauty packs that will be available in the designer’s showroom, which will be visited by more than 2000 guests coming to view his new SS17 range shown at New York Fashion Week earlier this month. Each pack will contain Trilogy’s Make-Up Be Gone Cleansing Balm, Hydrating Mist Toner and Everything Balm.

How to Revitalise Your Beauty Routine

Try these fresh ideas to renew and restore your appearance and sense of wellbeing, says Janetta Mackay