Hot Beauty Openings & Charity News You Need To Know About

Get the scoop on the latest beauty openings, events and charity news

Mecca Madness Hits New Zealand
Following the opening in central Auckland of Mecca’s biggest beauty emporium comes word that a Tauranga store will be open by the end of November. The planned Mecca Maxima store at the Bayfair Shopping Centre will become the 11th New Zealand location for the Australian chain. A Sylvia Park store is set to open this year also, with more locations in the pipeline for 2019.

The Auckland concept store — in the old Topshop corner site at 191 Queen St — stretches over 500sq m, and houses 100 brands exclusively in this market. It combines elements of both Mecca Maxima and Mecca Cosmetica, plus extended space for fragrance and product sampling and makeovers and lessons. A new feature is complimentary beauty workshops. Seats must be booked for the short hands-on sessions to be held Thursday to Sunday. Topics range from contouring tips to applying glitter makeup. Meccabeauty.co.nz

The Face Place Heads To The North Shore
The Face Place is expanding to the North Shore, with Dr Catherine Stone’s appearance medicine clinic based in Britomart, branching out to Takapuna. The clinic will take an upstairs spot in The Department Store on Northcroft St from mid-October.

Gucci Gets a Facelift
The opening of the renovated Gucci store on Queen St this month excited fashion fans, but also worth checking out is the arrival of the Gucci Décor collection. This includes a table of stunning candles designs (pictured) in keepsake china. Next step, we hope, might be the eventual arrival here of Gucci Beauty.

The Christmas Countdown
Whether this fills you with excitement or dread, it’s less than three months to Christmas. At Viva we’re starting to preview beauty gift ranges and will give you early notice when some of the best hit stores.

Luxe looks are definitely a feature this festive season. Organised shoppers would do well to check out the expanding beauty department at Smith & Caughey’s (latest arrival luxury French range Sisley Hair Rituel, following the arrival of Armani beauty), where gift items are a specialty.

When it comes to the littlies, planning can save time, with the department store already accepting bookings for visits to see Father Christmas at its Queen St Christmas wonderland. He flies in from November 23 until Christmas Eve. Smithandcaugheys.co.nz 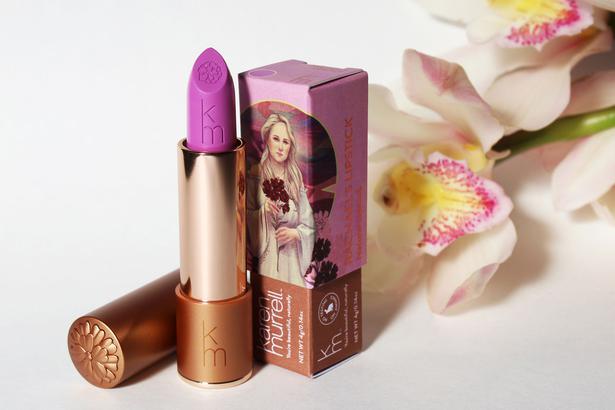 Rachael's Lipstick A Sell-Out Success
The sell-out success of a special fundraising lipstick shade has prompted a second production run of the pink-purple shade. Sales of Rachael’s Lipstick will be extended to retail outlets as well as online, after nearly $19,000 was raised in a month, to be split equally between the Make a Wish Foundation and the Cystic Fibrosis Association.

The charity initiative came about when cystic fibrosis sufferer and makeup fan Rachael Cox asked Make-a-Wish to see lipstick being made. Auckland lipstick maker Karen Murrell obliged, but went the extra mile, finding out Rachael’s favourite colour and creating a special shade from which all sales proceeds are being donated.

Because the limited edition colour proved so popular, the fundraiser has been extended for the summer months. Look out for Rachael’s Lipstick, $32, in stores from October or see Karenmurrell.com

Go For A Pink Walk
Step out with friends to support the fight against breast cancer by participating in 5km or 10km Pink Walks being held in Auckland in October and then in November in Wellington and Christchurch. The annual event raised more than $400,000 in New Zealand last year and attracted thousands of walkers. With a theme of “Do it for the ones you love,” the aim this year is to boost the sum donated to the Breast Cancer Foundation’s research and awareness work.

Walkers are encouraged to register early, seek sponsorship and join together to make the late afternoon walks a celebratory outing of community pulling together. Dressing in pink is encouraged, with spot prizes to win. See Pinkstarwalk.co.nz 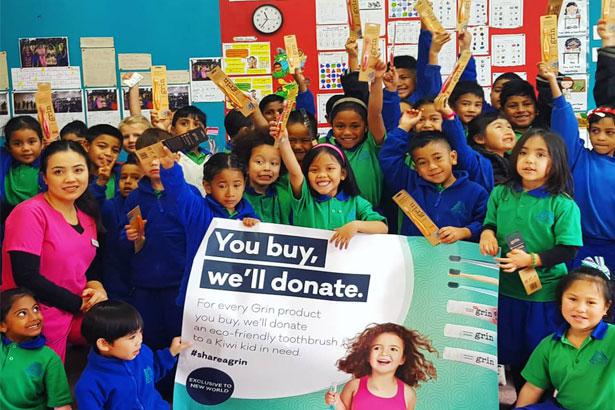 Panmure School in Auckland benefited from the Share A Grin campaign. Photo / Supplied

Share A Grin A Triumph For Teeth
A campaign to provide needy children with 50,000 biodegradable toothbrushes has hit its ambitious target. Grin Natural, a New Zealand-owned natural toothpaste and brush company ran its Share a Grin campaign for 11 weeks through New World supermarkets, matching sales with donations. Among those to benefit were pupils at Panmure School (pictured) in Auckland.

The Best Beauty Crackers & Baubles To Gift This Christmas

Sit back, relax and discover all the news you need to know before your next spa appointment

Fun & Playful New Beauty Products To Get Creative With