How to Be Sun Smart in Winter One in five New Zealanders apparently routinely goes unprotected in the sun because they want a tan. Now, with winter upon us, the temptation to seek out extra colour by cutting corners is even greater.

Those heading for breaks on the southern slopes or beaches overseas, or just striking it lucky with a bright weekend, may be lulled into a false sense of security that a little exposure has to be good. Think again, says specialist dermatologist Dr Mark Gray, who takes a particular interest in skin cancers.

He is concerned at the complacency revealed in a survey commissioned by the Skin Institute, of which he is a founding director. Despite this country having one of the highest rates of melanoma in the world, the survey found many people were not taking sun safety seriously. About a quarter of men and women said they only occasionally used sunscreen.

“Although most Kiwis do know how to be sun safe, it seems they aren’t all applying this knowledge to life,” Dr Gray said. “These figures are really disappointing to hear — especially when you have to face those who are affected by skin cancer on a daily basis.”

Translating know-how into action was the issue, and this applied equally to people needing to make the time for skin checks to pick up potential problems early.

More than a third of the 500 respondents to the Buzz Channel survey admitted they lay in the sun for 1-10 hours a week and one in three had been sunburned to the point of peeling once or twice in the past 12 months. Ten per cent of men said they could not protect themselves because of their work.

“People need to take it seriously and it’s a simple thing,” said Dr Gray. On the brighter side, the survey found 44 per cent of people often wore sunscreen, 82 per cent opting for SPF30 or more.

Dr Gray, a keen skier, said he was an “SPF50+ guy” on the slopes, choosing zinc-based sunscreens, but in ambient exposure SPF30 sufficed. In winter it was particularly important to protect the face, with drying and cold air affecting the skin barrier. To safeguard or improve skin condition he recommends souped-up skincare and sunscreens.

The likes of vitamin B3, niacinamide, vitamins A and E antioxidants and botanicals help mop up the free radicals linked to accelerated signs of damage, from pigmentation to pre-cancerous changes. Amino acids and peptides that help stimulate collagen regeneration also have a role in healthier skin.

Dr Gray said treatment options for those with sun damage ranged from photo dynamic therapies for rejuvenation to immune-stimulating creams, such as Picato, that act topically and quickly on pre-cancers. Although some melanomas were “sneaky”, few were so aggressive they could not be treated if picked up early, which could also minimise the surgical intervention needed.

With one in 15 New Zealanders likely to develop a melanoma, monitoring was vital. “Early detection is our best chance of cure.”

This is where regular skin checks on moles and freckles comes in. The Skin Institute, which offers a free check on 1-2 suspicious moles, urges those over 50, especially Caucasians, to be checked all over annually.

Younger people should be checked every 2-3 years unless there were specific concerns or a genetic predisposition to moles and melanoma. Yet, the survey found 55 per cent of respondents had never had a skin check by a medical professional and 40 per cent did not know what an unusual mole looked like. 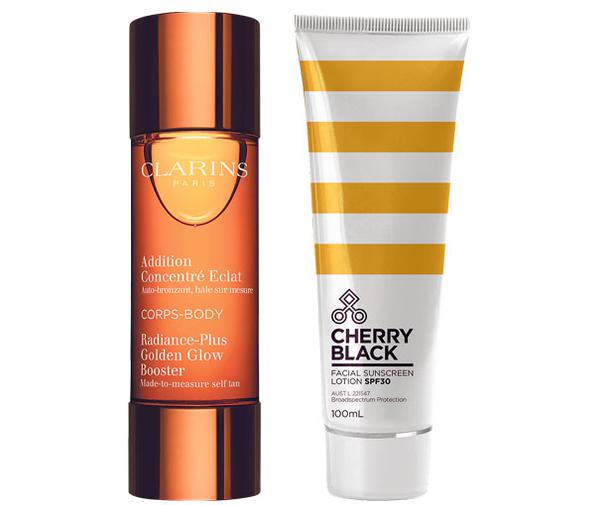 Clarins Radiance-Plus Golden Glow Booster for Body $54, for Face $41.
Cheat the sun by adding a few drops of this mix to your body lotion or try the face formula. Neither will offer sun protection, but they should remove the temptation to tan by turning you a subtle shade or two darker.

Cherry Black SPF30 Facial Sunscreen $79.95.
Developed in conjunction with the Skin Institute, this 20 per cent zinc oxide formula with vitamin B gets its name from its cherry plant extract. Fragrance-free and unbleached.

Is It Worth Buying Expensive Beauty Products?

The Australian nutritionist and author of The Happy Cookbook's drinking diary

The Best Balms for Chapped Lips

These lip balms are sure to make you more kissable