Charli Howard has written a book about her time in the modelling industry. Pictures / Supplied Charli Howard Opens up About the Modelling Industry

After struggling to break into the modelling industry, dealing with ruthless agents and photographers, and suffering mental illness, Charli Howard decided enough was enough.

She called out her agents on their constant pressure, “refusing to feel ashamed” for not being smaller than a size 6 (as they asked), spurring the next phase of her career.

She’s still a model, with a more accepting agency, and has garnered a massive social media following for her body-positive posts and unretouched photos.

Her ability to turn negative experiences on their head has seen her write a book about what it’s like to deal with eating disorders and mental illness, which have been present for most of her life.

Detailed and honest, the book begins with a warning to those who may find the issues too close to home, gently advising them to wait until they’re ready to read it.

The book serves as a reminder that as with anything, there are inevitable lows that come along with the glamour of the industry, some of them scarily intense.

We asked Charli some quick questions about Misfit, modelling and what she's learned about being in the public eye.

Congratulations on the release of your book! What has the response from readers been like so far?
It’s been amazing - 95 percent great reviews online which is obviously nice when you’ve slaved away over your work for eight months!

You mention wanting to go back to your younger self and "shake them" — what are the biggest pieces of advice you wish you could give to your teenage self?
I just wish I could’ve said that you won’t find happiness in a dress size. It’s so cliched, but it’s true. I honestly wish I could’ve gone out and socialised with people, rather than worry about calories and food.

Why do you think it’s harder for teenagers now, compared to when you were younger? Do you think a rise in body positivity projects like your own is helping to balance the intensity of social media?
I have to give teenagers such credit nowadays as they have such stressful lives. I think social media can be a blessing and a curse. I think it’s great that girls have access to cool, inspiring women (I never had that) but I also think there must be a huge pressure to appear cool on it.

You’re not calling for doing away with aspirational images entirely — can you explain what you view the role of models as being? How do you think this is changing?
I think that models should be role models: girls who have a voice and who use their beauty to help others, even if it’s helping in a soup kitchen once a week. I want young girls to aspire to more than just looking good, and that starts from the images of women you see across the media.

What are the things about the modelling world you think need to be addressed most urgently?
I think the colour problem — I want to see more women of all ethnicities in fashion images and not used as tokens.

You’ve obviously opened up a lot more than most people would, both in your book and on social media — how do you decide what to share and what to keep to yourself?
Well, it’s my account, so I can share what I want, essentially. But I do have a big mouth and have started to see that some things should and can be left private, like political beliefs or answering haters back!

Writing the book must have been a very intense/intimidating process — how did you motivate yourself during the toughest moments?
It wasn’t always the easiest. I took myself to a coffee shop every day and worked from in there. Copious amounts of tea did the trick, as did calls to my mum!

What do you hope the impact of your book and its honesty will be?
I hope it encourages girls to live their lives and to stop worrying about things they can’t control. I also hope it helps girls suffering with similar issues, like OCD, anxiety and depression, to speak up and talk.

How do you take care of yourself during a tough day?
Today has been one of those days, as a matter of fact. I try to not beat myself up over things I can’t control and try to let negativity slide off of me. I cook myself something nice, have a cup of tea, then always remember tomorrow is a new day.

What are your main goals for the rest of 2018?
I want to keep representing the women and girls of my size who don’t see themselves in the media. It’s time our body types were shown, too! 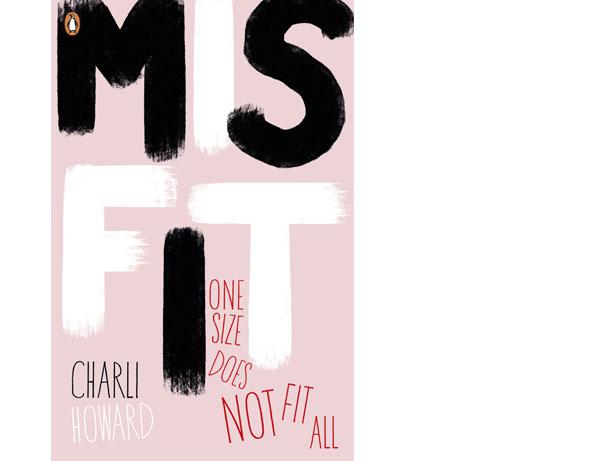