The flamboyant Club Kids movement was born out of the Aids pandemic. So what's in store for those now dreaming of a wondrous escapist fantasy? Oft blossoming from the buds of underground culture, spreading through street style and permeating into the mainstream, makeup has long been a joyous form of transient and inclusive self-expression.

But with clubs shut and people trapped in their homes for so long, where to now for an industry that yearns to pull on the creativity of community?

The late Michael Alig, founder of the legendary Club Kids, a collective of outrageous and flamboyant rave scene personalities who ruled New York nightlife in the 90s, once explained that they were a direct response to an Aids pandemic that saw formerly vibrant clubs bereft and empty.

So can we expect to see a similar creative surge coming out of the Covid kids? Given the dramatic decline in makeup sales over the past 12 months you can be sure many brands are hoping so. 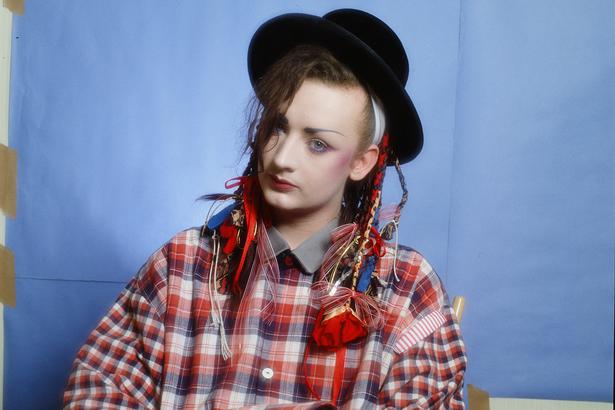 Before there was YouTube there were club nights. In these spaces new makeup trends took shape, evolved and grew, crowdsourced from the dancefloor.

Set against a backdrop of bleak 80s Thatcher-era politics, club nights in central London played a hugely influential role in merging fashion and music in a precursor to the Club Kids of 90s New York.

At the legendary Batcave in Soho, frequented by the likes of Siouxsie Sioux and Robert Smith, post-punk quickly morphed into Goth and the only rule was “no disco, no funk”.

Bands like Specimen and Alien Sex Fiend shared a stage with art house horror films and the whole scene was set with spiderwebs and bin liners. Hair was big (those who couldn’t afford hairspray used soap and water to tease their hair to mandatory mass) and everyone wanted Siouxsie’s Egyptian-inspired kohl eyes.

READ: Dynamic Eye Makeup Looks To Wear With A Facemask

The Batcave was only a fleeting moment in time but the aesthetics crafted there live on.

Across town a fashion-led Tuesday club night at the Blitz in Covent Garden led to the coining of the moniker ‘Blitz Kids’; those who pioneered the New Romantic movement. Any given night would find David Bowie performing ‘Let’s Dance’, or house band Spandau Ballet crooning ‘True’ to a crowd who had to be dressed-to-express to get in the door. A raver at Batcave club off Carnaby St in London. Photo / Getty Images

Faces were colourful, wild, geometric — and mostly crafted using stage makeup as cosmetics on offer were rudimentary at the time. Cloakroom attendant George O’Dowd (later Boy George) was arguably the best dressed of all.

The Blitz kids set the scene in the club. Their handmade, over-the-top costumes from the fertile imaginations of punters, like milliner Stephen Jones and John Galliano, would spill out into the mainstream on the streets of London and through the pages of The Face and i.D to be reinterpreted by the masses.

The following decade, a similar seismic subcultural surge appeared with the debut of Michael Alig’s Club Kids. Natural heirs to Andy Warhol’s Studio 54 scene, these peacocking rave scenesters came to rule 90s NYC nightlife with a mix of creative freedom and entrepreneurship, all set to a soundtrack of electroclash and acid house.

They capitalised on the roles they played as early (non-digital) social influencers and charged appearance fees, knowing their presence drew crowds.

And they inherently understood the power of harnessing an audience, soon booking appearances on talk shows including Donahue and Joan Rivers; blowing the minds of teenagers all across the US. 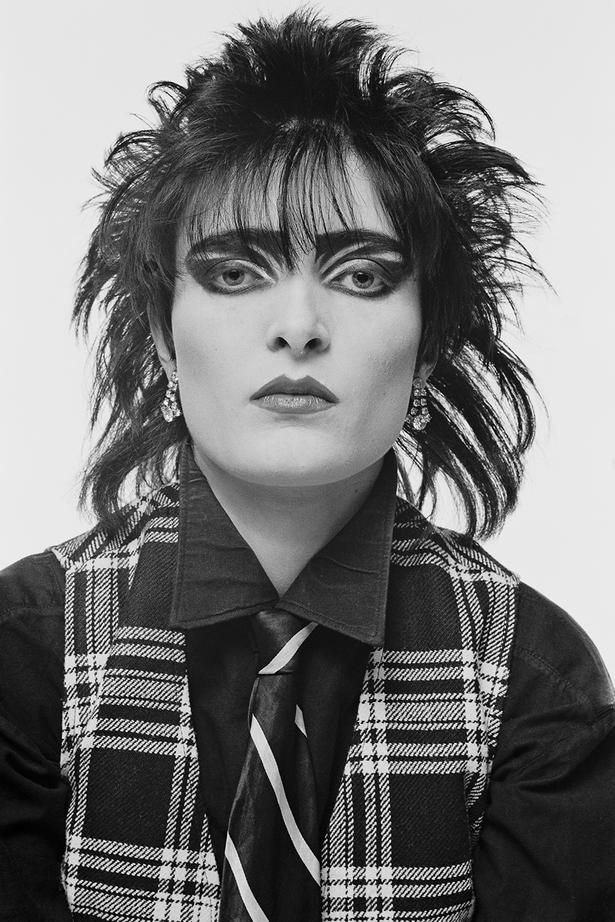 Siouxsie Sioux poses for a portrait in a studio in 1979. Photo / Getty Images

As with the Batcave and Blitz Kids, the Club Kids created a safe space for often-marginalised individuals. They played with and twisted gender stereotypes in a pure, unadulterated freedom of expression.

The outfits, hair and makeup were laborious yet impermanent; designed to be worn, loved and eventually trashed within the confines of their community. (Aotearoa had its own subculture at the time with club nights such as Cheap Sex at Squid bar.)

The Club Kids made it seem completely normal to walk the streets or catch the subway dressed as the Statue of Liberty or wearing nothing but a diaper and glitter body paint. (The huge number of drugs they were consuming no doubt lent a certain bravado.)

Makeup was widely available by the 90s, thanks largely to M.A.C, but looks weren’t confined to cosmetics alone with stage makeup and art supplies also in hot demand as looks became increasingly outrageous and sculptural.

Rudy Guiliani killed off much of New York City’s vibrant nightlife in the mid-90s when the then-mayor decided the closure of clubs would result in less crime.

At around the same time two Club Kids (including Michael Alig) literally killed one another off over a drug deal gone bad, thus ending much of the era. Yet many of the Club Kids still have a crucial role in today’s creative culture. Amanda Lepore is a pioneering transgender model and performance artist who has collaborated with many brands including M.A.C and now has her own lipstick line.

Richie Rich attended NZFW with muse Pamela Anderson in 2009, to launch his short-lived A*Muse brand, and makeup artist Kabuki Starshine (cultural appropriation was one Club Kid trend we’re happy to see the back of) has done much to keep the Club Kid aesthetic alive in the collective consciousness — from his seminal Rihanna cover for W magazine in 2014 (styled by Edward Enninful, who also styled the similarly directional Rihanna British Vogue cover of 2018 with makeup by Isamaya Ffrench) to his collaboration earlier this year with Jeremy Scott, creating wonderful escapist imagery for Moschino.

As the world slowly starts to reopen we look locally to Auckland club nights such as Looped and Afrodaze for inspiration.

We dream of a wondrous escapist fantasy, a subculture where people paint their faces without the help of a digital filter, and without the need for rules or tutorials. A time of reckless abandonment, unbridled creativity, in-person community and, above all, joy.