While we loathe the term "slashie", few neologisms adequately sum up Davide Quayola's 9-5.

The mixed medium artist says his hybridised career bridges between film, music, technology, media and more traditional contemporary art — an approach that's seen him collaborate with some of the most esteemed visionaries in the world.

His most recent collaboration, however, is one with luxury beauty brand Aesop, to celebrate the launch of Othertopias, a trio of eau de parfums said to transport the wearer to 'elsewhere' — realms both real and imagined.

Through Davide's unique lens, the worlds of Miraceti, Karst and Erémia have been brought to life in a series of three landscape paintings, which reference the work of J.M.W Turner and the Impressionists.

Below, the Italian creative shares the process behind each body of work (hint: he doesn't use a brush), the way in which his art intersects technology and tradition, and how he knows when a work is finished.

How did the collaboration process with Aesop come about?

There was a natural kind of synergy between my research and Aesop’s vision of these different Othertopias — the idea of these strange lands between nature, and how we perceive things naturally and physically, but also ways of perceiving that transcend the traditional idea of what our senses are.

What interested me was this fine line between something that is real and that is not real — where is this line placed between these two worlds. It’s a strange, harmonious balance between different elements, and really, my work is so much about that.

My work is about the equilibriums and tensions between these opposing forces, for example, the relationship between heritage and contemporary visual languages, or man and machine, or the old and the new.

It was very clear to me from the beginning that the idea of these tensions was at the core of Aesop’s vision. This is why I thought it would be an interesting match. There was a seamless synergy of the overall vision. 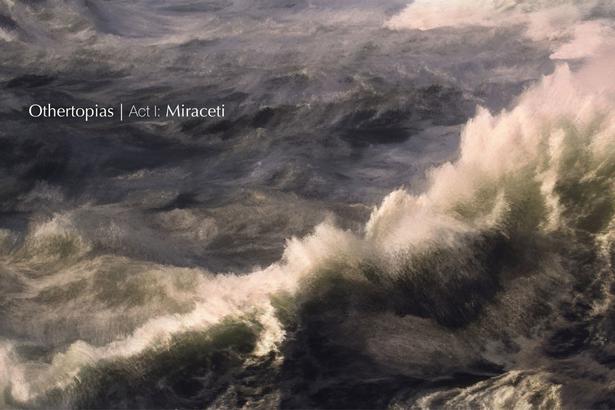 Miraceti or 'The Boat' is a homage to the duplicitous nature of the sea — both serene and savage, peaceful yet isolating. Photo / Supplied

Rather than stick to one medium, your work harnesses video, computer software and installations — can you tell me a little bit about your creative process and how these mediums can work harmoniously?

My work does indeed articulates on a variety of outputs, however the computational systems and logic behind all these different outputs are actually very interconnected.

There is an overall umbrella of my artistic practises, which is to interrogate our relationship with machines, and how this relationship changes us, or changes the way in which we look at the world. It’s almost as if machines can enhance our senses, and provide these additional ways of seeing with this new type of logic of observations.

Then you also inherit new aesthetics and new visual languages. I explore this by looking at the past. I’m ultimately very interested in going back to these historical traditions, and jumping into the shoes of a traditional painter, almost as if Turner would go to those landscapes and confront himself with them.

So I try to recreate some of these conditions; some of these very traditional processes and modus operandi, but again with a very different strategy. So there is a link, I think, with heritage for me, it is quite crucial.

When you’re looking at something that is somehow so familiar to you, but in a different way that really makes you reflect where we are today. For me, looking at the past is actually a way of talking about the present and the future. 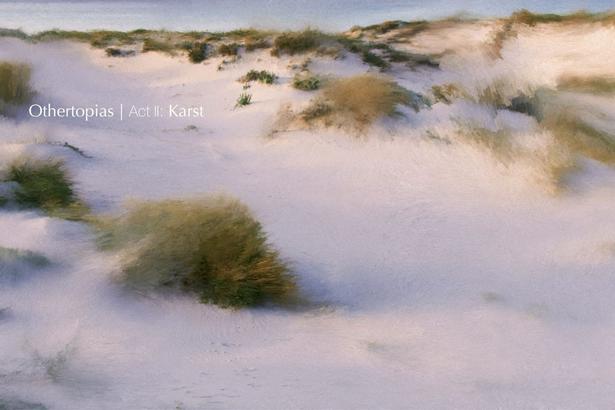 Karst or 'The Shore' celebrates the rhythmic nature of the sea — a flow in which the comings and goings of the sea are as cyclic as breathwork. Photo / Supplied

How does your work communicate these three 'other' spaces that are intrinsically linked to Aesop's three new scents?

In this series of “landscape paintings” (that’s how I like to call these videos) for Othertopias, the work contemplates specific landscapes that I tried to capture, but also deals with the traditional theme of man trying to understand nature. In this process, man tries to discover new aesthetics through the observation of nature.

So as a pretext, nature becomes a way of discovering new ways of seeing. This idea was at the core of the project.

Confronting myself with these quite traditional landscapes, trying to be inspired by more traditional paintings... almost trying to go back to the locations that were originally painted by artists like Turner, in similar meteorological conditions, but with very different technological apparatuses. So the work definitely explores these tensions and fits with my research.

I’m not that good at following briefs, in a way; however, what is interesting here is that the brief in itself was so close to my research. These types of worlds I was creating were really emblematic as a metaphor for these fragrances. 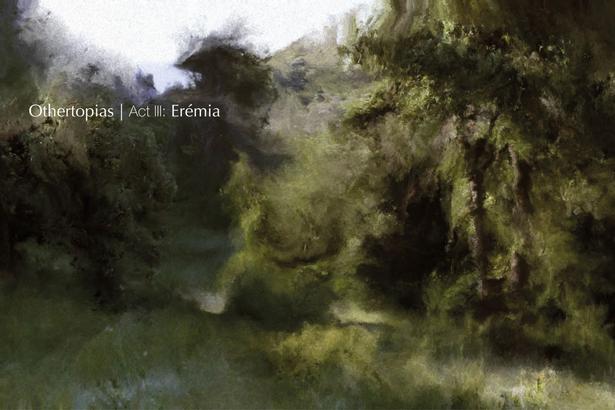 Eremia or 'The Wasteland' goes beyond the shore to reveal a hazy, verdant landscape at the fringe of civilisation. Photo / Supplied

How do you know when a work is complete?

This is probably the more traditional aspect of all in my work… Beside embracing machines to make decisions and develop their own autonomy, I also like to be very much in control in a very human way.

For me it becomes just a very instinctive decision and I simply feel something is right. My systems provide me with hundreds of iterations and possibilities and I then choose based on very ephemeral feelings. Those decisions are the fully human component in the work, which ultimately I believe cannot quite be embraced by a machine.

How much time did it take to create your artworks for Aesop?

I worked on this project much faster than what usually take me to develop my works, however still spent several months of research.

Which artists are you most influenced by?

I am influenced by many artists, architects, musicians, designers and thinkers both from our time as well as from the past.

More in connection to this project, I am fascinated by how nature has always been a central theme in the history of art, especially where new aesthetics were discovered — for example the Impressionists or even russian avant-garde, where representation driftet to total abstraction through the observation of nature.

Do you listen to anything while you're creating? Music, podcasts, etc.?

No, I generally prefer to work in silence.

The Aesop Othertopias collection is available now from Aesop signature stores or online at Aesop.com/nz.

French perfumer Barnabe Fillion talks to Ash Cometti about the arrival of Rozu, a new fragrance inspired by the life and work o...

Aesop champions a distinctive retail style and is growing fast across the globe. On the eve of its first New Zealand store open...