From smart mirrors to part-time veganism and recycled workout clothes, Anna Magee reveals the health trends to look out for this year

Workout gear made from recycled plastic is becoming increasingly popular, like this offering from American brand Girlfriend Collective. Photo / Supplied

1. THE VEGANGELIST
This year increasing numbers of us will be talking about the merits of veganism, without actually being vegans. So we’ll still be eating meat and dairy, just a lot less of it, and we’ll be vocal about veganism’s merits as a result. In the UK, a third of Britons have stopped or reduced eating meat, with animal welfare, environmental and health concerns being cited as the key reasons. Anyone who has ever known a leather-shunning, honey-dodging bona fide vegan will know they can occasionally be a tad evangelistic about their beliefs.

But as we become more aware of the impact of meat and dairy production on the planet, more of us may be making vegan choices, like buying one of the many vegan cookbooks publishing in 2019. Claire Insley from The Vegan Society Aotearoa says there are no figures around how many New Zealanders follow a vegan diet, but signs point to an upward trend. “I can say that interest seems to be massively increasing,” she says.

“Our Facebook page has more than 11,500 likers and increases every day. Many reports have shown New Zealand’s interest in veganism is ranked third highest in the world. How much this translates into individuals choosing a fully vegan lifestyle is another matter. However, more and more media stories about veganism are airing every week, so we can hope the numbers will continue to increase.”

2. THE FURNITURE THAT MAKES YOU FIT
You know the whole gym mirror experience? Well, that is nothing compared with the kind of immersive fitness experiences you’re set to be having in your front room.

Leading the way is Mirror, a new smart mirror that has a built-in video screen with instructor-led yoga, Pilates, cardio, boxing, stretch and strength classes. The New York-based company was founded by Brynn Putnam, a former professional ballerina, and is currently only available to US residents.

Expect even more smart mirrors to come with gobsmacking tech behind them. “There’s technology already in place and uber-brains in Silicon Valley working right now to bring us mirrors that will be able to look at us and recognise what is going on in our bodies,” says Carla Buzasi, managing director of trend forecasting company WGSN. “You will look into them the morning after a night out and they will tell you to go easy on the alcohol, or they might identify a few new lines and suggest you get some retinol for your skin.”

In general, expect home fitness to be better than the gym in 2019. Peloton has been an innovator in this area, bringing the gym feeling to the home with spinning bikes and treadmills that allow users to take part in live classes streamed from their NYC studio.

Live-streamed classes from the new Fiit TV allow users to join a class in real time and feature the hottest Instagram trainers as teachers, including Adrienne Herbert and Richie “The Breath Guy” Bostock. A chest strap that comes with the Fiit console has a built-in heart rate monitor and accelerometer, which tracks your progress during the class. 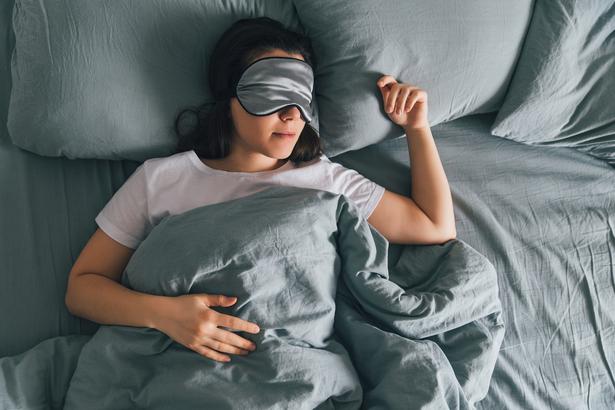 3. HIT THE PILLOW, NOT THE GYM
The decline in people getting a good night’s rest could be coming to an end as sleep is set to become the latest health fad. Exercise and a diet rich in fruit and vegetables have been the main areas of focus to achieve a healthy lifestyle, but now sleep has become a “major talking point”, researchers say.

Scientists have long highlighted the benefits of a full sleep, usually recommending eight hours to help lower the risk of conditions such as Alzheimer’s, cancer, Type 2 diabetes and obesity as well as poor mental health.

“Over the past couple of years, sleep has become a major talking point. You can eat well and exercise but if you don’t sleep well, the other two don’t work as well,” a spokesman for the advisory body said.

READ: Why Sleep Has Become Both Personal Obsession & Big Business

The Sleep Council study, which surveyed 5000 people, found a third slept for fewer than six hours a night. When asked what most affected their lack of sleep, energy levels, mood, health, work performance and personal relationships were identified as factors.

Matthew Walker, a neuroscientist at the University of California in Berkeley, and author of the book Why We Sleep, said adults over the age of 45 are 200 per cent more likely to have a heart attack if they sleep fewer than six hours a night.

He also found that adults who slept for seven and eight hours, were found to have significantly lower blood pressure, than those who slept less.

4. ZERO-WASTE COOKING
Did you know thrown away lettuce is one of the biggest contributors to landfill and takes 25 years to fully decompose? And that’s just the tip of the, er, iceberg of food production, say the creators of the Zero Waste Cooking course at

London’s Cookery School, which focuses on sustainable cooking. They conducted a survey to find out which foods are most often thrown away, then devised this class to provide inspiration on how to repurpose those ingredients to produce tasty food. It seems chargrilled baby lettuce hearts are actually quite palatable...

READ: How To Make Your Meal Count

In May, look out for The Zero Waste Cookbook (Hardie Grant $28.65), co-written by pastry chef Giovanna Torrico.

Meanwhile, at Auckland-based Everybody Eats, the team is planning their next round of pop-up dinners made using perfectly good food that is destined for landfill. From February 4 Gemmayze St in St Kevin’s Arcade will once again host a weekly three-course meal for those in need.

5. HIIS CLASSES
When the actress Gal Gadot posted her boxing workout on Instagram, her trainer, Leyon Azubuike, hailed skipping as the perfect warm-up activity. But now it’s becoming a workout in itself, with high-intensity interval skipping, or HIIS, classes. It can burn a staggering 1200 calories a session and with other stars, such as Gigi Hadid and Kate Hudson, crediting skipping as helping them stay in shape, HIIS classes are set to be big in 2019.

The first classes are now being offered in London, founded by boxers Darren Barker (a former world champion) and Ryan Pickard. “Skipping has always been a part of a boxer’s training programme,” says Pickard. “It improves co-ordination and agility while toning upper and lower body muscles and burning fat.” If you’re not in London, check YouTube, which has a mass of jump-rope workouts and new ones added daily.

6. PLASTIC WORKOUT GEAR
In 2019 most of us will have at least one pair of gym leggings, trainers or other fit kit made from recycled plastic. Eco-friendly fitness gear has shed its hempish, hippie reputation and is delivering stylish options that also perform with the same sweat-wicking and compression features we expect from hi-tech options.

For a hugely luxe choice, Bellum Active fitness clothing is gorgeous — and expensive, at $286 for a pair of leggings — and made from 65 per cent recycled compression fabric and regenerated yarn made from recycled materials such as discarded fishing lines and old carpets.

Viva writer and fashion assistant Rosie Herdman recommends American brand Girlfriend Collective, which combines a body-positive philosophy with eco-friendly practices. "Its comfortable pieces are made from recycled plastic bottles sourced in Taiwan, and Econyl, a fibre made from recycled fishing nets and ocean waste. I have the compression tights and one of their crop tops, and they are so comfortable I’d wear them all the time if I could,” says Herdman.

The latest adidas Ultraboost ST Parley trainers are lightweight, easy to run in and created with environmental organisation Parley for the Oceans. They are made from recycled waste that has been intercepted from beaches and coastal communities before it reaches the ocean.

Meanwhile, SueMe fitness underwear is made from 100 per cent beech tree pulp, while WGSN predicts activewear of the future will be made from sustainable materials such as corn, coconut and coffee beans. So, watch this space.

The Early Adopter's Guide To Fashion & Style In 2019

From boiler suits to the new ballet pump, and every shade of beige, Charlie Gowans-Eglinton reveals everything you need to know...

Ditch the monotony of your average gym session with a workout to remember, and meet people who’ll whip you into shape