When hairdressing students learn to cut and colour, they’re also increasingly being taught to be less wasteful and more environmentally friendly. It’s part of a growing movement spreading across salons, questioning everything from ingredients to the end use of packaging.

With clients asking searching questions, stylists need answers and many are finding them in signing up to the Sustainable Salons organisation. This social enterprise, started in Australia four years ago and active in New Zealand for a year, is at the forefront of a transformation in what happens to waste from a wasteful industry.

It sees up to 95 per cent of usual salon waste recycled, rather than being sent to landfill. Snipped off ponytails are turned into medical wigs, swept up hair clippings gathered into booms to soak up oil spills around coastlines, chemicals are collected and treated, and plastics cleaned and repurposed, including into outdoor furniture.

The single biggest item of salon waste, metal — primarily from foils and colour tubes — is sold as scrap to help fund food-rescue charities KiwiHarvest and OzHarvest to provide meals to people in need.

Around 80 New Zealand salons, from big industry names to small neighbourhood salons and a few beauty businesses, are members. Staff from salons are encouraged to volunteer their time doing haircuts at the Auckland City Mission.

We’re super pleased to announce we are now part of the @sustainablesalonsanz movement! ?? Thanks to @devonssanz for coming in to inform our academy team all about it ???????? To read more, click the link in bio. #makingsalonwastehistory #ServillesAcademy

So far, the scheme in this country is limited to businesses in Auckland, Hamilton and Tauranga, served by a northern depot. Later this year Wellington will be included, then the South Island, as facilities expand.

Co-founder Paul Frasca is regularly approached by other businesses, ranging from tattoo parlours to cafes, who would like to set up similar recycling schemes.

“There’s just so many small businesses out there that need support like this,” he says. While the former hairdresser is happy to share his knowledge, he thinks each industry needs to own its own specific issues. He has written a sustainability training unit for hairdressing and wants to lift salon sign-up from just under 10 per cent in his native Australia. Working with training providers and big hair companies is all part of his drive to embed good practice and spread the word.

“Bringing Sustainable Salons to Servilles Academy has been such a positive experience for all the students to be part of,” says the Auckland training institution’s host Bella McNab. “It is teaching them great habits to take with them out into the industry.”

In the salons, the response is equally enthusiastic, with Servilles Takapuna salon manager, Cory Van Malland, saying: “It has changed the salon’s culture … in the products we use as well as utilising Sustainable Salons to maximise what would have once been classed as waste.”

Newmarket salon manager Olivia Davies says staff are proud to be reducing the amount sent to landfill. “We have a few environmental warriors in salon who ensure the waste is clean, in the right bins and keep the team accountable, which is fantastic.” 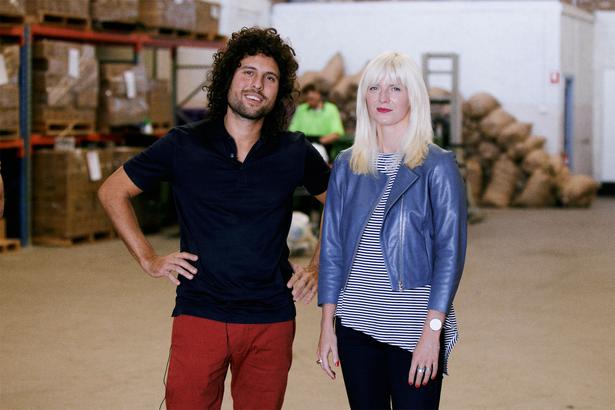 The scheme’s costs are met from a $2 customer levy on salon services, which can be built into pricing, or shown as an add on, which Paul encourages so salon staff can talk to their communities about what they are doing and why.

His own awareness was raised a decade ago when he was working in the Netherlands and met Ewelina Soroko, who was involved in fashion sustainability. She observed that “the hair industry needs your help” and the idea simmered until, as a couple, they returned to Australia. Paul then began studying exactly what salons threw out, and what infrastructure was needed if this waste were to be collected, recycled and sold on.

With plastics accounting for only around 8 per cent of salon waste, good sorting is key to letting the easier-to-sell commodities such as metal (which comprises around two-thirds of waste) and paper have another useful life.

This applies equally to recycling on the home front and in council waste-disposal planning, with Paul observing that in the Netherlands recycling generally is much more separated (up to eight bins) than in Australasia. Over time, Paul hopes more processing of our nations’ waste will be done locally, creating more jobs and cutting down on shipping it offshore — another thing that simply isn’t sustainable.

• To learn more and to find a Sustainable Salon near you, go to Sustainablesalons.org

How To Make Your New Hair Colour Last The Distance

High saturation hair is still hot and happening for winter. Tempted to make the change? Here's what you need to know