How to Live The Good Life Searching for happiness? Then, whatever you do, don’t be authentic.

Don’t follow your calling or heed your inner voice; don’t broaden your skills; don’t be flexible; and for goodness’ sake don’t chase excitement.

I paraphrase - slightly - but these are some of the counter-intuitive lessons of Rolf Dobelli’s new book, The Art of the Good Life.

Dobelli, a Swiss author and businessman, became internationally known after his 2011 self-help book, The Art of Thinking Clearly, achieved bestseller status in multiple countries. It presented the reader with a catalogue of cognitive biases and other errors of thinking to which the fallible human falls prey and, in 99 short chapters, advised on how to avoid them.

READ: How Slowing Down Can Save Your Life

His new offering restricts itself to 52 short chapters that make an intellectually rigorous attempt to grapple with a question that has troubled philosophers since classical antiquity: how to live a good life.

It’s a conundrum at the heart of human thinking. As Dobelli says: “I can’t imagine anyone going through life and not asking it at some point.”

The 51-year-old, who studied both philosophy and business in his younger days, draws on the wisdom of the great philosophical thinkers as heavily as he does on that of modern-day business supremos, like Warren Buffett, and contemporary psychological research, to produce his compendium of lessons on how to achieve happiness in the 21st century.

The answer, again, often lies in resetting our mental approach; or, as Dobelli puts it, assembling a collection of “mental tools”.

“After writing The Art of Thinking Clearly, I realised the brain doesn’t work perfectly,” he says. “We make mistakes when we come to the good life, so I wanted to explore that further.” 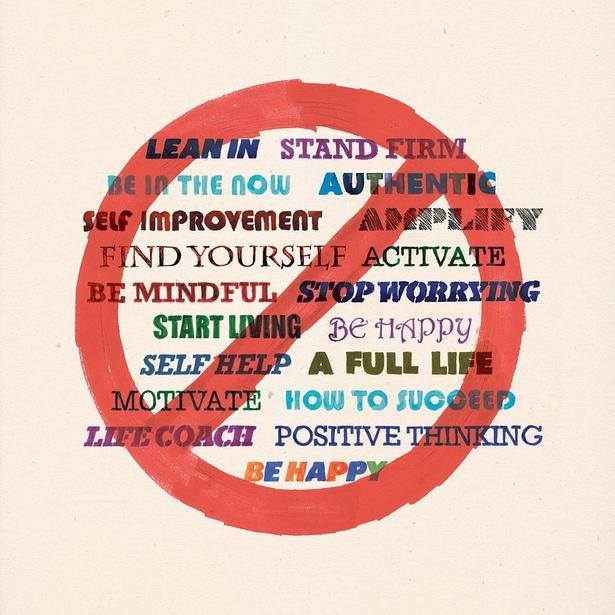 Dobelli came to the self-help genre after eight years moving up the ladder at Swissair until he was made CEO of a company subsidiary and realised he was “not a good manager”. He then started a company that summarises books - mostly on management, ironically. The first of his six works of fiction was published when he was 35, and later came his first self-help title.

Naturally, his business background has shaped his thinking but his new book, he says, is more applicable to life in general. “For this book, the Stoics are my biggest influence, starting from Zeno, the founder. They all come from the Socratic tradition. [Socrates] was the first guy to pose those questions.”

So what do Socrates, Zeno and their ilk have to say that’s relevant to our frenetically-paced, technology-fuelled modern lives? A lot, it seems.

To take one of his counterintuitive lessons as an example - don’t listen to your inner voice and “don’t make your emotions your compass” - Dobelli argues that “as our emotions are so unreliable”, we should take them less seriously.

READ: Lean Out: Why It's Okay to Do Less

Here he cites ataraxy, a term used by Greek philosophers to describe the ability to block things out and thus achieve “serenity, peace of mind, equanimity, composure or imperturbability”. In a chapter called The Five-Second No (the lesson is don’t do people favours), he cites Seneca, the Roman philosopher: “All those who summon you to themselves, turn you away from your own self.

”As for being ourselves - we must not “buy into the authenticity hype”, partly because we don’t understand ourselves and partly because by failing to construct a “second persona” or social veneer, we make ourselves vulnerable to exploitation.

Nor must we follow our calling: pinning everything on the fulfilment of a supposed vocation, he argues, does not bring happiness. Instead, find what you’re good at and focus doggedly on that; make a decision and then stick to it, to avoid being steered off course. And don’t prize action over waiting, zeal above deliberation. Slow down, Dobelli tells us.

The Art of the Good Life by Rolf Dobelli. Picture / Supplied

Where the lessons grow harder to follow is where they clash with the infrastructure of modern life: that is, technology.

Dobelli clearly believes it to be largely inimical to the good life. In his own life he restricts the number of apps on his smartphone, rarely replaces still-functioning older gadgets and avoids all other technology.

“No TV, no radio, no gaming consoles, no smartwatch, no Alexa,” he writes. All waste our time, he believes - time in which we could be switching on our brains. And for him, time he can devote to books, as well as his hobby of flying planes.

READ: How to Live Mindfully on the Run

“A lot of modern technology is not so conducive to our happiness, especially when it comes to attacking our attention,” Dobelli tells me. “Social media consumes a lot of time, it’s boastful, it leads to envy. Never in the history of mankind have more people compared themselves with others, and that causes misery.

Then it cuts your attention into so many short pieces that we have lost the ability to stay focused on one train of thought for longer than a minute, which has very strong implications on the intellectual life of someone; debating issues becomes not a question of argument anymore but little tweets.

”It’s hard to disagree; the idea of reducing the time we spend interacting with gadgets in order to create more time for ourselves is seductive. But how does this work in practice?

“Avoiding email is difficult,” Dobelli concedes. “I couldn’t live without email, but some you can do without. I have a better life without social media. It’s an illusion to think you’re connected to the world because you have 400 friends on Facebook; better to have 10 real friends.”

Consumer society also seems incompatible with the good life. The uncompromising title of one chapter - The Things You Buy Leave No Real Trace: Why You Should Buy Less and Experience More - leaves little room for doubt on this point.

The argument is that most purchases - “whether it’s a holiday home, a gigantic plasma television or a new pair of Louboutins” - quickly fade to the back of your mind and so fail to contribute to your net happiness. But since we live in a society founded on conspicuous consumption, subjected on a daily basis to pressure to consume, isn’t it difficult to avoid? Dobelli appears to agree.

“Modern life is incompatible with the good life,” says Dobelli. “That’s why you have to have this toolbox.”

So, does he apply all his own intellectual shortcuts to achieve the good life? “Not 100 per cent,” he admits. “I have a good life but it’s not a perfect life.”

• The Art of the Good Life by Rolf Dobelli, published by Sceptre. Available on Amazon.

Dynamic Eye Makeup Looks To Wear With A Facemask

It's the International Day of Happiness, So Get Inspired to Be Happy

Positive vibes only today as we celebrate a day of happiness!