A century since their heyday, the Bloomsbury Group’s role as flagbearers of a liberal flowering in English intellectual life is still celebrated. Writers including Virginia Woolf, E.M. Forster and Lytton Strachey, and economist John Maynard Keynes, have a reach beyond the history books. Now, their set, known as the Bloomsbury Group, is the subject of a tribute sketching their story in scent.

The influential London collective of free-thinkers signalled a changing of the guard from the Victorian era. Alongside their literary and artistic endeavours came new ideas on feminism and sexuality.

Post-WWI, members of the group, were frequent visitors to east Sussex where several of them owned country homes, including the charming riverside cottage of Charleston near Lewes (pictured). It was here that Jo Malone London sent master perfumer Yann Vasnier to soak up its period charms. His brief was to design a Bloomsbury collection of scents, The Bloomsbury Set, capturing the intoxicating essence of an unconventional life.

“When we visited, I didn’t know what to expect, but I fell in love with it,” he said. “When I was there I made a storyline in my head from morning to afternoon to evening, so the five fragrances have a natural evolution. What I particularly loved about The Bloomsbury Set was the juxtaposition of domesticity and simplicity with this hugely intellectual environment.” 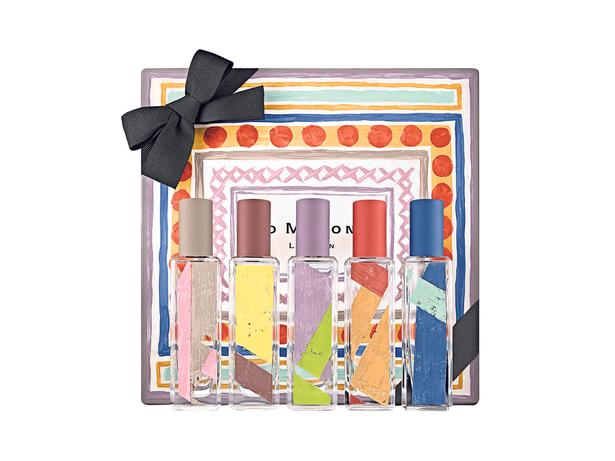 Celine Roux of Jo Malone says the Bloomsbury collection was an opportunity to celebrate British life with a twist and bring new approaches to perfumery. “We enjoyed the idea that this group appeared to be very English and proper, but they were in fact non-conformists and true hedonists.”

From single note hyacinth to fresh lilies and contrasting mixes of leather and artemisia, tobacco and mandarin and whisky and cedarwood, the fragrances explore the solifloral and more complex compositions.

Visitors to Charleston found it still felt infused with its former famour occupants. “The colours, the textures, the smell of the paint, the light through the windows, leather-bound books in the library: it felt frozen in time and I could imagine these intellectuals sitting there and brainstorming ideas. “Everything at Charleston is painted from floor to ceiling, every table, and every lampshade.”

“When we walked around the garden I was so captivated by the plants and flowers — I sent a list to my brother who’s a landscape gardener, so he could explain a little more about some of them.”

With millions of followers on Instagram and YouTube, the stars of a new movement that celebrates makeup for men are being signe...

The high-profile British beauty blogger behind My Pale Skin is in New Zealand this week for the launch of Antipodes' new lipsti...