Alan Bougen, the co-founder of Comvita, shares his lifelong passion for manuka honey with Editor Amanda Linnell, and tells how he has developed a brand which prides itself on quality and integrity

Right now we are looking for brands and products that we can trust and rely on — especially when it comes to our health and sense of wellbeing. If we have all learned anything over the past few weeks, it’s about the importance of respecting Mother Nature and all that she offers, about being mindful in what and how we consume and how supporting local companies has never been more important. But ultimately, we’re looking for trust and authenticity.

The story of Alan Bougen, the co-founder of Comvita — one of New Zealand’s most successful brands — is one that goes right back to the early 60s. It is a story of strong, gutsy people, who lived their lives at a grass roots level and with a symbiotic relationship with nature. 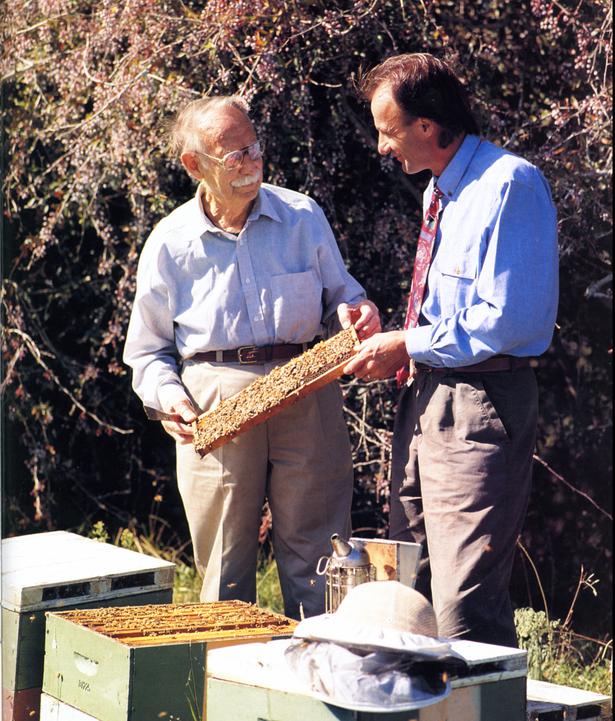 Alan has never been one to play it safe. At 19, he left his home town of Mt Maunganui to travel the world and surf. His adventures led him off the beaten track, up the coast of Africa to Morocco, where he lived in a community of hippies and surfers. It was the furtherest you could get from conservative little New Zealand. An entrepreneur in the making, Alan and a friend sourced glass beads from the edge of the Sahara and headed to California where they planned to sell the beads to hippies.

“It was a time of metaphysical transcendence in my life; there was a spiritual search and a search for lifestyle changes. There was the threat of nuclear war, friends were being drafted for Vietnam... So there was a lot of experimentation and seeking out alternative lifestyles. We were into growing our own food and nutrition was all part of that. There were pioneering health food advocates like Paul Bragg, talking about your food being your medicine. It was far deeper than anything I’d experienced before. I was 21, young and impressionable. And that was where I first came across raw honey — and I became a total fan.” Alan, like most Kiwis of the time, had grown up with hard clover honey on the kitchen table, perfect for white bread sandwiches. “It was cheap and accessible. So raw honey was a revelation. It was close to its natural state and hadn’t been excessively heat treated, thereby destroying the valuable micro-nutrients, therefore it was valuable heath food.”

He returned to New Zealand and with his girlfriend Lynda (now his wife, they’ve been married nearly 50 years) took a job caretaking 2000 acres on Great Barrier Island. There were hives, and local beekeeper Les Blackwell and community policeman George Mason helped Alan turn his love of honey into a passion. But it was while visiting friends near Medlands that Alan stumbled across another vital link to his destiny.

“A horse had got caught up in a fence and the wounds were healing amazingly thanks to a honey-based product.” Impressed, Alan decided to track down the makers. Alan and Lynda found themselves hitch-hiking to a farm near Te Puke, where they met Claude and Freda Stratford. 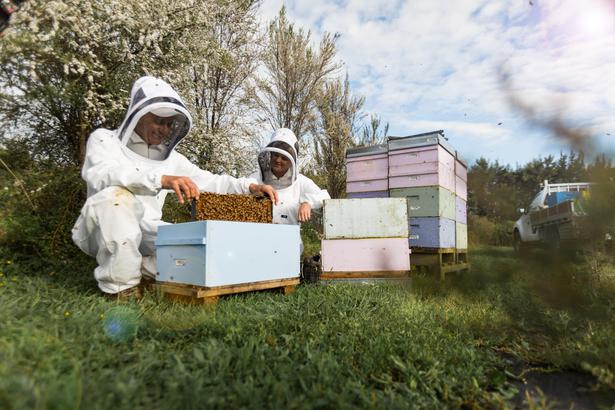 “We were blown away. They were older than my parents, but they were very cool. Before we knew it, we went into business with them. Lynda and I moved to the area and started keeping bees and making products. There was a sense of destiny about it. “Claude was a self-taught naturopath, people would write to him, and he would give advice, so he had bit of a following. He was passionate about nutrition and we buil the business up to over 300 natural health products, including innovative bee products.

But by the 1980s we were undercapitalised, under resourced, and it was hard to keep the business going. We were paying bank loans at 18-20 per cent.” At the time, Comvita exports to the US had picked up — New Zealand had become nuclear-free and that appealed to health-conscious Americans.

Meanwhile in the UK, there were concerns about a nuclear cloud heading their way after Chernobyl, and health stores couldn’t get enough of Comvita honey. Then came the financial crash of 1987. It was a time to change things up. Alan and Lynda sold or mortgaged everything they had, moved out of their house and into a shed, took a majority shareholding in the business, and went back to basics — bee products. 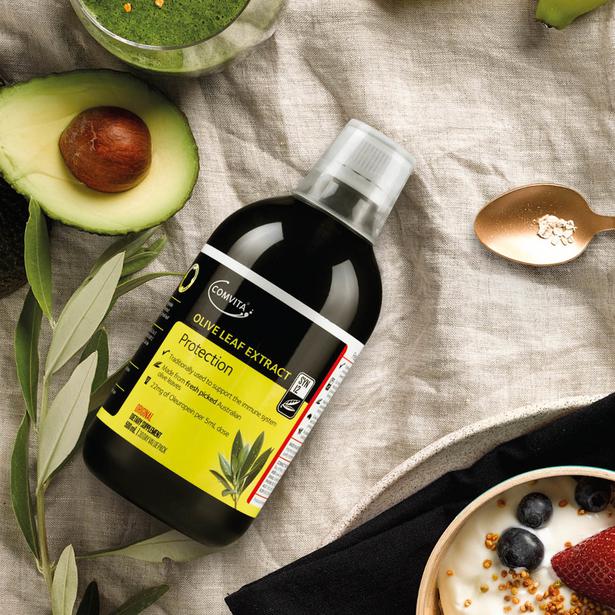 “We call it Apitherapy — therapy from the beehive, and that was our gig. I knew there was value behind the beautiful products this country is capable of producing and that we could take the essence of NZ out to the world.” The company forged ahead with a host of new products. They were working closely with Waikato University and biochemist Peter Molan.

“He was exploring the unique properties of honey,” says Alan, “as there had been so much anecdotal evidence going back centuries in China and Europe about it being used topically to arrest infection and to heal wounds.

“He discovered certain types of manuka honey had an anti-bacterial property. His initial work was in vitro, and then once he began testing on People the results were phenomenal.” Today Comvita is sold all over the world and is recognised as a leading brand of genuine NZ Manukahoney. The company employs over 500 people globally. It has more than 20,000 hives throughout theNorth Island, and produces between 500-700 tonnes of honey a year.

What was once a small, local business isnow a sophisticated operation that can trackand trace which hives the honey has come from, and isdeveloping plantations of hybridised manuka on landthat was once unproductive.“

"Farmers first that was a bit unusual,” says Alan, “but this is about building a strong and rigorous resourcefor a medical and pharmaceutical-based industry.“It’s hard to believe,” he laughs, “that all those yearsago when I was a hippie on the Barrier you couldn’tgive manuka honey away and now it’s a globalindustry worth hundreds of millions of dollars to theNew Zealand economy".

Comvita Manuka Honey UMF 10+
I was keen to try this after hearing about the unique Manuka properties. I love stirring it into my porridge.

Comvita Apple Cider Vinegar
This product is a natural source of prebiotic, I’m swigging a mouthful of this mixed with water before meals, and adding it to salad dressings.

Comvita Propolis Oral Spray
As we head into winter and the need to keep my immune system strong, Propolis has anti-oxidant properties and helps with oral hygiene. The spray was easy to administer.

Comvita Medihoney Adhesive Dressings
My partner cut his finger doing some DIY around the house, and really loved the idea of using these honey plasters to help with the healing.