Meet the Woman Behind M.A.C's Liptensity

With her heightened perception of colour, Maureen Seaberg was a natural collaborator for M.A.C’s new lipstick range Maureen Seaberg is working on a book called Girl With Kaleidoscope Eyes. The title sums up the New York-based writer’s heightened perception of colour which allows her to see a vast number of hues imperceptible to most people. Classified as a tetrachromat, Seaberg possesses four types of cone cells in the retina, a rare genetic variation in human females. The classification is used across the animal kingdom, including in birds, but most species commonly have two cone cells and with it the loss of higher-intensity light receptors and a four-dimensional view of the sensory colour space.

Seaberg has put her super vision to practical use, collaborating with M.A.C in laboratory tests of lipstick shades. This has led to the development of Liptensity, a new range of 24 shades boasting exceptional colour clarity.

It was a fun exercise to deviate from her usual work blogging for Psychology Today and writing for titles including the New York Times, combined with appearing as an expert speaker about the field of the senses.

Although only classified as a tetrachromat three years ago, Seaberg has known for some time that she perceives things more acutely than many people. She has several forms of synesthesia (where one sense triggers another) and has used her insights as the primary writer of the book Struck by Genius, about an ordinary man whose traumatic injury transformed him. Putting a name to her tetrachromacy has helped Seaberg connect with four other American women similarly identified. She hopes to meet them in person soon.

Next up though is going under the microscope for science. A top vision researcher has teamed up with two engineers to use Kepler space telescope optics — the technology is scalable — to study her remarkable eyes. 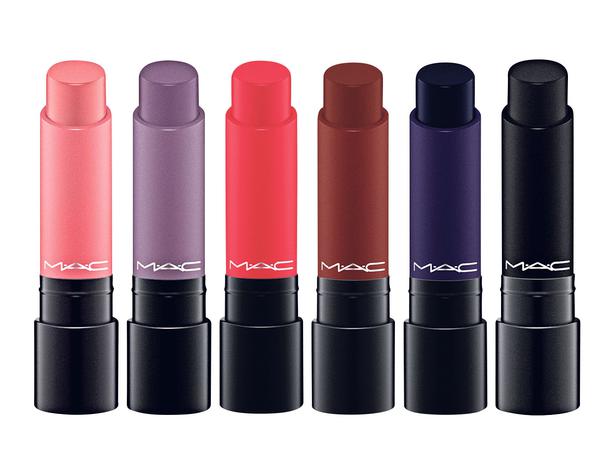 When did you first learn why you perceived colour differently from most people?
In 2013, I stumbled on a Radiolab podcast about tetrachromacy, in which they interviewed a woman who had many of the same behaviours as me. I quickly sought DNA testing. It was a relief to find out there was nothing wrong and that it is an advantageous mutation. By the way, you really need DNA testing for this — the online “tests” are bogus.

When you look at a rainbow, what do you see?
I can see more than the normal, ROYGBIV. I call them the in-between colours which appear in multiples of seven. I can pull out a blush tone, a magenta tone, there is a great deal of variety and frankly a lot more than seven. I have a feeling that Mother Nature has infinite colours.

Are you the perfect person for a friend to ask for a recommendation for the best shade of, say, red lipstick to suit them?
Sure — I love to help voice my opinion. I may see different tones in their skin that they don’t have the capability of realising.

When it comes to makeup or fashion, do you find “impure” colours unsettling or is this something you have adjusted to.
Yes, I believe that colour is an often unspoken language. Right now, we are [so] limited by tri-chromatic cameras, laptops, and computers in general that it can be quite frustrating for me. I see other colour values within solid colours. There is far more possible than what is seen on the TV screen. Colour is communication among people. It is infinite and well beyond what I can see. As vast as what I see, it suggests to me that there is potentially even far more.

In selecting colours, is your enhanced perception, a hindrance or a help in finding what you like best?
No, because you know there are two sides to this. I would love to create a palette or a website of the colours I see in nature that I do not see in manufactured things. When computers are finally tetrachromatic and beyond, I would like to create a vast catalogue for people to identify with.

In working with M.A.C, did the lab find it hard to understand what you were seeing and to isolate pigments to convey more pure colours?
The process tech lab was so intense. It was really enjoyable. The shades were picked in different lights as the goal is to make sure each lipstick was uniform throughout the lights — we see things we may not necessarily see in different lighting. The purity and saturation of the colour mattered most to me. I was not trying to skew the products in invisible directions, rather, I used my tetrachromatic vision to focus on, for example, a bordeaux that had too much orange, or a pink that was not cool or blue enough, and tried to pull the shades back to their centres.

What is your favourite colour, and favourite lipstick shade?
I’m really partial to magenta. There’s something warm and bright and optimistic about it. I’m a big fan of Miley Cyrus’ Viva Glam shades which really work for me. I also love the lipstick Angel [a soft pink frost] as a beautiful neutral shade.

• Liptensity is on M.A.C counters now in 24 shades from neutrals through brights, to brown, blue and black.

Wrap your lips around the colour of the season