After her birth, Olympia was diagnosed with quadriplegic spastic cerebral palsy and epilepsy. Doctors told Mimi that Olympia would be unlikely to walk, talk, eat or potentially see.

“The first three months I basically cried non-stop,” says Mimi. To get her out of the house, Mimi’s friends booked her in for beauty treatments, the simple act of someone touching her hair or skin setting off outpourings of more grief. Then one day she had a realisation: she needed to reframe the situation for Olympia’s sake.

“I didn’t want to drain my energy and my heart. I thought, ‘I’m just going to forgive myself and let go and try and focus on the things that I can influence and change in her life.’”

We’re at the Eden Terrace office where the busy entrepreneur runs her popular Burger Burger chain, along with Mates Agency (the brand strategy and design agency she co-founded), and now her ambitious new skincare range and “resilience-building” app, Iammi (I-Am-Mi), the brand she’s built off the back of her experience.

Today, Olympia is making great strides with the help of intensive neuro-therapy — the 5-year-old is learning to communicate using eye movements tracked on an iPad, and her proud mum is investigating schooling options. Meanwhile Mimi, who has since had second daughter Octavia, has found her ebullient self again — and she’s channelling that newfound strength into Iammi. “Mimi’s ability to cope is astounding,” says Iammi co-founder and PR specialist Lucinda East Kennedy.

“So many facets of her life would take up 100 per cent of another person’s energy yet she’s seemed to have found a way to manage all these complex business and personal things yet still be super-lovely and engaging and fun.”

Despite appearances — the “A-type” drive, the business acumen, her gregarious nature — Mimi says she’s had to develop the skills for emotional survival. “When I read up on resilience, I found it so surprising that it’s actually a learned skill. It’s not something you’re born with.” 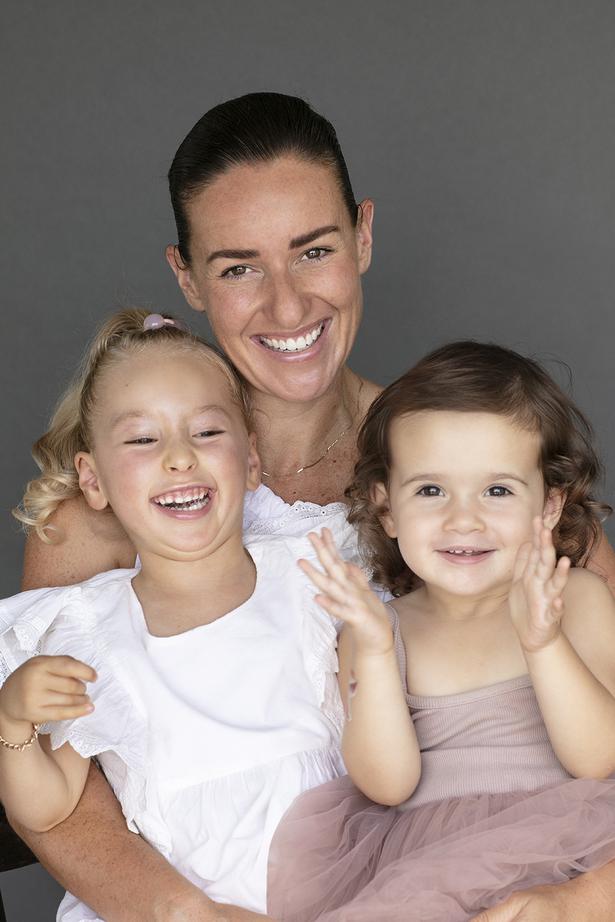 What had started as a deep dive into all the ways she could help Olympia, reading material on cognitive behavioural therapy and neuroplasticity, soon segued into other areas: psychology, self-help, the work of Kiwi wellbeing researcher Dr Lucy Hone, whose TED talk on resilience was a “huge inspiration”, says Mimi.

“At one point I was actually reading about successful technology platforms — how they integrate triggers as a way of creating a habit. Then I read Atomic Habits [a guide on habit formation].”

Her daughter’s specialist carers had also taught her about how the brain creates new neural pathways through repetition and engaging the senses. All of which gave her a better sense of how to help herself.

Her daily reminder to focus only on what she could control soon evolved into a combination of techniques practised over the basin as she washed her face each morning: gratitude (listing what she was grateful for), mindfulness (focusing on the present rather than ruminating on the past or future), and acceptance (welcoming, and not resisting, her reality).

She found the small physical act of cleansing, combined with positive mantras and the aroma of the product she used, was in effect, rewiring her brain.

“The effects were immediate,” she says. “It was so simple and effective.”

Her lightbulb moment for the business came when she shared her face-washing practice with friends who were also going through tough experiences. When they too reported positive effects, she started to wonder if the product used to cleanse her face could be the trigger for others to adopt the new habits, particularly something aromatic that could help to cement the association, just as Olympia was doing in her therapy sessions.

Next she began to wonder if the idea was “scaleable” by forming a community around an app; others could learn to use the practice by repurposing a pocket of time — that mundane part of the morning where we get ready for the day — that we already have access to.

“Everybody’s busy. I was always saying to myself, ‘I should do yoga, I should be meditating.’ And I’ve got 500 apps on my phone already that I don’t use.” In the time it took to wash her face, Mimi says she’d found a way to influence her mood and attitude toward the day.

She acknowledges that the biggest challenge will be linking the product with the concept. “You can control so many things in your life. You can make choices about how you want to live and how you behave and where that next step is." Photo / Supplied

“Obviously this was a hugely personal experience for me, and through that I’ve learned a huge amount about managing mental health. On the flip side, I love the structure of business and I’ve always been deeply motivated to improve the lives of the people around me.”

Branching out into skincare was the eventual result, she explains, of months of stress and time spent in hospitals leading to dryness and eczema. Due to the expense of Olympia’s care, she could no longer afford the luxury products she’d become accustomed to.

“I couldn’t find an affordable product that was both science-backed and natural and did what I wanted it to.”

She started to quiz her father, Dr Robert Gilmour, a skincare specialist (and the brand’s adviser), on what to look out for when it came to quality formulas.

“Everyone in the world wants healthy skin, and it’s not a bad thing,” says Mimi. “If you’re feeling healthy in your skin as you walk out the door, that’s a great starting point to feeling more in control of your life.”

Her enthusiasm for the idea has seen her undertake two years of research and testing, assembling a team including Lucy, along with Christine Hames, former NICU nurse-turned-founder of Skincare on Allendale, and Kate Michelmore, founder of Skinography.

READ: What Is Anti-Stress Skincare & How Does It Work?

The launch products they’ve created include cleansing and exfoliating balms, a hydrating gel and serums, priced between $29-48. The plan is for $1 from every bottle of Olympia Glow serum to go to The Starship Foundation, where Olympia receives ongoing care, and whose staff Mimi says she’s indebted to.

While the skincare range has been developed and is ready to manufacture in Iammi’s two designated Auckland laboratories, Mimi and Lucy are now working with developers on the app, which will be designed to track moods, skin health and energy levels, and connect users to likeminded community members, which they envisage will become a resilience-building support network. They can also learn about the techniques Mimi says had a profound effect on her own mental health.

Iammi is now seeking to raise $50,000 through crowd-funding platform Kickstarter to manufacture the products and continue to develop the app. “I’m an entrepreneur at heart and I just love the idea of getting a community on board before you even hit the ground,” Mimi explains. 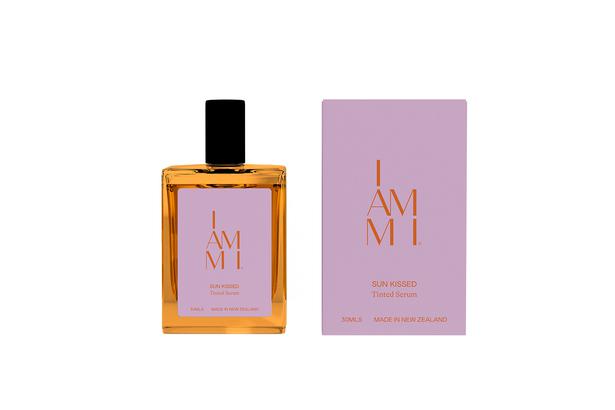 If you think the prospect of adding a new offering to an already competitive beauty category would faze her, Mimi laughs that her mother (restaurateur Emerald Gilmour) asked her the same thing when she started Burger Burger, the restaurant group that employs hundreds of young people across its six restaurants around New Zealand.

“I really believe in the product but it’s bigger than that, and I think people will believe in the bigger vision. A lot of mental health charities are constantly looking for money, and I love the idea of creating a circular system where we can fund our own work to create this platform.”

Through their research, Mimi and Lucy found plenty of resources aimed at people suffering from anxiety, depression and burnout, so have chosen a “preventative” approach to impart skills such as resilience that they say aren’t commonly taught.

Mimi has drawn inspiration from her friend Jimi Hunt, who wrote A Guide to Live More Awesome — a book she’s taken to buying and passing around — for its ability to break life down into manageable topics.

“You can control so many things in your life. You can make choices about how you want to live and how you behave and where that next step is. But I think people often struggle to find that information.”

It’s not uncommon for her to sit down with her young employees at Burger Burger, whom she often sees wrestling with everyday challenges — money, relationships, family — and set them up with a spreadsheet to help them to, for instance, organise their finances.

“There’s so much out there about mental health but what I’ve found works for me when I’m feeling overwhelmed is to create some structure.”

But if there’s one teacher who has shown Mimi true resilience, it’s Olympia. “Someone once said to me, ‘Why are we pushing our idea of quality of life on to her? Maybe she could teach us something.’ And that never left me.

“Yes, she can’t move 95 per cent of her body. And she will have real challenges in life. But ultimately she’s surrounded by people she loves, she’s in a home that’s happy and healthy ... That’s been my biggest lesson. Your life is what you make of it. And she is such a little fighter. She pushes through and smiles.”

Are mushrooms the missing link in wellness? We speak to Mother Made founders Jessica Clarke and Emily Blanchett to find out