1. Frenchie & Co
Herne Bay is home to another new opening — an expansion city-side for Frenchie & Co. The full-service hair salon, with specialist brow and lash bar included, has a pretty, feminine feel. You'll find it in the former Melanie Roger Gallery space and follows the model owner Brodie Proykova has already rolled out in Takapuna and Browns Bay.
• 226 Jervois Rd, Herne Bay

2. Bulls & China
Stylist Katherine Gray has cornered a prime spot at the top of Curran St for her new salon. The Bulls & China name is one she picked as being “not too hairdressy” and suitable for a male and female clientele. She’s had it mind for some time, since returning from fashion work in London a few years back to work privately towards opening her own salon. The interior, which she designed herself, is an eclectic mix for relaxed glamour.
• 87 Jervois Rd, Herne Bay 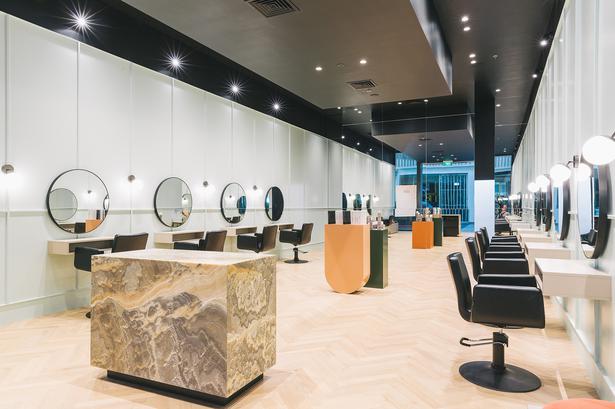 3. The Cut
Bringing more to the mall, The Cut is a salon chic approach to walk-in cutting services. With its stylish mint green and black interior, this recently opened destination at Sylvia Park is the branchild of Newmarket salon owner Hamilton Brooks and his ambitious young staffer Frana Evans. They both saw a gap to invest in offering quick but quality cuts and blow-waves at inviting prices, but in a more upmarket environment. Both are still based in Nuffield St, but have employed experienced stylists to staff what they hope will be the first of a number of The Cut stores in the city’s malls.
• Shop 16, Sylvia Park, 286 Mt Wellington Highway

4. Fu/nis EMS studio
A fitness system used by top athletes including Usain Bolt and Roger Federer has finally made it to New Zealand. Electro muscle stimulation of muscles during a workout is claimed to speed the effectiveness of your training by up to three times, allowing for shorter gym times. Physiotherapists use similar technology for recovery sessions, but the arrival of fu/nis EMS Training Studio sees a trainer brings the devices into play for clients in the fitness sector.
• 8 Commerce St, Achilles House, Level 1, Auckland Central

How to Make Work Stress Work For You

How to Simplify Your Wardrobe

Eleanor Ozich shares some tips on decluttering your closet