Some of our favourite celebrities have been sporting new hairstyles recently, from swapping signature waves and natural tresses to sporting daring hues and crazy new do’s.

Check out a few of the latest looks.

Lily Collins. Picture / Getty
Kim Kardashian
Yesterday Kim swapped her signature brunette locks for a punchy platinum just in time for Paris Fashion Week. Naturally, the reality TV star took to Instagram to debut her new look with the caption “So I went platinum!! I have the best team! Thank you to @joycebonelli for being my inspiration and introducing me to @gregoryRussellHair who cut my hair & put this team together! Thank you @LorriGoddard_ who dyed my hair and got this colour in one try! Not an easy task!”  before attending the Balmain show yesterday.

The experimental star, having previously sported everything from lavender to teal locks has settled (for now at least) on a pretty pink hue. 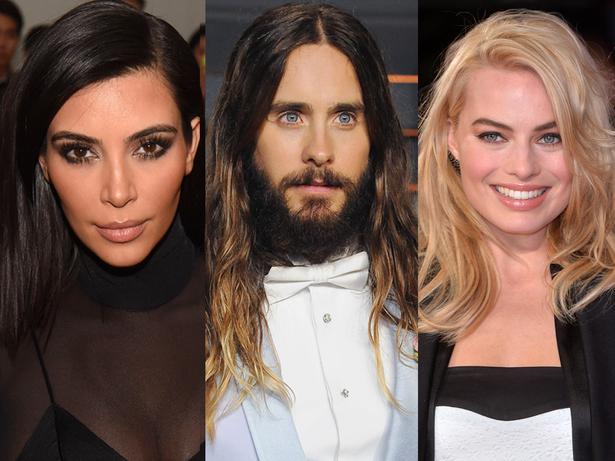 Kim Kardashian, Jared Leto and Margot Robbie. Picture / Getty
Zendaya Coleman
The 18 year olds now famous tresses have been in the spotlight lately after an E! news host commented that she smelt like ‘weed’ or ‘patchouli oil’ after sporting dreadlocks at the Oscars. After momentarily ditching her naturally long hair for sleek pixie look through the use of a wig at the Grammys earlier this year then sporting lengthy dreadlocks, the daring songstress proves she can rock any look.
Share this: