It’s the little company that could, and now Snowberry’s founding ethos to marry nature, science and sustainability is attracting renewed attention.

Its win in New Zealand’s Enviro-Mark Solutions Awards this month is another excellent calling card internationally. For founder Soraya Hendesi and husband Mark Henderson, the company’s operations manager, it’s also validation of their determination to do things differently.

Recognised for reducing its carbon footprint by a massive 79 per cent over six years — the most of this year’s five excellence award winners — Snowberry proudly boasts certified carbon zero status. This carbon footprint reduction is partly due to growing and processing native botanical ingredients at its own plantation north of Warkworth.

The Snowberry Farm is a hot-house of bio-discovery, where in-house scientist Dr Travis Badenhorst analyses plant properties for their potential to join the likes of harakeke seed oil as key skincare ingredients.

That relatively rare investment in its own local research and in gold-standard product trials helped see Snowberry bought by global consumer products giant Proctor and Gamble 18 months ago.

Increasingly, bigger companies are looking to smaller ones to diversify their portfolios and also to learn from. When the American-headquartered multinational bought Snowberry for an undisclosed sum, it said it was attracted by “unique formulas rooted in the intersection of nature and science”.

P&G intends to push Snowberry’s products into the United States in the coming months, while supporting manufacture here. A key part of the sales deal was for Soraya, Mark and team to stay on. Travis now flies to Cincinnati and Singapore, as well as working in the solar-powered bio-shed on the farm.

So far, so good, with expert resources adding to what Snowberry aims to achieve. “I’m very happy, because then we can discover more,” says Soraya. 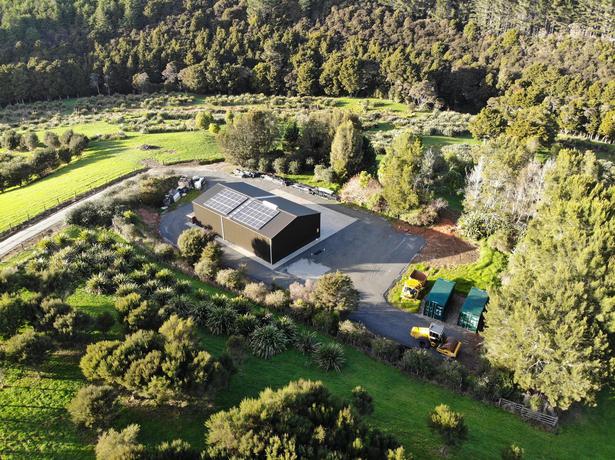 A new serum is in the pipeline, but the range will be kept concise. Another P&G backed plan is to relaunch the Snowberry brand into Europe. Germany was where it found early success, but after the global financial crisis, the company pulled back to focus more on this part of the world and exports to China. Weathering the ups and downs of business, while also investing in a research partnership with the University of Auckland wasn’t easy but the vision remained. “We are as natural as possible but also highly scientific,” says Soraya.

Peptides power the skincare, which also focuses on improving radiance and hydration. Travis, who completed his PhD out of work with Snowberry and is now the president of the Society of Cosmetic Chemists, uses students from his former department to help with research. In 2015 he presented results about his skincare trials to the World Congress of Dermatology.

Soraya says walking the talk is what motivates her business life. Rather than follow trends, she looks for what isn’t there already. “We believe we are among the most effective products in the market and world leaders and that’s why P&G bought us.” The Enviro-Mark award recognised how the company had changed its production methods and halved the number of ingredients used in products, especially imported ones.

“A lot of companies are accredited, as a company, to be carbon zero,” explains Soraya, “but Snowberry has already been accredited for every single product sitting on shelves worldwide.”

That’s a lot trickier and more expensive to achieve than relying on offsetting awkward outputs but the farm helps with that. It’s also about future-proofing. The need to try to combat the climate emergency was what she and Mark believed in as parents. “There is no bigger issue in the world today. If we don’t get that right, nothing else will matter.”

These days, Soraya admits she isn’t at the plantation as often as Mark and Travis. While she remains integral to Snowberry and speaks for it, she admits to contemplating other projects. They won’t be in the anti-ageing skincare field — a part of the sales deal — but for a woman who has long loved cosmetics, she does wonder if this might be her best area of continued creativity. Then again, with her son grown and her Snowberry baby also coming of age, maybe it’s time to explore other interests.

5 Minutes With The Founders Of Cult Beauty Brand Glow Recipe

Book A Beauty WOF: How To Refresh Your Look At Any Age

10 At-Home Face Peels To Add To Your Beauty Routine