The events of the past couple of years have made live music and events nothing short of impossible for many local artists.

However, the silver lining has been the opportunity to hone their craft at home or in the studio. Now that things are opening up around the country, it’s time for music in Aotearoa to have its moment.

With New Zealand Music Month kicking off this weekend, it seems only appropriate we get clued up on some of the acts bubbling away in the underground music scene. We have done some digging and uncovered 10 acts that are about to pop.

1. Erny Belle
Some artists build their reputation over several years, and some appear fully formed, seemingly out of nowhere. Tāmaki Makaurau-based singer-songwriter Erny Belle, aka Aimee Renata (Ngāpuhi), is well and truly the latter. Announcing herself late last year with a clip for debut single Burning Heaven, in which she alternates between playing an axe-wielding bride and a leather-clad badass, the name Erny Belle was quickly on the lips of anyone paying attention. Six months later and the stunning debut album Venus Is Home has nearly sold out of its first pressing. Whānau, home and an occasionally twisted humour are woven throughout these deceptively dreamy songs, with some lyrics speaking of the day-to-day in the small town of Maungaturoto, where Renata resides when not living the big city life. Despite having played a mere two gigs in her short career, we’re calling it here and now — this is an artist to keep your eye on. 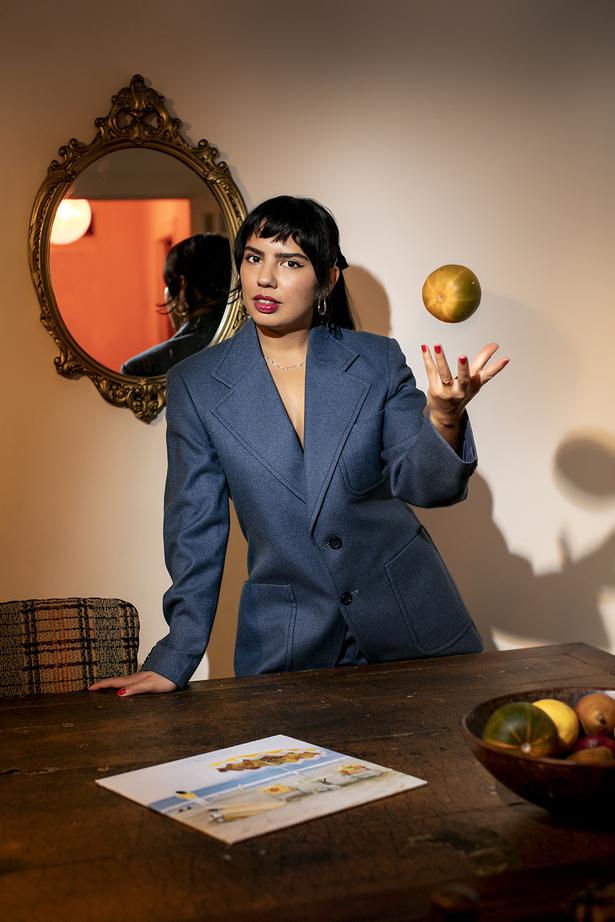 2. Baby Zionov
While the rest of the world tries its best to phase out fun from the dancefloor, Auckland-based musician and songwriter Baby Zionov, aka Aaliyah Zionov, is hell-bent on bringing the good times back. Zionov’s live shows are quickly becoming the stuff of local legend, with her genuinely unique blend of playful electronic music genres that span the dance music timeline, as well as throwing in surprises such as a controlled deflating balloon solo over the top of her sweet, sweet jams. Brand new single PJ Princess has just dropped on Sunreturn Records — itself a label well worth investigating — and features vocals from Moody V of happy hardcore duo Van Staden & Bohm. The tune is the first we’ve heard from new album Henrietta, due out in July, but thankfully there are plenty of previously released singles and remixes from Zionov to tide us over until then.

READ: Sharon Van Etten Is Going About Things All Right 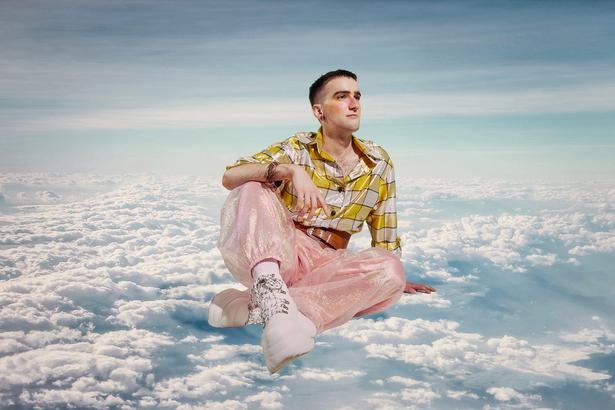 3. Te Kaahu
Te Kaahu is the powerful new project of Em Walker (Waikato-Tainui, Ngāti Tāpa), who also moonlights as alternative pop act Theia. After falling in love with recent single Waikato, we were treated to a sneaky preview of Te Kaahu’s debut album Te Kaahu O Rangi, and can reveal that when the album lands on Friday, the world is in for a beautiful treat. Written and sung entirely in te reo Māori, each waiata is clearly, lovingly and carefully crafted, with Walker explaining that for this set of songs she had a strong focus on the art of storytelling, and says she wanted to pay tribute to her tūpuna wāhine (female ancestors). Musically, these harmony-drenched songs sway effortlessly from sparse and spine-tingling balladry to vintage-sounding numbers that evoke torch songs of the 1950s and 60s, all coming together to form one very special album indeed. 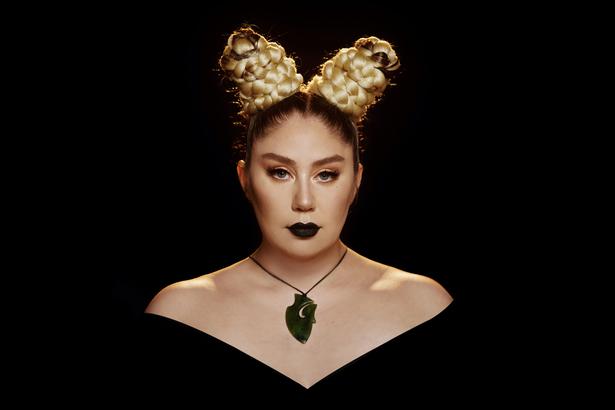 4. T. G. Shand
Once best known as the vocalist for Melbourne band Miniatures, these days Annemarie Duff is Ōtautahi-based and moonlighting musically as T.G. Shand. With a string of singles released sporadically since 2018, Duff’s self-produced shoegazing, dream-popping tunes are world-class, and we reckon there’s nobody else making music quite like it. A touch of Cocteau Twins, a hint of The Durutti Column, and a wash of ocean sounds go some way to summing up the sound of latest single Little Sieve, which Duff recently released as a limited-edition “lathe-cut” single. A full-length album has been hinted at for later this year, and rumours of a national tour are bubbling, but until then we’re enjoying the mystique of Canterbury’s best-kept secret. 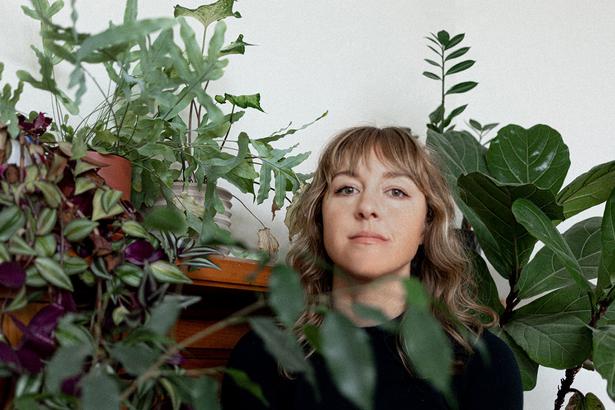 5. Mokotron
When it comes to being on the forefront of game-changing electronic music, look no further than Mokotron. Choosing to stay largely anonymous, Tāmaki Makaurau’s Mokotron blends the sound of traditional taonga pūoro with synths and drum machines to create a fresh, underground electro bass sound that seems to be capturing the attention of listeners nationwide. Having released their seven-track EP Tawhito just over a month ago, Mokotron is tearing up the student radio charts, and there are rumours of some vinyl releases on the way. With Mokotron choosing to remain an online presence only for now, we’ll have to settle for turning up their tunes nice and loud at home until they find a way to tour without having their identity revealed. Who is that masked man? It’s Mokotron, that’s who.

6. End Boss
A metal supergroup of sorts, End Boss was formed by members of two of New Zealand’s heaviest musical behemoths, Wellington’s mighty Beastwars and long-standing Hamilton trio Ghidoragh, along with relative newcomer E.J. Thorpe on vocals. Hailing from Hawke’s Bay, E.J. may not have the years under her belt that the boys in the band have, but it doesn’t hold her back whatsoever from rising above the sonic sludge of drums and guitars; it’s clear the new voice of Aotearoa metal has arrived. The band recently released their fearsome debut album They Seek My Head, and stormed straight to #4 in the NZ album charts. Catch them on tour over the next month or so for one of their infamously loud ’n’ proud live shows. 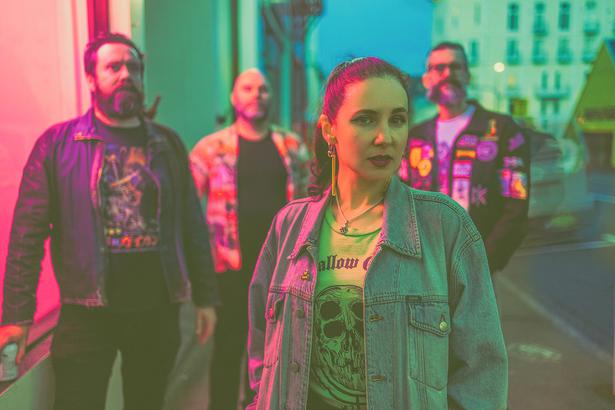 7. TOOMS
This Auckland two-piece, composed of Dorian Noval (drums, vocals) and Nich Cunningham (bass, vocals), have recently followed up their self-titled cassette EP on Arcade Recordings with their surprise-release debut long-player on local vinyl label 1:12 Records. Fake Teeth is fierce and it’s fun, just what the doctor ordered. It’s refreshing to hear music made by a pair who make music without compromise, and it’s remarkable to discover how much gloriously raucous noise can be made almost entirely with just bass, drums, and vocals. The album finds the dynamic duo testing their own limits and loving it, while enlisting noisy fellows Jeff Henderson and Jonny Marks on wild saxophone and synthesiser respectively. 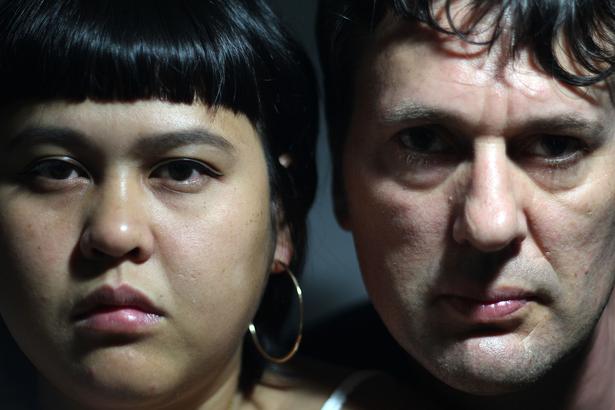 8. Ben Woods
Lyttelton alt-folk/indie artist Ben Woods has just announced his follow-up to his 2019 album Put with new record Dispeller, due for release locally this July on beloved DIY Christchurch indie label Melted Ice Cream. The album finds Woods continuing his experiments with woozy, altered sounds, fractured piano and haunted guitars. The video for his new single Hovering At Home, made with puppeteer Tom Tuke and film-maker Martin Sagadin, features a surreal, hand-made world evoking a kind of delirious dream. Woods might not be a household name, but he’s a well-respected linchpin in the Ōtautahi music infrastructure, and with guests such as Marlon Williams, Alastair Galbraith, and Womb’s Charlotte Forrester providing guest vocals, it’s clear that his is a star on the rise.

READ: Lorde Poses 7 Questions To Some Of The Talented Young Artists On Her Radar 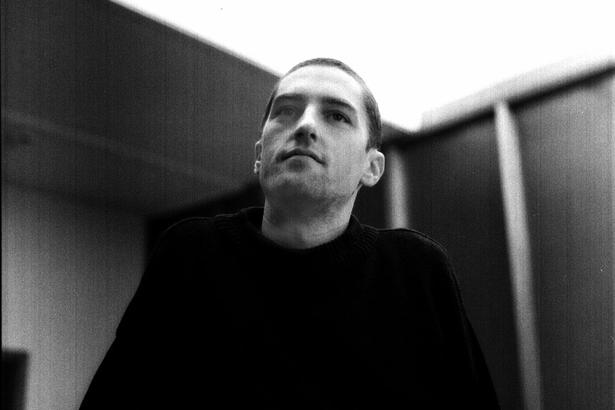 9. Dartz
With razor-sharp lyrics that address everything from the legacy of Captain Cook to Brian Tamaki’s money mania, to extolling the virtues of their home city of Wellington on a good day, rebel rouser quartet Dartz have most recently set their sights on Auckland’s famed dumpling district with song Dominion Road. The new single comes with a video that acts as something of a quickfire culinary tour of our famous square mile, as well as a cameo from The Don — McGlashan, that is — clearly giving his blessing to this food-tastic twist on The Mutton Birds classic. Dartz carry an energy like few other acts in the country; politically aware class clowns with a reputation for bringing the party wherever they appear. It’s easy to see why the band took home Favourite Group at the inaugural Student Radio Network awards. Catch them live this month if you can.

10. Wiri Donna
Describing her own sound as “dinky riff rock”, Pōneke-based artist Wiri Donna — aka Bianca Bailey — has returned to the scene with a brand-new batch of six delightful jangly, pop-rockin’ songs. Her new single, No Follow Through, is a brilliantly catchy hint at what’s to come on Wiri Donna’s forthcoming EP Being Alone. The song begins with toe-tapping indie pop licks, with throwbacks to twee Scottish bands like Camera Obscura, before giving way to a no-holds-barred, chunky chorus and wailing solo. Recorded with Wellington’s secret weapon James Goldsmith (who also engineered End Boss and Dartz on this list), we’re looking forward to hearing the rest of the tunes, with Being Alone arriving just in time to see out NZ Music Month. Donald Glover On The Most Maximalist Season Of 'Atlanta' Yet

The actor-creator discusses the debut of season three, and how the show has always been way ahead of its time

FKA Twigs Returns With A Mixtape That's Made Just For You