Swimsuits from At The Beach: 100 Years of Summer Fashion in New Zealand. Picture / Karen Ishiguro. 23 Things to Do in October

There are plenty of festivals, exhibitions, talks and films on around the country this month

1. At The Beach: 100 Years of Summer Fashion in New Zealand
From woollen bathers of the Edwardian era to the skimpy bikinis of the 70s, this New Zealand Fashion Museum exhibition looks at how the beach has had a lasting effect on fashion in our coastal country.
— Auckland Maritime Museum, October 17-February 8

4. TEDxChristchurch 2015: Think Again
This one-day event encourages wonder and exploration and serves as a bridge between Christchurch and the rest of the world.
— TEDxVillage, Gloucester Street, Christchurch City, October 3

6. Viva Sessions
The Viva Sessions are back again this year, with three fabulous nights of food, fashion, beauty and wellbeing, with special guests.

— Tickets are $29 each from iTicket.co.nz, and include gourmet canapes, a drink on arrival and a stylish goodie bag.

7. Pink Star Walk
Help raise money for the New Zealand Breast Cancer Foundation and participate in the Pink Star Walk, which is now in its eighth year, in Auckland and Wellington this month and Christchurch in November.
— October 3 and 17

9. New Works
Pieces by Karl Maughan, Nigel Brown and Simon Clarke are being featured among other artists in a group exhibition in Queenstown this month.
— Milford Galleries Queenstown, 9A Earl St, Queenstown, until October 14

10. Mitimiti
Opening the 12th Tempo Dance Festival this year is Mitimiti, an indigenous gallery-style performance by Atamira Dance Company. In his first full-length work, choreographer Jack Gray has drawn on different cultures to tell the tribal stories around the coastal settlement in the Hokianga Harbour. The audience is invited to move around during the show, to take in the expression of the dancers as well as an overhead projection by New Zealand artist Lisa Reihana.
— Q Theatre Rangatira, Auckland, September 30-October 3

11. Sealy’s Designer Bed Charity Auction
Four New Zealand creatives, including Huffer designer Steve Dunstan and artist Owen Dippie, have teamed up with Sealy to design beds that will be auctioned off to raise money for the New Zealand Breast Cancer Foundation. You can bid on the auctions, which run from October 5-19, on Trade Me.

12. A Fine Balance
Rohinton Mistry’s novel A Fine Balance has been brought to the stage by Prayas Theatre Company with a cast of over 20 and an explosive live band.
— TAPAC, 100 Motions Rd, Western Springs, Auckland, October 8-18 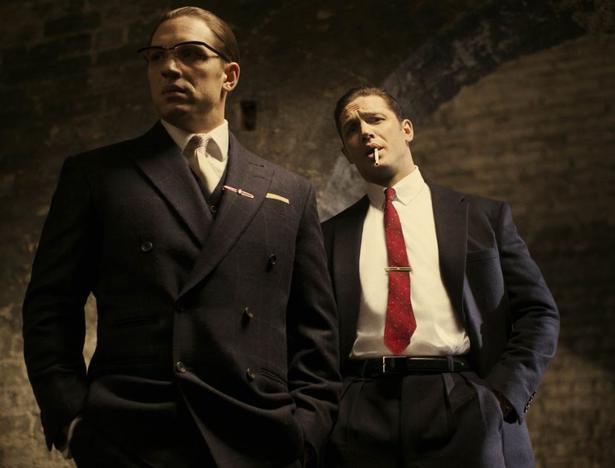 14. Legend
Tom Hardy plays identical twin gangsters Ronald and Reginald Kray (with the help of his New Zealand stunt double Jacob Tomuri) who cause havoc in London during the 50s and 60s.
— In cinemas from October 15

15. Artweek Auckland
Now in its 6th year, Artweek Auckland is a visual arts festival taking place in different locations around the city. We’re looking forward to The Max Patte Experience, which explores the elemental force of light and space at Allpress Gallery, and Late Night Art at the Auckland Art Gallery, featuring a live performance by Lawrence Arabia.
— Artweek Auckland, October 10-18

16. Art in a Garden
More than 80 artists from around New Zealand are included in Art in a Garden, with opera singer Rhona Fraser and The Nairobi Trio providing the soundtrack to view the sculptures, paintings, photography, ceramics and jewellery on display.
— Flaxmere Garden, 128 Westenras Rd, Hawarden, North Canterbury, October 29-November 1

17. Camille Henrot: Grosse Fatigue
An encyclopaedic video by New York-based French artist Camille Henrot is on display in Wellington, with still and moving images overlapping in pop-up windows, as if on a computer screen.
— City Gallery, Civic Square, 101 Wakefield St, Wellington, until March 2016

19. Burnt
Bradley Cooper plays a washed up chef who attempts to restore his career at a top London restaurant, which is on a quest to earn three Michelin stars.
— In cinemas from October 22

20. Bound Communication and Stories of Love
Acclaimed artist Lisa Roet is presenting a new body of work centered around a gorilla she worked with at Berlin Zoo in the late 80s, using bronze and carrara marble.
— Gow Langsford, Cnr Kitchener and Wellesley Streets, Auckland, 14 October - 7 November 2015

23. The Dressmaker
Kate Winslet and Liam Hemsworth star in this film based on an Australian novel about a famed dressmaker working in Paris who returns to her tiny Outback hometown.
— In cinemas from October 29