The award-winning choreographer levels-up, and is appointed an MNZM for her services to dance

Top choreographer and creative director Parris Goebel has achieved the kind of success most people twice her age can only dream of.

At 28 years old, she’s managed to carve her own path as one of the world’s most in demand choreographers, working with a diverse range of chart-toppers including Rihanna, Justin Bieber and Janet Jackson, re-defining contemporary dance one step at a time.

Today, the L.A based creative is appointed a member of the New Zealand Order of Merit as part of the Queen’s New Year Honours for her services to dance.

The Queen's New Year Honour is bestowed upon those who've made significant contributions to their chosen fields and to their community.

Speaking with Viva while back in Auckland for a few days during Christmas to spend time with family, Parris reflects on receiving the major acknowledgement for her work.

“I feel extremely honoured. I honestly was so suprised when I got the letter. It caught me way off guard. I wasn’t expecting it at all.”

She is also in the middle of rehearsals for another significant moment in her career — collaborating and choreographing the 2020 Super Bowl Half Time show with Jennifer Lopez, taking place on February 2, an event that attracts a global viewership of over 100 million people each year.

“So far the Super Bowl prep in Miami is going amazing. Jen and I started from scratch, and we’ve been collaborating everyday from song choices to concepts, so its been very special.

READ: Young Dancer Hemana Hodge Is Working His Way Up To The Top

The Queen's Honour will be another feather in her cap, and she'll travel to Wellington in April to accept it in person at an official ceremony.

"So to come home and be honoured by my country, my homeland, is a special feeling."

"It’s come full circle for me; growing up in Aotearoa, and then actually achieving my dreams and to be honoured in such a way — that’s really special to me.” 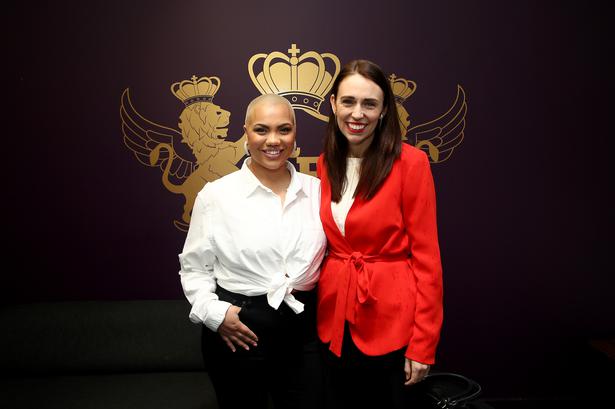 Her portfolio of work needs little introduction. She has worked with some of the world’s top musicians, and helped create some of the most memorable moments in pop-culture over the years.

In July, British singer Sam Smith released the video for his single How Do You Sleep? Featuring intricate choreography by Parris, it marked a significant moment for the UK singer who is not known as a dancer.

There's also her collaborations with Rihanna, most recently, for the singer's Savage X Fenty presentation at New York Fashion Week in September, setting the standard for more non-traditional runway presentations.

Her work with her sisters and their organisation Sisters United, based out of her Palace Dance Studios in Penrose, is also an important part of Parris' journey. Here she is involved in helping provide safe spaces through creative workshops for young Maori and Pacific girls to express themselves, helping them tackle issues that range from bullying to body image.

As a world champion dancer, the importance of the Queen's Honour is not lost on her.

“There’s a weight to this honour and also the history of it is really amazing" she says.

"It also has to be approved by the Queen, so reading this honour via a letter was quite surreal for me."

"I’ve grown up hearing about people getting these honours, but I truthfully didn’t ever imagine being ever one of those people."

"There’s a stigma about dance that people hold on to, and maybe we don’t get appreciated or praised as much as other fields. So this is huge no only for me, but for the dance community too.”

As we head into the start of a new decade, Parris has already lined up various major projects for 2020 — and an MNZM honour has come at a pivotal moment in her career.

"I’m starting to take steps in other artistic fields outside of dance, such as as film and directing. So to receive this honour now, it’s even more of a push for me to keep going and to keep dreaming bigger."

WATCH: Level Up by Ciara featuring Parris Goebel and ReQuest (2018).

"Now is the time for me to go and to fly, and to go beyond what people are expecting of me." 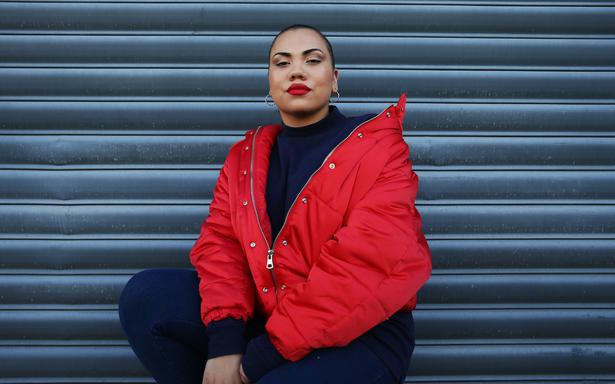 Heading back to Miami this week to continue preparations for the Super Bowl, Parris is also busy preparing for her role as curator of the entertainment and cultural programme for New Zealand, at Expo 2020 Dubai in October, an honour she received from Prime Minister Jacinda Ardern last August.

“This honour has made my family proud, especially my parents” she says.

“My family have always been proud of me, but they probably don’t understand how big of a part they have played in my career."

"Whenever I do something or achieve something — honestly all I care about is making my family proud."

"It’s a very Polynesian thing for me. So to see them light up and say ‘that’s massive Parris’ — that means a lot to me. Because they’re my number one. They’re the ones I do what I do for.”

Parris Goebel On Why She Loves Lipstick

The internationally renowned dancer and choreographer on her lipstick obsession