Vintner, actor, ukulele player, icon - Sam Neill is the man of the moment Sam Neill has just been announced as an official Arts Foundation Icon, celebrating the mark he’s made on movies in the 45 years since his screen debut. It’s a rare honour. In the awards’ 22-year history Sam is only the second actor to become an icon, following influential Maori actor and film-maker Don Selwyn into the circle.

“It really is quite thrilling,” he says of being bestowed with the foundation’s highest honour. “There’s only 20 of us at any one time and unfortunately it only lasts as long as you live. When you die you have to give the medal back,” he says.

Perhaps all 20 icons could meet sometime, he suggests. “It’d be nice to think they’d get us together once a year and have a dinner. Or at least a piss-up of some kind,” he says, chuckling softly.

He pauses and grins mischievously. “I wanted to say actors are the bottom-feeders of the arts but no, let’s take acting more seriously than that. It’s an honourable profession and often under-rated in terms of contribution to the national culture. I’m very pleased to be in this company. But I still think of myself as an apprentice, rather than an icon.

“I’m always in awe in the presence of other actors I admire. I’m always learning from them.”

That twinkle in his eye returns and he says, “You know, I’m always just grateful to get another job.”

That’s hardly been a problem for Sam. His lengthy and varied filmography is stacked with blockbuster franchises, box office hits, indie darlings and critically acclaimed classics. We’re talking the likes of Jurassic Park, The Piano, Hunt for the Wilderpeople and Sleeping Dogs, among many, many others. 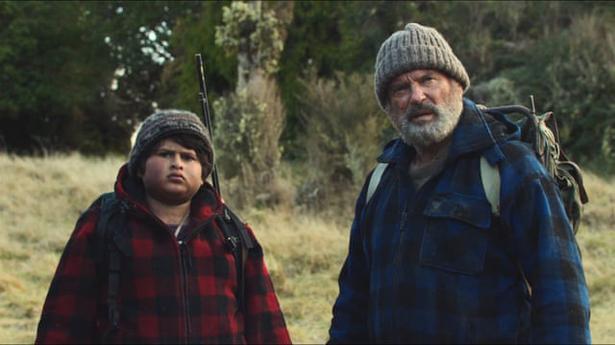 One of the reasons Sam’s pleased to be an arts icon is that most iconic references in New Zealand tend to be around sport. “I’ve always thought that New Zealand is particularly blessed with artists, visual artists in particular,” he says.

“I’m a great enthusiast of New Zealand painting and poetry, I’m a supporter of the New Zealand Ballet. New Zealand film, obviously, has been a deep and long interest for me.”

He cites Australia, where he’s “currently stuck”, as an example of a place where the arts’ greater value to society is not recognised by those in charge.

“But, of course, the arts are in trouble, everywhere in the world now. Performing artists more than anyone, because every performing artist needs an audience and in the current climate audiences are bad news.

“My peers, contemporaries and colleagues in the arts are doing it tough right now. I’m more than a little concerned for them. I was glad to see that the New Zealand government was very quick to offer some assistance to the arts.”

If you’ve spent any time on social media you’ll know Sam has a well-deserved reputation as something of a gentle jokester, posting videos of himself serenading the ducks on his farm in central Otago, plucking away on his ukulele, or, over lockdown, making brief humorous sketches under the title “Cinema Quarantino” with his famous acting friends like Helena Bonham Carter and Stephen Fry.

“I thought of that idea one night when I was tossing and turning, sleeplessly worrying about things. I realised there were two things I needed to do to keep sane during this period,” he says.

“Sanity was — and is — something we all need to keep in the forefront of our minds. Mental health is problematic for everyone in the arts. There have been studies that show mental illness can be five times more prevalent among people in the arts.” 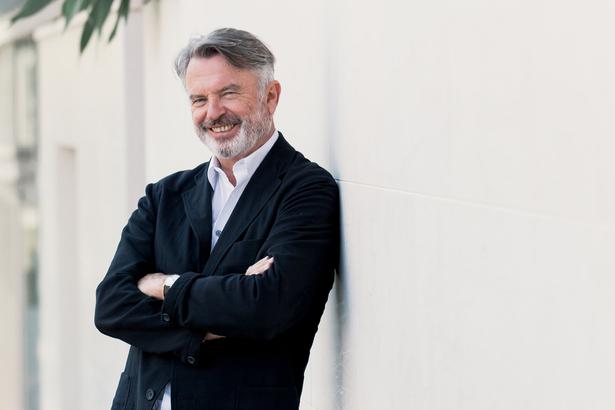 The first thing he realised was that he had to keep himself from getting bored. To that end he painted, he played his ukulele (“badly”, he chuckles) and he got out his phone.

“I thought let’s make some films on our iPhones. I just need a friend who can act, we’ll make up a little script together and keep it under 02:20, which is the limit for Twitter. If we make it ourselves then maybe it will cheer someone up.”

The second thing he knew he had to do was stop reading the news.

“I needed to turn off the news and the news cycle,” he says. “It was just doing my head in. So I’ve been entertaining myself and keeping busy. And trying not to let the constant cycle of bad news get into my head.”

If he was at home that wouldn’t have been a problem. He could have escaped into his winemaking at Two Paddocks, his South Island farm and vineyard. Winemaking is a well known passion of his but, I ask, is it art?

“It does qualify as an art. There are lots of things that go into making a great wine. You need a good grape site, the right grape, a great season, the right soil. You need to have a knowledge of chemistry and a profound knowledge of farming, of viticulture.

“But you’re also producing something that has a magic in the process as well. You’re dealing with things that are wild and unpredictable, wild yeasts and strange seasons. You need more than just a technical background. You need to have … something that’s beyond that.

It sounds like the keyword between the two worlds is ‘magic’, I say.