Having masterminded sets for films including The Piano and The Beach — to name just a few — New Zealand-born but London-based McAlpine launched Rockflower, his very own “vending” flower business in 2013. Ideal for forgetful boyfriends rushing to a date — or midnight breakups and make ups — Rockflower (pictured) brings beautiful flowers to the masses 24 hours a day, seven days a week. His first vending outpost is located at London Blackfriars Underground ‘Tube’ Station.

The ingenious idea to “vend” flowers came out of frustration with access to flowers when living in California some years ago. “I was living in LA (pre-farmer’s market days) when trying to buy fresh flowers was a constant problem, so I thought, ‘Andrew you are a designer do something about it’.”

The rest, as they say, is history. In the coming months he’s set to expand to a further three London Stations: Knightsbridge, Notting Hill and Piccadilly, with six locations planned in 2016. “It’s the democracy of beauty”, says McAlpine. “Fabulous beauty at your finger tips 24/7!” 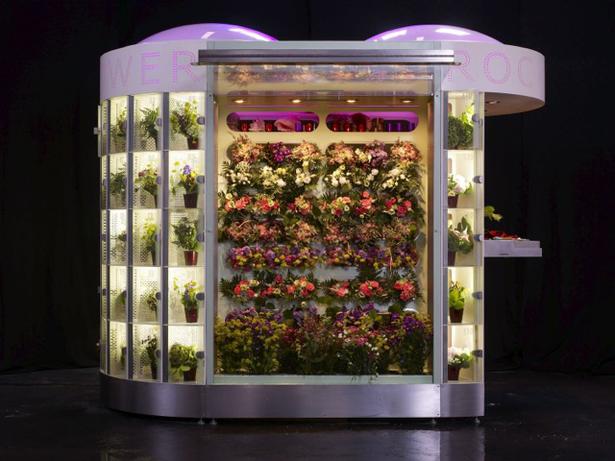