Local acts K2K, Tim Richards, Friendly Potential DJs, Becky and Minder will perform in support at all three events, which also take place on January 8 (with Theo Parrish and CC:DISCO!) and March 12 (with Midland and Gerd Janson).

Mixologist Kate Rose (formerly of Mea Culpa) has concocted four delicious cocktails for the party, which is inspired by similar rooftop events around the world.

"We think that fresh summer ingredients speak for themselves so we’ve tried to kept the cocktails crisp, fresh and easy drinking for a great afternoon in the sun," she says.

Her favourite is Firefly, which pairs Broken Shed Vodka with San Pellegrino Aranciata Rosa and fresh pomegranate to create "a fresh summer libation sure to keep you cool on those hot summer days".

Here are some of Kate's other mixes for the first party on Sunday afternoon. 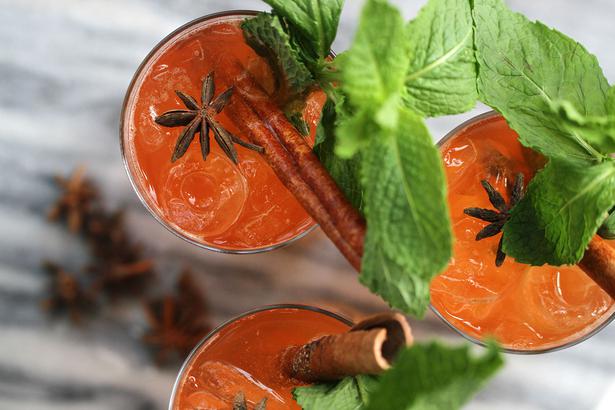 25 Great Things to Do in December

Do December right with our round-up of the most fun cultural events across the country, from exhibitions to concerts

Get Ready For Party Season With These 15 Healthy Recipes

Make sure you hit the party season in peak health

Throw A Party With These Easy Cocktails

Get the night started with these simple drinks

Sunday afternoons in Auckland are set to be a relaxed affair