It's 127 years since women first won the vote here in New Zealand, yet enfranchising female creatives is an ongoing crusade in the global arts community. A trailblazer is the Royal New Zealand Ballet's artistic director, Patricia Barker, with her 2020 programme.

"I know it’s the first time a classical ballet company has created an all-women year of choreographers," she told Viva. "But we shouldn't have a sense that a female choreographer is a special anomaly — they're just talented individuals."

Still, UK's Guardian newspaper wrote a story about her world-first move, ahead of the company's annual Tutus on Tour outreach to the regions.

Tutus is the beginning of the ballet year and features four works, with three other shows to tour the main centres, culminating pre-Christmas with a new version of The Sleeping Beauty — a total of 10 ballets by eight choreographers, who just happen to be female.

While all-male choreography is often the norm across most of the world's companies, but not advertised as such, Patricia sees no need to start labelling women's works, and special evenings of women's choreography strike her as outdated tokenism.

The way forward, she believes, is to provide a platform for works from a global talent pool and to make the conscious effort to include and develop women in this.

"They're out there, you've just got to call it, so I think I did it to show it's actually not that hard."

Her track record backs this up. In her previous post, the American was artistic director at Grand Rapids Ballet, Michigan, where in eight years, just over half of the works she staged were choregraphed by women.

A strong female co-director in her home company, Pacific Northwest Ballet, where she was principal dancer, encouraged her own transition into off-stage leadership.

"When I presented this year to my board I never emphasised that they were all women choreographers, only after the presentation when the board was excited (about the programme) did I tell them about what 2020 really means to me. 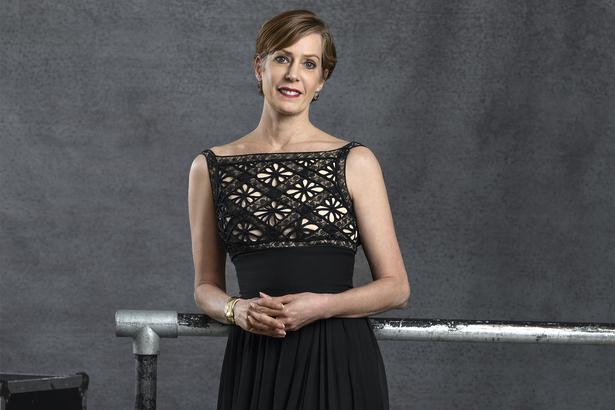 Patricia pictured in her first season with the Royal New Zealand Ballet in 2018. Photo / Ross Brown

It means vision ... My job is to have a clear sight of where I want to take this organisation and where I believe dance will go in the future." Part of getting there is providing opportunities for choreographers — "no matter who and what you are".

To further this aim locally, Patricia has appointed a choreographer-in-residence, New Zealander Sarah Foster-Sproull, to continue the development of a company that was in upheaval when she arrived in mid-2017. With key staff and dancers quitting and a 2018 schedule inherited from the third artistic director to depart in six years, she had her work cut out.

One of her first moves was to add a special programme, Strength & Grace, to celebrate the milestone 125th year of women's suffrage. Its specially commissioned works have since been picked up for staging overseas.

Now half-way into her five-year contract with a stabilised company, Patricia ended 2019 on a high, with a sell-out season of Hansel & Gretel. She and husband Michael Auer spent summer hitting the beaches, rather than in the chilly American northwest where she grew up near Seattle.

Before moving to Wellington, the couple's previous experience of New Zealand was a three-day visit in the 1990s. Now they own two floors of a building in Cuba St, and while Patricia can't quite decide how to describe their living space, she settles on "home".

Her matter-of-fact expectation of the company and its dancers in the coming year is one of building excellence. "The classics is our foundation, it's what the house is built on," but that, she says, can cantilever in new directions.

Ultimately, she'd like the company to tour overseas again and prove itself our "greatest artistic export". For the public, Patricia's main aim is for them to have the opportunity to see great art, without the need to travel offshore.

The tyranny of distance is something Patricia says New Zealanders often mention to her, but she sees it differently. "When I flew here I thought I was flying to the start of the world and not some forgotten place that was small and off to the side. I feel that we are the beginning of time, we start the day first, we wake up first — ideas can be ours first — and we have a sense of energy that can wake up the rest of the world."