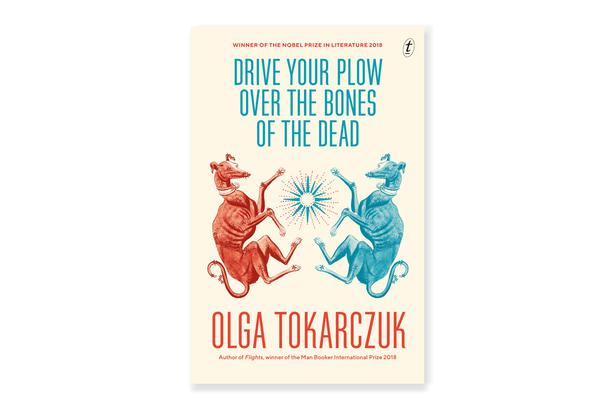 'Drive Your Plow Over the Bones of the Dead' by Olga Tokarckuz. Photo / Supplied

Fifteen Dogs by Andre Alexis
A playful yet poignant award-winner, this novel begins, as many tales do, in a bar. Two sons of Zeus, Apollo and Hermes, are drinking at the Wheat Sheaf Tavern — their earthly, Toronto temple — when they wager a bet based on a provocative question: If animals were given human intelligence, would they be happier? Fifteen dogs, holed up at a nearby veterinary clinic, become their motley experiment. Canadian writer Andre Alexis weaves a bewitching, whip-smart fantasy as these canines, endowed with human consciousness, confront language, problem-solving and a new kind of freedom. 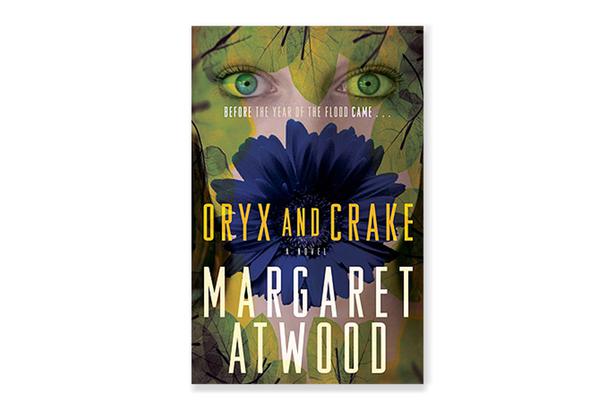 Oryx and Crake by Margaret Atwood
It must be said that this book, the first in Margaret Atwood’s MaddAddam trilogy, is not explicitly about animals. Yet in this dystopian vision where almost all of humankind is eradicated in one swift, engineered blow, they are imaginatively cast — a byproduct of the Canadian writer’s singular world-building. Pigoons, once genetically altered pigs designed to grow human-tissue organs in the innovation-led future, roam the ravaged world with keen humanoid intelligence. Rakunks, an accidental racoon-skunk hybrid, and Mo’Hair sheep — whose long, coloured fleeces were transplanted to those who could afford their particular cascading tresses — do too. There are, on feels, no limits to Atwood's imagination in this arresting meditation on biological science. 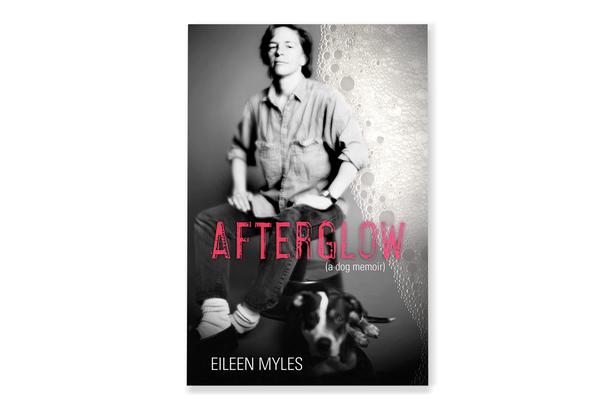 Drive Your Plow Over the Bones of the Dead by Olga Tokarckuz (translated by Antonia Lloyd-Jones)
A string of violent deaths involving deer antlers and a set of curious circumstances in a small town of Poland brings the town’s ill, eccentric caretaker, our narrator Janina Duszejko, to an unbending conclusion: the animals are exacting their revenge, for being hunted, for being treated differently. From Nobel Prize-winning author Olga Tokarckuz comes a dark, taunting whodunnit (and a quiet ode to William Blake) where questions abound and a vivid character study unspools. 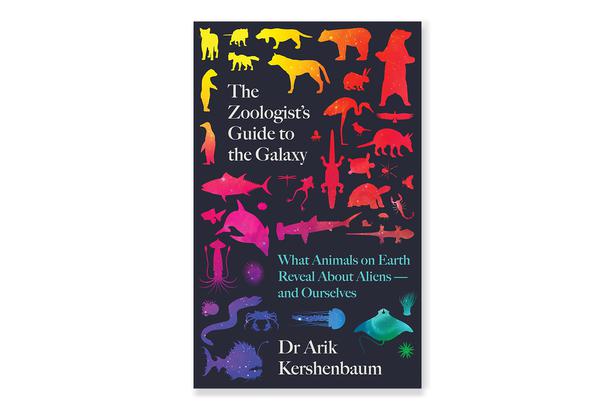 'The Zoologist’s Guide to the Galaxy: What Animals on Earth Reveal about Aliens – and Ourselves' by Arik Kershenbaum. Photo / Supplied

Afterglow: A Dog Memoir by Eileen Myles
Eileen Myles’ flair for poetry and performance is at the fore of this memoir, which centres on her dog Rosie, a black and white pitbull terrier she plucked from a litter on the streets of New York. This book can be tough, not only because it is at times aching to read but also because it frequently departs from its memoir form into something entirely Joycean — at one point, Rosie waxes philosophical about the canine afterlife; at another, she’s on a talk show being interviewed by a puppet. For all this, though, it remains a frank, heartfelt elegy. 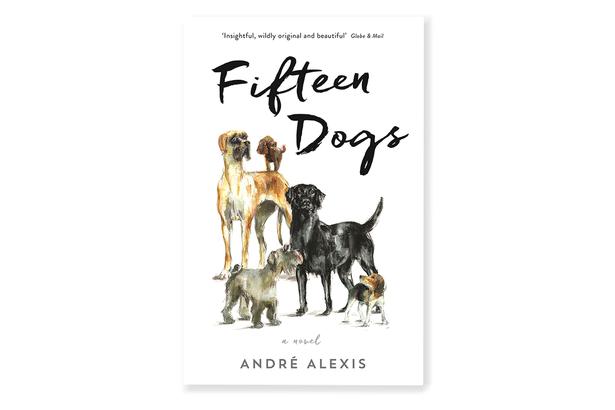 The Animals in that Country by Laura Jean McKay
Talking animals are also the centre of Laura McKay’s wry, prescient debut, where the sudden spread of a strange virus enables “enhanced communication between humans and nonhuman animals”. While some of the infected are driven to madness, for narrator-grandma Jean, who works as a guide at an outback wildlife park, it's a welcome ability, and one she shuttles through with a young dingo called Sue as they embark on a journey through a changed world. McKay deftly writes of agency and language, which glitter with miscomprehension in this tale of two. 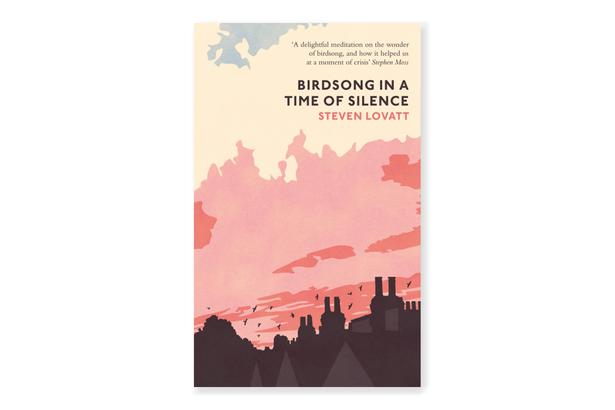 'Birdsong in a Time of Silence' by Steven Lovatt. Photo / Supplied

Metazoa: Animal Life and the Birth of the Mind by Peter Godfrey-Smith
Professor turned scuba diver Peter Godfrey-Smith weaves philosophy and science in this sharp, thought-provoking exploration of consciousness and sentience, looking as far back as 600 million years ago to the start of metazoan (multi-cellular) life. If you’ve ever wondered how minds evolve, or whether animals have a sense of self, this tome is a must. Plus, there’s plenty of lulling underwater accounts as Godfrey-Smith guides you through his first-hand learnings of crabs, whales and octopuses off the coast of Australia. 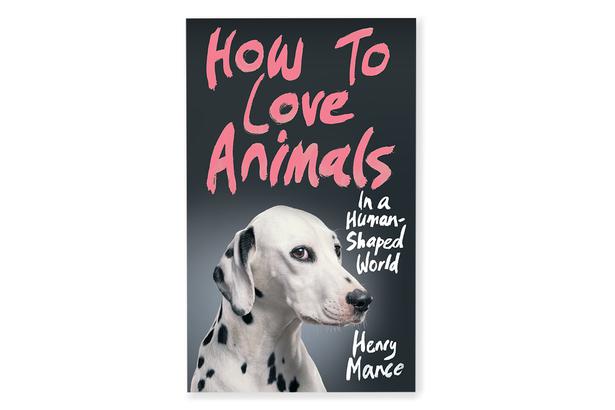 'How to Love Animals in a Human-Shaped World' by Henry Mance. Photo / Supplied

Birdsong in a Time of Silence by Steven Lovatt
Steven Lovatt’s lyrical love song to birds was born from lockdown and its pressing silence: “Finally, the earth could hear itself think, and the voice of its thought was song.” Blackbirds, skylarks, herons and starlings feature in this slim, beautiful tome as Lovatt wends through childhood memories and a new-found connection to nature in a different soundscape. 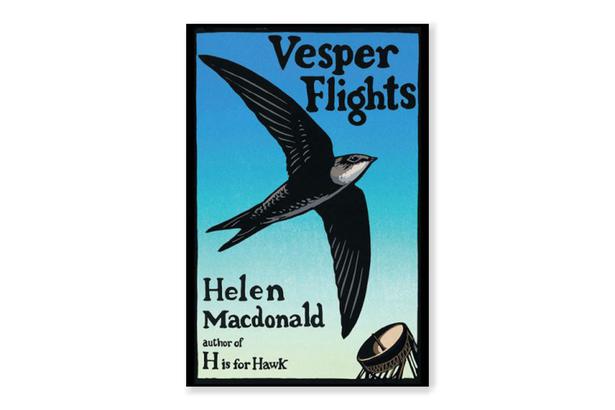 How to Love Animals in a Human-Shaped World by Henry Mance (April release)
There’s a rigorousness you’d expect of a Financial Times journalist as he meets chefs, farmers, activists, scientists and tech wunderkinds to find out what, exactly, we can do for animals (imperilled or not) in this far-reaching investigative work that delves deep into everything from eating meat to visiting zoos, owning pets and regenerating the wild. There’s much to learn in its probing pages, and much to apply to our troubling present. 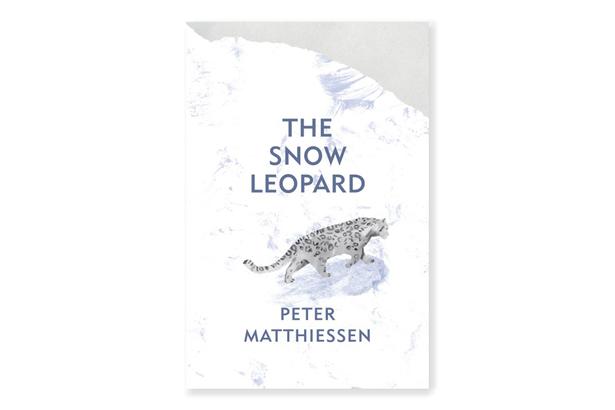 Vesper Flights by Helen Macdonald
It’s hard to write about the natural world, and yet, even as Helen Macdonald, acknowledges this, she pens some of the most masterly prose on the subject. Her latest collection of essays takes stock of nature, of wild boar and buck hares, of glow worms and peregrine falcons, as we bear witness to the accelerating sixth mass extinction. The pages are punctuated with gloom, to be sure, but the naturalist and scholar crafts something dazzlingly purposeful. 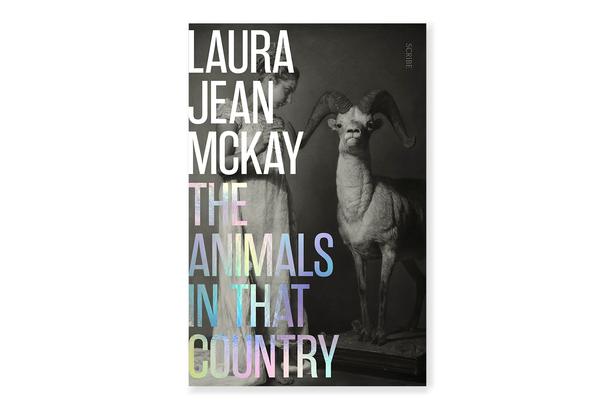 'The Animals in that Country' by Laura Jean McKay. Photo / Supplied

The Snow Leopard by Peter Matthiessen
Peter Matthiessen never expected to see a snow leopard. He went to Nepal, hopes low, looking predominantly for the Himalyan blue sheep, and to meet the Lama of Shay at the Crystal Mountain. Written in 1978, and winning the National Book Award the same year, this slow-moving account of his five-week trek has become a staple of travel writing that is as much a journey of mountains as it is a journey of the soul. 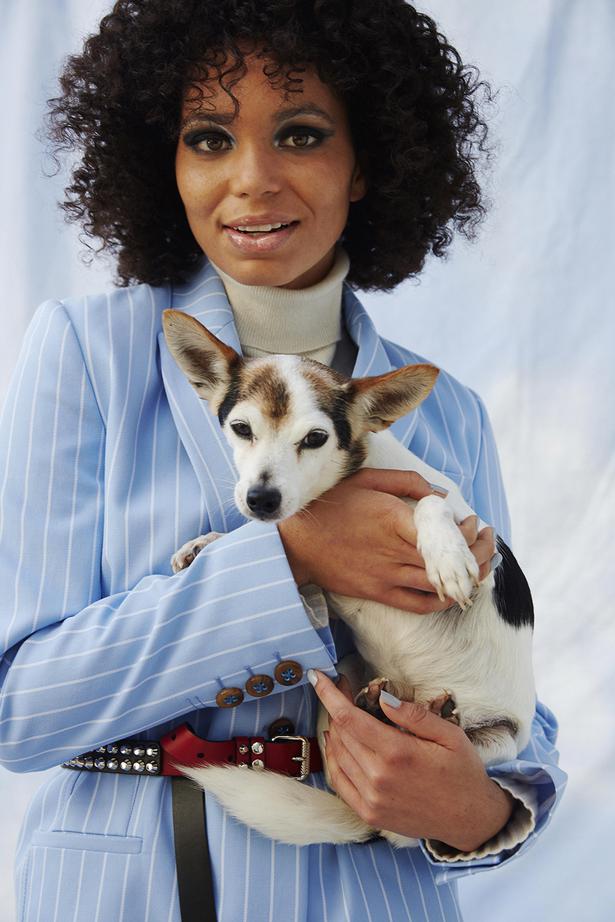 The Zoologist’s Guide to the Galaxy: What Animals on Earth Reveal about Aliens – and Ourselves by Arik Kershenbaum
The focus of Arik Kershenbaum’s book is not whether aliens exist, but rather, what would they look like and how would they move through their world if they did, based on what we know about evolutionary principles, animal communication and social systems. It is a hypothetical whirlwind steeped in knowledge befitting a biologist — we find out that dolphins have names for each other, that platypuses hunt using electrical impulses. As much as this book is about life beyond our planet, it is fixed firmly on the life within ours.