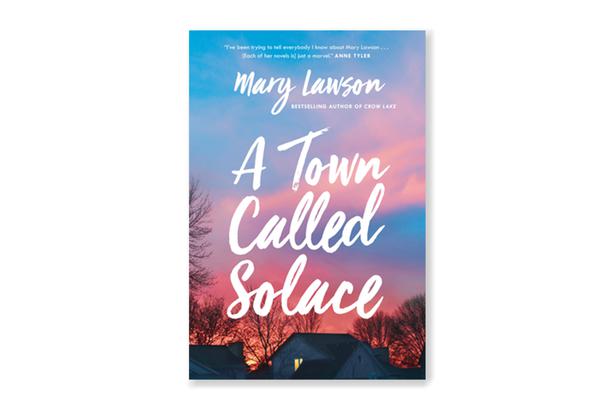 A Town Called Solace by Mary Lawson
Often my favourite book is the one I’m currently recommending to customers. At present, I’m raving about A Town Called Solace by Mary Lawson. I toyed with choosing a classic (Anne of Green Gables) or a Booker winner (Girl, Woman, Other) as my favourite read, but nothing beats discovering a hidden gem. A book that slips stealth-like into your hand by an author you’ve never heard of.

As a bookseller I’m constantly racing to finish one book and start another. Which is why it is a rare and beautiful moment when, as happened with A Town Called Solace, I finished the book, then promptly turned back to the first page to read it all again. Since author comparisons are all the rage in the book trade, if you’re a fan of Anne Tyler, Ann Patchett, and Alice Munro (as I am) then this little treasure is for you. — Olivia, The Booklover (Auckland)

Blood and Guts in High School by Kathy Acker
Kathy Acker makes language her plaything in her novel Blood and Guts in High School (1978). Her writing is in survival mode — feral, lucid, dextrous — patching together theatre, translation, polemic and poetry in an unflinching embrace of pain and screeching hatred of empire. This book is a fever dream and a punch in the gut: you can feel it strain against its bonds. I love Kathy because she's afraid of nothing. — Roman Sigley, Time Out (Auckland) 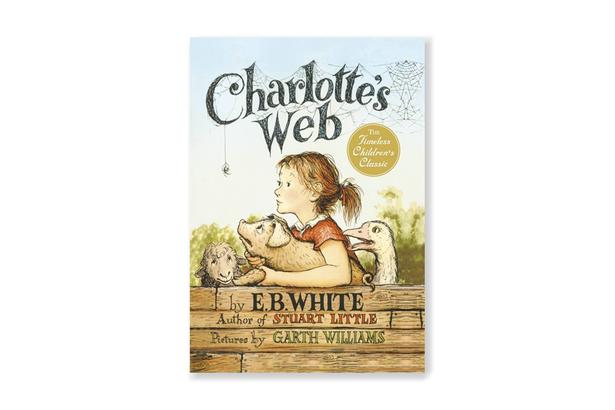 Last time I read it, I recognised Charlotte, the spider, as a feminist role model, especially for mothers, and other times I’ve admired Fern, the animal-rights-advocate girl who rescues Wilbur the pig at the start of the book. It’s a book to melt the hardest of hearts and it’s been in print for 69 years. — Jane Arthur, Good Books (Wellington) 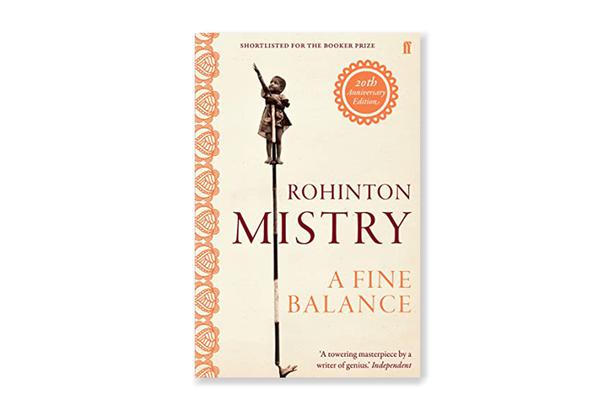 A Fine Balance by Rohinton Mistry
As a bookseller of nearly 50 years it seems impossible to choose a favourite book. It’s difficult to compare different eras as what is a favourite one year may seem dated in the future, although clearly some titles resonate throughout the decades. As a young man I was inspired by Gabriel Garcia Marquez, Hermann Hesse and Jack Kerouac and later by William Boyd, Ian McEwan and Annie Proulx. As a bookseller it is tempting to choose a favourite based on sales success. Every year and decade brings worthy bestsellers — The Power of One in the 1980s, Wild Swans in the 1990s or, more recently, The Boys in the Boat.

I write this as India is ravaged by Covid and my mind turns to A Fine Balance by Rohinton Mistry, so it seems poignant to consider this brilliant portrayal of Indian life in the late twentieth century. Just as its finely drawn characters had their lives thrown into turmoil by political and economic upheaval and from it form extraordinary bonds, I imagine many similar stories are now playing out in real-life India. — David Hedley, Hedley's Books (Masterton) 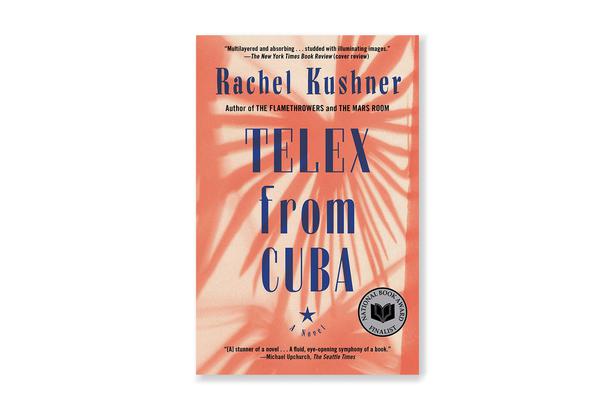 Telex from Cuba by Rachel Kushner
Rachel Kushner’s writing never fails to satisfy. She grapples with tough subjects on an intimate level with wit and insight. In her first novel, Telex from Cuba, the voices of her young protagonists, children looking on as mayhem descends, are vital and honest. Here is a delicious insight into Cuba, pre-Castro revolution; it is a Cuba dominated by American companies, corrupt officials and a military dictatorship, a Cuba of one-up-manship and power games that ultimately turn in on themselves.

All the complex machinations are laid bare by Kushner’s wit. She sends up the rebels, the Americans and the Cuban businessmen with aplomb. Yet tragedy is never far from the humour — the son who is disenchanted; the teen who is Cuban-born but American, always looking from the outside; the girl who sees the injustice but is powerless; the complicated lives of paternalistic overseers. The concepts of colonialism, cheap labour, power struggle, corruption and class are played out convincingly. Kushner takes Cuba and her array of misfits and gives us a novel lush with description, full of violence and pleasure. — Stella Chrysostomou, Volume (Nelson) 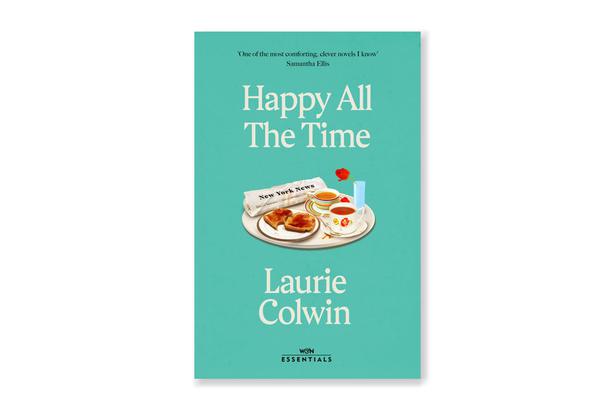 Happy All the Time by Laurie Colwin
Cool is ineffable. Like happiness, you know it when you feel it. Laurie Colwin was cool. Her novel Happy All the Time (first published in 1978) tells the story of two New York romances. When you read Colwin, you're in good hands. I have not yet finished this book, and already it is one of my favourite novels. Romance can do that to a person. It makes you giddy, irrational, compulsive, and it can drive you crazy. Some things go out of fashion, others are timeless. This is a timeless romance novel. — John Prins, The Open Book (Auckland)

READ: Some Of New Zealand's Best Independent Bookstores Are Online 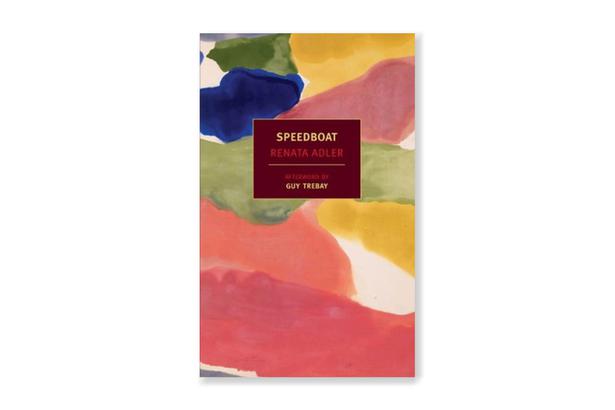 Speedboat by Renata Adler
Renata Adler and her long, dramatic plait, often in some state of unravel, will forever be the epitome of cool to me. Her novel Speedboat is still one of the very best books I’ve read; a vivid scene report from 1970s New York City, filled to the brim with whip-smart dispatches from our jaded, observant narrator — a sharp, neurotic young newspaper journalist — and all the party guests, taxi drivers, professors, journalists, politicians and debutantes in her orbit. A clever, polished collection of stylish vignettes, personality rather than plot becomes the novel’s driving force. It’s a book that leaves an impression. — Amanda Jane Robinson, Time Out (Auckland) 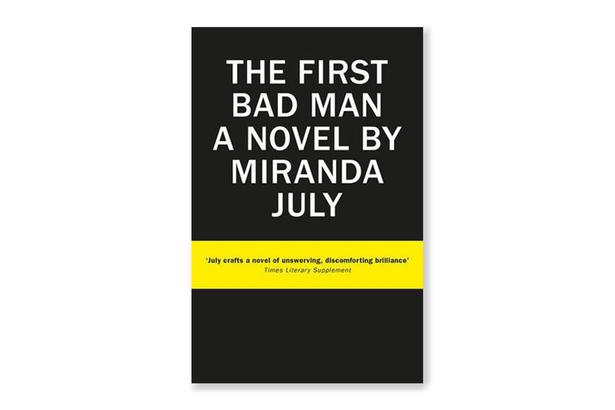 The First Bad Man by Miranda July
I read a lot as a bookseller and I have oodles of great reads to share but it’s not that often that I read a sock-you-in-the-stomach, wind-in-your-ears, straight-to-the-champions-board read. One of my absolute favourites is The First Bad Man by Miranda July. It’s about an OCD, middle-aged woman named Cheryl who is bullied by her employers to take in their unsanitary, 21-year-old daughter Clee, into her home.

There’s obsession, self-defense, many bodily functions and a spiritual guide named Kubelko Bondy, who is seen in the form of a baby. It’s bonkers-funny, uncomfortable and, ultimately, the most beautiful story of maternal love. It’s a marmite book — very polarizing — but I thought it was just perfect. — Jenna Todd, Time Out (Auckland) 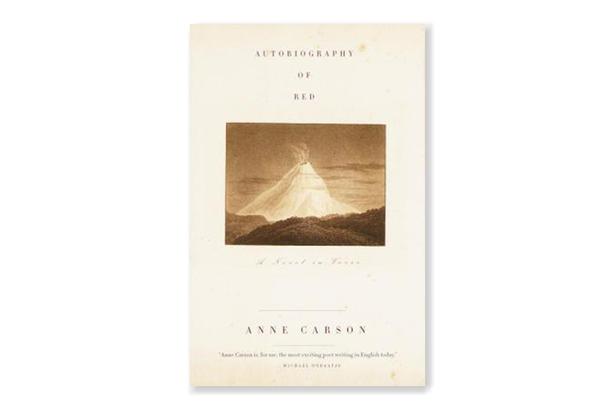 Autobiography of Red by Anne Carson
I've not been marked in quite the same way as Autobiography of Red (1998), Anne Carson's wildly tender re-telling of the life of Geryon, the red-winged monster of Greek mythology. At 21 this book cracked my heart open and showed me new possibilities for both fiction and poetry. It has such a vivid and lovable hero who crosses a volcanic terrain of loss, abuse, art and love, and yet it is entirely built through these highly condensed handfuls of words. I kind of love the way it found new fame in The L Word as Jenny Schecter's favourite book too. I adore it like no other. — Manon Revuelta, Time Out (Auckland)

Winter of Fire by Sherryl Jordan
Winter of Fire by Sherryl Jordan was the first book I coveted. I spied it face out at the book fair, with its glossy 90s cover, and I had to own it. I would nip into the library to check it was still there while I whined my mum into buying it for me. It was the first book I chose for myself and I read it while I ate, while I should have been sleeping, and even while I walked. The dystopian setting and badass female protagonist Elsha are threads woven into my choices ever since. I re-read it every year. — Katie Swanson, Time Out (Auckland)

Sorrow and Bliss by Meg Mason
This book left me with a hangover, and no, not the usual Sunday morning kind, but the kind that only a truly magnificent story can leave you with. The kind where you become so utterly engrossed with the characters that they become real people and you start to think of them as friends. And we all know only a writer oozing with talent can achieve such a feat, and in that case, Meg Mason most definitely qualifies.

This novel starts with Martha, the narrator, having just left her fortieth birthday party that she never wanted, organized by her husband Patrick. Here we are immediately thrown into a relationship in turmoil, but with no answers as to why. After setting the scene, Martha takes us back through time, and we get to follow their story from their first meeting as family friends in their teens, to falling in love, and all that is in between. — Mandy Myles, Bookety Book Books

Sorrow and Bliss by Meg Mason is the funniest book about sad things I’ve ever read. It’s a novel about mental illness, how families absorb and accommodate it, and yet it made me laugh out loud. Martha knows there’s something wrong with her, but can’t work out what it is. She decides she mustn’t have children in case she passes whatever it is on, but this causes trouble. Can she survive her journey to diagnosis, and which relationships will remain standing at the end?

Martha’s hilariously flawed family gives the novel a delicious richness. The writing is energetic, spiky, yet full of pathos, with an intimate, confessional style, like you’re chatting with an old friend. The pacing and plotting are tight, so it’s hard to put down but you’ll miss the characters desperately once you finish it. Meg Mason is an exciting new voice in comedic writing. — Bel Monypenny, Scorpio Books (Christchurch)