Why Cannes Belonged to the Grande Dames

Finally, we have had a film festival where older women enjoyed their moment in the limelight It’s a truth that many may not have realised until this year but, like the scent of jasmine emerging in the evening, a classy actress doesn’t come out until Cannes. It may be outrageously youth-ist, but by classy think older, wiser and, to be honest, chicer. The Grandes Dames of cinema, if you will: Susan Sarandon, Helen Mirren, Julianne Moore, Julia Roberts, Juliette Binoche, Uma Thurman and yes, even Chloe Sevigny, although it’s hard to believe she’s now over 40.

I’m sure these women aren’t actually hibernating through the standard run of awards ceremonies that comes at the start of each year, but it sometimes seems that way. In the celebration of youth, pizazz and split-to-the-thigh,-cut-to-the-navel dresses that the red carpet catwalk has become, older women can often feel sidelined. But as the fortnight of Riviera-revelling comes to an end tomorrow, the 69th Cannes festival has been a celebration of experience over youth - with the confident and witty approach to appearance that only a life lived and millions of dollars earned can bring.

There was Helen Mirren falling down on the red carpet and picking herself up in style; Julia Roberts, 48, foregoing shoes as she climbed the steps to promote her new movie, Money Monster, alongside the impressive Amal Clooney, 38, and Jodie Foster, 53, the film’s director. (Side note: George Clooney was there, too.) We saw Susan Sarandon picking up a Women in Motion award for her role in 1991 film Thelma and Louise and as an ambassador for the beauty brand L’Oreal - a deal she landed at the age of 69.

Her truth bombs - that Hollywood has got more sexist, not less, since Thelma and Louise came out 25 years ago - were as daring as her choice of trouser suits and flats. This confident, mannish look was also worn with panache by Salma Hayek, Jane Birkin, festival juror Vanessa Paradis, Juliette Binoche and Victoria Beckham - a sign that these women have enough fashion nous to eschew the traditional frothy dress.

That the festival has been a showcase for the more mature beauty has no doubt been made easier by the cultural truth that the French appreciate an older woman. Carine Roitfeld, the 61-year-old former Vogue editor-in-chief, hosted the Amfar Gala party at Hotel du Cap on Thursday night and said: “We’re French, we’re cool about these things. We’re more open-minded. Those older actresses, like Susan Sarandon, definitely had a moment at Cannes. Julianne Moore in Givenchy was fabulous. It was great to see Julia Roberts, too. I always think she would be amazing to dress.”

While lithe young fashion models were guests of honour at her night, their barely there spangly dresses became nothing more than a tacky talking point next to the chicer grown-up style of their elders. Carine even insists that getting older means she has an advantage over youth; “My style is more simple now - I’ve got to the age now where I know what suits me.” Her own approach to Cannes red carpet dressing this year, she says, was picking out a black lace dress that was two years old. 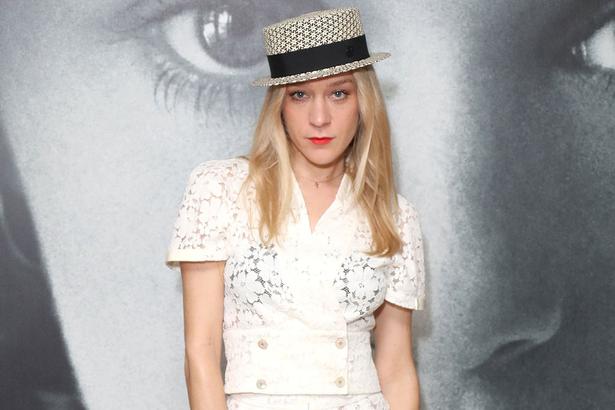 Equally, when you’re a star in France, you’re a star forever. Actresses continue to get good roles in French films, where the stories of older woman are celebrated, rather than apologised for - something clearly noted by Kristin Scott Thomas, who continues to act in both theatre and film on the other side of the Channel. Georgina Chapman, the British designer of the luxury fashion label Marchesa (the label most worn at the collective awards ceremonies so far this year) and wife of film executive Harvey Weinstein, said that while she would hate to think Cannes is the only place that celebrates actresses of a certain age, she also acknowledges that “at Cannes you also have the jury and people out there for many different reasons, so there’s a lot more variety to the guests”.

Of course, the female film stars are there to promote their movies, sell beauty products and push the designer labels lent to them by luxury fashion houses as much as they are at the Oscars or any other red carpet event. But it is also the case that older women of achievement are just more joyfully visible in Cannes than at any other time of the movie calendar.

As a result, famous women appear to relax when they get to the Riviera. And not only in terms of their style, but also attitude. With a huge output of interviews over the course of the fortnight, a lot of truths emerged - not always palatable. Addressing the “age issue”, Susan Sarandon confessed that she lives in New York and not Hollywood for a reason.

“Los Angeles is a town where it’s very hard to maintain your confidence because it’s so self-conscious,” she said. “I can just imagine picking up a head of lettuce in a supermarket and running into a producer, who then later says: ‘Oh no, I saw her, she is really not looking great these days’, because you are there without any make-up on or whatever. In New York it’s easier to live.”

Chloe Sevigny, who is starring in the Jane Austen adaptation, Love & Friendship, also took the opportunity to remind the world that actresses are still fighting a battle in terms of sexism by talking of the “creepy situations” she has been put in by some directors during her career - including the one who said: “Oh, you should definitely show your body off more before you get too old.”

But it’s good that Sevigny et al have the experience and confidence to recount these all too depressingly true tales. In Cannes, the conversational high heels come off, as it were, and the bare feet emerge. And sometimes they’re not always manicured. Which is more than OK.

High Heels: To Wear or Not to Wear?

Flats are fine, but a pair of heels adds class to any outfit