Unsurprisingly, the duo’s fingertips got a little dirty during the collaborative process, and the aim is for the works to dig deeper too. Coinciding with the Tuia Encounters 250 — a commemoration to mark the first onshore encounters between Maori and Europeans — Case Studies explores how plants travelled to and from New Zealand, via a bunch of juxtaposed compositions. If this is a history lesson, we’re paying attention. 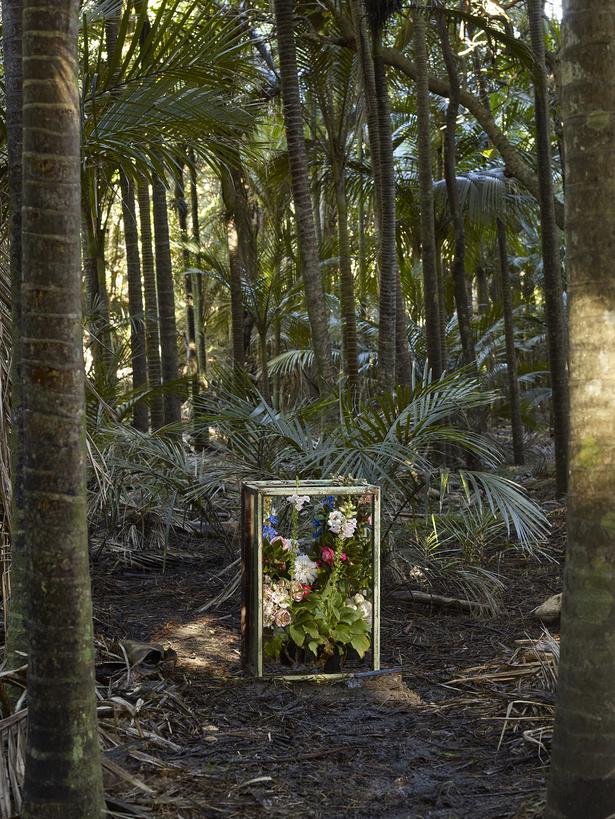 The idea for the exhibition sprung to life following mad-keen gardener Felicity’s discovery of the ‘Wardian Case’. She introduced the story to Mark and the pair set to work on how to express the ideas in a visual way.

“The glass and wooden cases were invented in London by Dr Nathaniel Bagshaw Ward in 1829,” says Mark. “This humble invention became the biggest mover of vascular plants and its impact on botanical, cultural and economic globalisation has only in recent times been fully appreciated.

“Our intention really was to spark interest in some of the issues, good and bad, around the introduction of exotic species to foreign lands. Obvious examples in the case of New Zealand being gorse and pine.” The cases are photographed in locations around the country, including Auckland’s rugged west coast, Taupo and Hamilton Gardens. Each location was carefully chosen to further the plant stories. “For example, we wanted to include radiata pine, an introduced species with a profound economic and environmental effect on New Zealand. The Taupo district with its large pine forests seemed ideal for this shot,” says Felicity.

“Hamilton Gardens has a wonderful example of a traditional Maori kumara pit and we were given permission to photograph a case of cabbages in the middle of it. The idea being to demonstrate a meeting of cultures as well as plant life. Of course kumara itself had been introduced by Maori on voyages 500 years earlier.”

They even tried to track down an original case to use — finding out there are only 12 left worldwide — and settled on glass cabinets to capture a similar spirit. To shoot the images involved scrambling through bush, over sand dunes, wading through water and waiting hours for the right light in various challenging climatic situations.

“The case being lifted, thrown, plants and all, and then smashed by a rogue wave provided a bit of drama on one occasion,” says Mark.