All cats are special and I would certainly never claim that mine is more so than anyone else’s. But I will claim that she is special in a very unique way: she’s a skilled costume model, willing and able to play characters as disparate as astronauts, sailors, queens, and geishas in photographs.

And adept enough at it that she’s gained popularity on the internet (not too hard to do, let’s face it, cat photos are popular even without wigs and crowns). She’s even bagged a contract for a book in which we’ll be telling history in her voice, from a specifically feline perspective.

A cat’s history? And why not? Of all the animals that humans have taken as domestic, felines get the shortest shrift for their contributions. Everyone knows about the heroism and loyalty of dogs — after all, they are considered man’s best friend, and have stood by our side through thick and thin.

And no one doubts the contributions of the horse. Even the pigeon, so often derided, has been awarded medals — during wartime, for delivering messages. In fact pigeons are second only to dogs in military commendations. Heck, Australia even gave a medal to a donkey who served at the Battle of Gallipoli and a statue was erected in his honour. 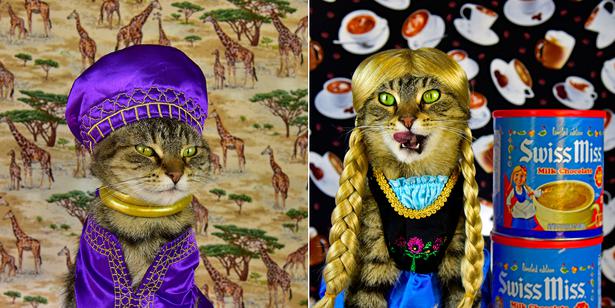 Ah, but what of the cat? Capricious and lazy, sitting on our sofas and lifting not a paw to labour on our behalf. Well, so the stereotype would have you believe. In truth, felines are among the bravest, most determined, and most loyal animals we have ever taken into the human sphere. If their understated nature doesn’t spell it out for us at every opportunity, perhaps it is our own fault as a species for needing constant adulation. Hence the photos, and the need for a book on feline history.

As the astronaut she becomes Felicette, the first and only space cat. Yes, cats have flown in space. Sure, you know about the Russian space dogs — but did you know the French also had a space programme, with a single launch? It was a cat who was sent up. Unlike the first dog, Laika, whose vital signs were off the chart before he died in space, Felicette was cool as a cucumber as she parachuted to safety. She survived her journey and was picked up by a rescue crew in the Sahara.

Then, dressed as a sailor, my cat becomes Simon whose hard work killing rats aboard the disabled HMS Amethyst saved the crew from starvation. Or Trim, the greatest of all feline navigators — sailing with Captain Matthew Flinders, Trim helped map Australia and then proceeded all the way to London to become the first animal ever known to have circumnavigated the globe. 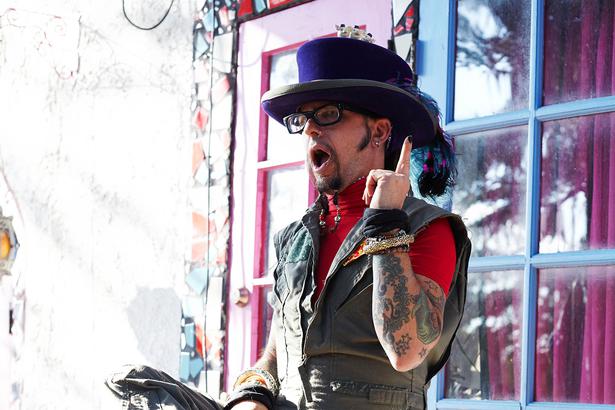 Was Trim just along for the ride? Nope! Flinders considered Trim an essential member of the crew, and even wrote a biography of his ship’s cat, the first feline biography ever written, penned by no less than the cat’s commanding officer.

And dressed as the geisha? She becomes the story of a Japanese courtesan, her life menaced by a poisonous snake and saved by a cat she thought was dead. A man jealous of the affection she showed to her cat believed he had it killed . . . but the cat instead had run off, and maintaining watch over her beloved mistress suddenly appeared to save her in time of distress.

How many stories are there like these, hidden by history and undermining that silly stereotype of the capricious, lazy cat? If I told you there were hundreds I would be lying, because in truth there are thousands. For a book, that’s a lot of editing (and an awful lot of costume photos). But she’s working on it. Maybe I’m helping just a little. The book should be out next year.

Porridge is one of the best ways to start your day, and the same goes for cats

If loving an animal makes me crazy our society has some serious growing up to do, says Samantha Paige Rosen