Rebecca Anderson has been inspired to allow insight into the cause and effect we have on the world’s most vulnerable. Picture / Supplied

At Chaos & Harmony, we’ve always felt that our journey is not just about creating distinctly designed, high quality shoes and having transparent internal processes. Being a socially responsible business means it’s also about supporting organisations that have a good impact on the world. Over the past three years, we have supported Tearfund’s holistic fight against human trafficking.

Recently I took part in a Learning Lab held by Nvader, which works in prosecution and rescue, in Bangkok. It was an opportunity to better understand the issues around human trafficking, specifically in Thailand and surrounding countries, and the strategies Nvader has in place to combat this dehumanising trade.

After a cancelled flight from Tauranga to Auckland and a delayed long-haul flight to Bangkok, we spent the first day exploring the city and landscape, understanding the spiritual and cultural dynamics of this country so different to our own.

One of my questions has always been “Why Thailand?” The answer is that Bangkok is the hub of progressive development in Southeast Asia. Neighbouring countries, such as Myanmar and Cambodia, are drawn to what is offered in a vibrant developing city, such as Bangkok. And, with porous borders, moving in and out of Thailand is easy for its neighbours and perfect for human trafficking.

Human trafficking is the crime of trading in people for financial gain, usually for commercial sex and slave labour. It is a gross violation of human rights. Offenders prey on the most vulnerable people and inflict unspeakable physical, sexual and psychological abuse. There are more people enslaved today than at any other time in history. Human trafficking is the fastest-growing criminal enterprise and generates US$150bn ($206bn) in annual profits, according to the Global Modern Slavery Index. A quick internet search revealed that is more than the combined annual profit of Google, Nike and Starbucks. Of that, US$99 billion is related to sex trafficking.

We first visited several phenomenal organisations in Bangkok, in an effort to understand the wider context and environment, before hearing what Nvader specifically does. The first organisation works with sex workers in the red-light district, the majority of whom are women selling themselves as a means to be free from poverty. Many of these women are from Thailand and surrounding countries.

This organisation focuses on building relationships, giving people the freedom to choose a way out of their current lifestyle. Girls are given emergency care and can go into training programmes, including childcare, beauty, personal development, job training and even help with small business start-ups.

The team is always working out the best individual way to respond to each person it encounters.

We also met socially-minded entrepreneur Saiyood Deewong — nicknamed Poo — an inspiring lady who has created cooking classes for her friends, neighbours and tourists in Klong Toey, the largest slum in Bangkok. 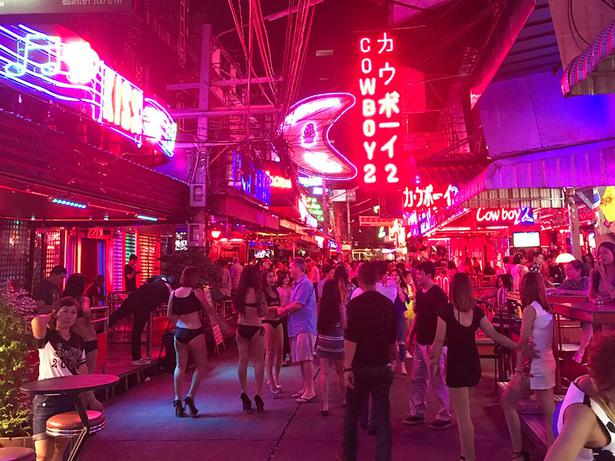 Her business, Cooking with Poo, has allowed her to open preschools and provide opportunities for her neighbours — giving those living in this slum a way out of the poverty mentality they’ve always known. She also donates 10 per cent of her profits to locals starting small enterprises.

Seeing the effects of these two organisations in their community gave us context in which to understand the work Nvader does, which was why, after all, we were in Bangkok.

We had an intense two days working with the Nvader team, understanding their strategies.

Human trafficking is a simple supply and demand problem — with 60 per cent of visitors, predominately from Western countries, visiting Thailand for sexual exploitation. Yes, that cultural right of passage of visiting ping-pong shows and carousal bars is considered sexual exploitation.

You may argue that some of these workers have entered the trade willingly, but these people are extremely vulnerable and that vulnerability creates an environment for trafficking to occur. Nvader specifically works to target supply. Their team has the knowledge and ability to work alongside recognised Thai organisations that have the power to put offenders away.

Effective prosecution eliminates supply, by ensuring perpetrators can no longer operate. Nvader follows the recommendations of the US State Department and United Nations Office on Drugs and Crime to adopt an organised crime strategy and a “prevention through prosecution” approach.

After hearing about the worst of humanity, alongside stories of hope, we took a quick trip to Chiang Mai to visit the Ran Tong Elephant Rescue. These magnificent creatures were rescued from circuses and the logging industry, another type of exploitation.

We sat astride them barefoot, soaking up the beauty of the surrounding hills. We rode into the water and bathed with our elephants; mine loved having water poured over her.

There was a moment I had, looking face to face with this incredible animal, her forgiving eyes staring back at me. The trust you form with your elephant makes them very loyal. I could easily have stayed in those peaceful surroundings, but it was time to head back to Bangkok. 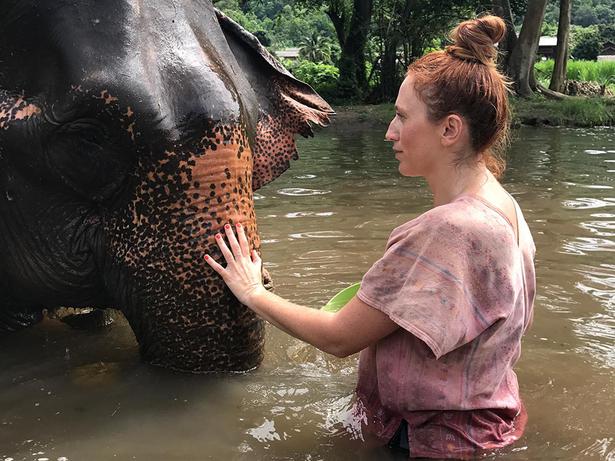 It would be understandable to leave Thailand feeling overwhelmed, never answering the question “What could I do?” Not wanting to do that, I decided to visit two popular spots in the red-light district in Bangkok one last time. I wanted to see Nana Plaza and Soi Cowboy on a Friday night.

My friend and I stood at the top of Nana Plaza, watching. Human behaviour is an interesting thing. Watching both men and women in a world that’s wrapped up in greed, desire and sadness; it’s hard to look a woman in the eyes and know what her next 12 hours may hold. I have three women permanently etched in my mind. I don’t want to forget them.

Despite experiencing a little of what goes on, I left Thailand feeling inspired. There are some great organisations doing amazing work and they can be summed up by the phrase “It takes a network to take down a network”. I saw NGOs working collaboratively with each other for the common goal of freedom, which gave me hope.

Not only that, but the judicial system is fair and criminals, such as human traffickers, when convicted, are given solid punishment for their crimes. There were many stories of hope about victims rescued from trafficking. For the sake of privacy, and the process these victims will go through, I have chosen not to highlight them individually. But I am truly in awe of the organisations who work at this mission, tirelessly and faithfully. 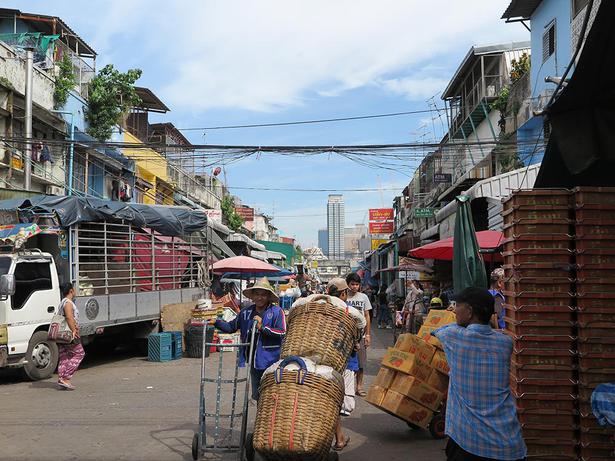 They have inspired me to keep pursuing understanding and, when given the opportunity, to allow insight into the cause and effect we have on those that are vulnerable in the world.

• To find out more, visit Tearfund.org.nz