Taco Joint played to an appreciative crowd at the Wine Cellar last Thursday night, and the Tex-Mex vibe filled the room with a swing in the beat that even the most rigid of us couldn’t resist.

Autumn invited itself into the Wine Cellar and the chill said my scarf was staying fastened to my neck.

The five members of Sunnylaw Social Club took their places on the stage and the contrast in guitars, a Les Paul and a Fender Stratocaster, hinted to me that we were in for a rollercoaster of tones to come.

The mix of the young and old faces in the audience was reflected in the band in two parts. Musical influences were clearly old school with some Stevie Ray Vaughan and ZZ Top bleeding from the guitar amps and yet the soulful butter — like vocal of Ryan Mathie (one of England’s 2013 X factor contestants) — brought forth a pop-polished sound that excited the crowd. 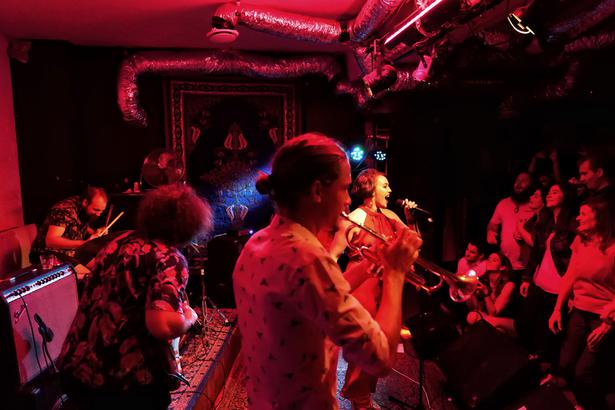 Megan Riegel, Timo Stanton, Teariki Roos, Robert Hudson and Edward Quensell appeared promptly on the low stage. The crowd became wedged together in the little space and the scarf that decorated my neck was long gone. I was three layers less and swaying with the pretty crowd of dedicated fans.

The five-piece were finally performing live — a long time coming, since their last performance was online in June last year.

They opened with 'Joey', an upbeat song absent from the Burning Bridges EP (2019) and the sold out show was booming — even the attendees who’d “just popped in to see our mates who run the monthly Titirangi open mic night (a.k.a two members of The Sunnylaw Social Club)”, stayed for the entire show. 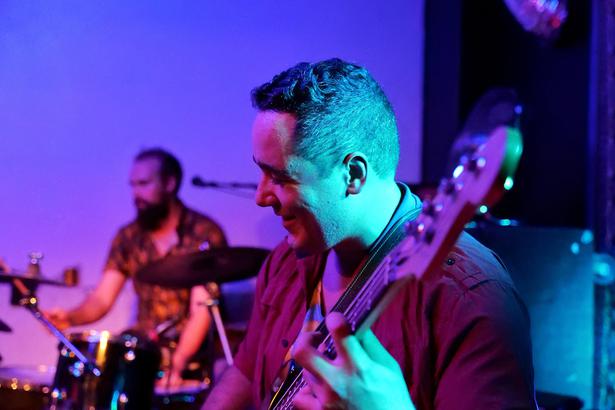 The rhythm section was solid with Timo on drums and Edward on bass. The percussive banter on the drums was clearly a by-product of Timo’s jazz training at University of Auckland and the crisp trumpet lines played by Robert added depth in several songs, such as 'Until The Morning Comes' and 'Good Time', by lifting our moods with smooth elevations in pitch.

The guitar style Teariki was jamming was leaning toward a gypsy funk feel with its 16th note grooves and extended jazz chords and it became an expected that the heights at which the music would take us would keep rising.

We landed on a song we all know: 'Everybody' by The Backstreet Boys. The room was one! We sang the song like we were back in the late 90s. Two other covers followed, 'Toxic' by Britney Spears, and the final song that fans conjured up by chanting “one more song, one more song” — 'Are You Gonna Be My Girl' by Jet. 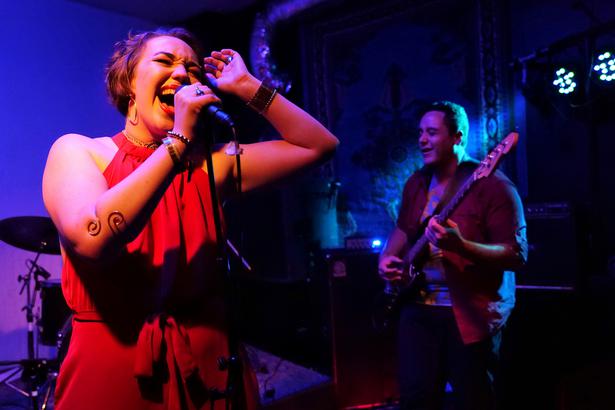 The imposing voice of Megan threaded the performance with sophistication with her deep belts, emotive scat singing and come-hither cadences. I was transported into the dance scene of Quentin Tarantino’s film Pulp Fiction when Mia Wallace and Vincent Vega did a variation of “the twist”.

'Burning Bridges', 'Three Shots' and 'Put It All Away' were the only three songs the band performed from Burning Bridges, with the rest being fastened exclusively to live performance.

Does this mean another EP is on the horizon? I don’t know, but I do hope so. One thing I do know is that if you missed last night’s sold out show, on June 11, Taco Joint will be playing at The Dog’s Bollix. Get your tickets quick may Tejano be the blood flowing through our veins for the night.

At an intimate concert in Auckland's Powerstation, the Tauranga-based singer proved her soulful croons are something more ambit...