From the rise of lo-fi DIY on Instagram to intricately handmade pieces of art, time-honoured craft techniques continue to inspire a new generation of creatives

“Some people love to ‘craft’ — my mum is one of those people,” Prime Minister Jacinda Ardern shared on Instagram in December. “She taught me how to knit, crochet, cross-stitch and make random Christmas decorations from leftover bits of fabric… To all the people who pass on their ‘crafting’ ways, I salute you.”

The virtues of craft are widely documented, by those who do it to those who enjoy the fruits of another’s labour. Its power lies in its sentimentality: many have nostalgia-tinged memories of mothers or grandfathers or aunts creating something from scratch, made with love with their own two hands. A crochet blanket, a handmade ceramic, a weaved kete, a knitted bonnet.

Just look at the delighted response to the image of British diver Tom Daley knitting in the stands at the Olympics to see how the power of the homespun continues to connect across generations, and countries.

In fashion, craft is a constant that battles against the rise of the digital and industrial; in the art world, the relationship has also been complicated. What makes something craft versus art? Is one valued more than the other?

In the past, the response was often tied to perceptions of domesticity: the traditional “women’s work” of embroidery, patchwork, quilting, needlepoint, applique and more have been dismissed as frivolous hobbies, though fortunately today, those attitudes have largely shifted. 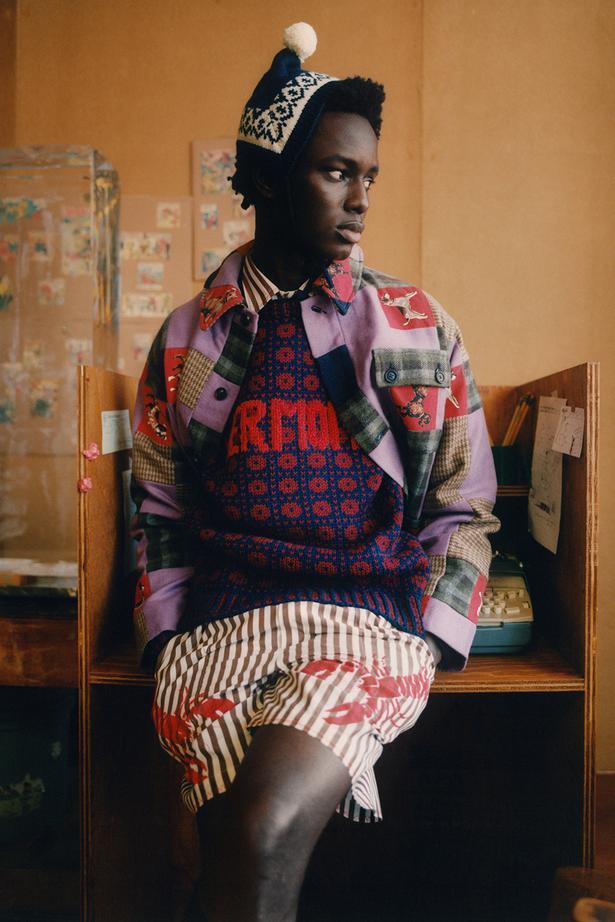 For some, too, the concept of craft has developed negative, white middle-class connotations. It’s worth noting that many crafts that are repeatedly picked up by the fashion industry — whether as genuine crafted, handmade articles, or the allusion of such — are expensive appropriations of some of the necessary practices of poverty: patchwork, upcycling, stitchwork and more.

Writer and sustainable consultant Aja Barber recently reflected on the resurgence of patchwork as a “trend”, writing, “Doesn’t mean you don’t buy the quilted jacket, does mean you acknowledge that people without funds made clothing from quilts for a long time now.”

But as with so many things, these unprecedented times have seen our values and perceptions of craft shift once more. We are hungry for authenticity, and with our constantly connected digital lives, craving a connection to something tangible and tactile that often appeals to our nostalgia for simpler times.

This sentimental and resourceful DIY mood has been bubbling under the surface for a while — look at the rise and rise and rise of pottery and ceramic classes as a stress-reliever — but the world’s recent forced period of rest and inward reflection has reignited interest in the make-do and mend mentality of the past.

In fashion, some have dubbed this “craftcore”, and there are many examples on the runway: groovy 70s-esque crochet vests at Patou, Batsheva and Miu Miu, intricate lacework at Eudon Choi, patchwork at Bethany Williams, artisan-made bobbin lace at Fendi.

New York-based menswear brand Bode is a high-profile champion of this crafty approach, known for its handcrafted items made from vintage fabrics, quilts and linen. 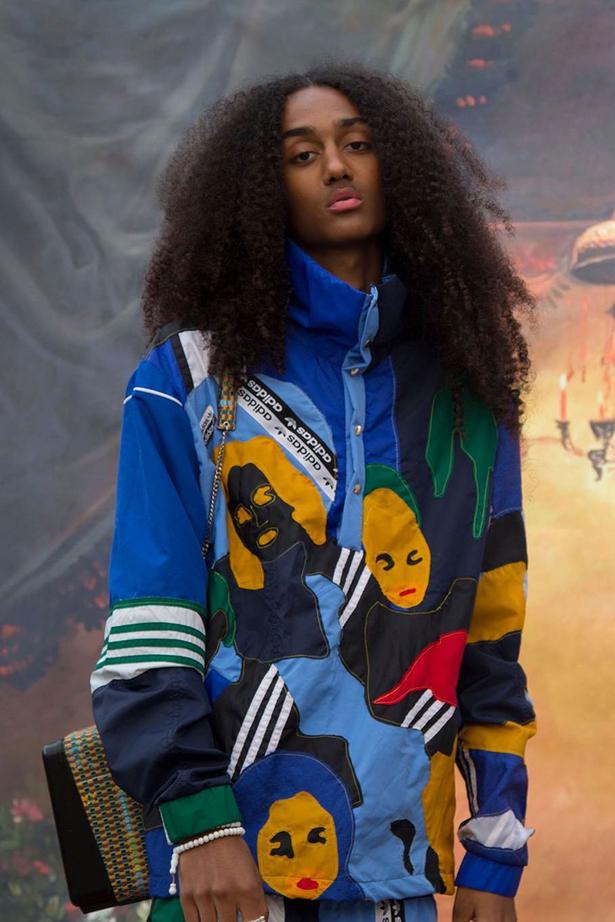 Designer Gabriela Hearst has also long had a focus on sustainability with her namesake New York-based brand — upcycling, repurposing, etc — with her spring 2021 collection, titled Dreams of Mothers and Grandmothers, pulling directly on the heartstrings of craft’s sentimentality and embrace of the “human imperfection” of the handmade.

Gabriela’s craft as a luxury approach translates to French luxury house Chloé too, where she took over as creative director in March and has incorporated crochet bobbles, upcycled quilted jackets, patchworks of denim off-cuts and more.

She told Elle last year that she believed “the sort of hedonistic luxury that was already feeling old before is totally dead now [post-Covid]. I think and hope that people will now opt more for craft and quality.”

It’s debatable whether flashy luxury is really “over”, or if, post-Covid, people are desiring to dress up and show off (just watch as high-voltage Italian glamour becomes a trend with the House of Gucci film being released in November). But the craft and community feeling that Gabriela is referencing does have strong roots in the moment.

Off the runway, Colville — the brand from former British Vogue fashion director Lucinda Chambers — asked Instagram fans to knit and submit squares using fabric scraps at home, to help them create one-of-a-kind patchwork blankets that were later auctioned off for charity.

And on TikTok, in the thick of last year’s global lockdowns, a random trend saw another beautiful marriage of the digital and the handmade: inspired by a colourful patchwork cardigan that Harry Styles wore, users were creating then sharing their own made-at-home versions. 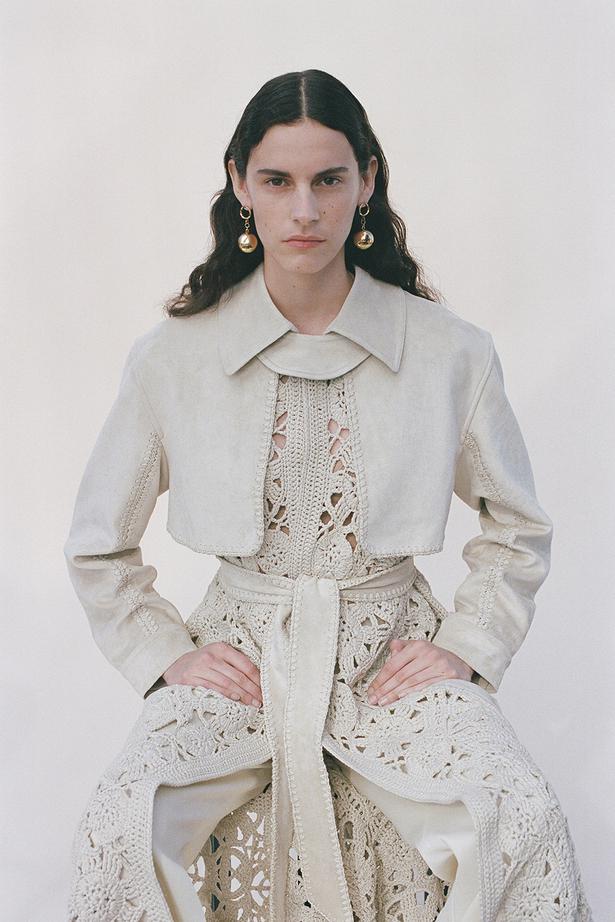 The brand JW Anderson, creator of Harry’s original $2800 merino cardigan, soon offered a downloadable knit pattern, as “a gift from [designer] Jonathan to all our TikTok Cardigan fans” to make it at home. “I am so impressed and incredibly humbled by this trend and everyone knitting the cardigan. I really wanted to show our appreciation so we are sharing the pattern with everyone. Keep it up!” Jonathan wrote.

Romance Was Born’s glorious presentation at Afterpay Australian Fashion Week in June was a riot of colour, texture, craft and community. The creative duo behind the whimsical brand, Anna Plunkett and Luke Sales, chose to hark back to their roots with a collection that utilised things they already had.

It was a comment on sustainability and sentimentality: each item in the collection was crafted from second-hand or found fabrics, collected from friends, family and their own sewing box, including old duvet covers, and trims from a friend’s family wedding gown.

READ: How To Break Up With Fast Fashion

That connection to whānau is another defining character of the ongoing appeal of craft, with traditions taught and passed on throughout generations. For many, craft means tradition, care, time, love and comfort.

Those ideals help inform labels like small New Plymouth-based knitwear brand Dorothy, created by mother-and-daughter duo Anne and Lucy Aitchison. Anne hand-knits each sweater based off a design or concept from Lucy, and has passed on her skill to her daughter, just as her mother taught her.

Anne values the individuality of knitting and crafts, which act as a contrast to mass production methods and an antidote to fast fashion.

“Knitting is relaxing and creative. If you make a design mistake you can unpick and reknit, nothing is wasted. You can take it anywhere; it is such a mobile craft. I love the fact that two generations of our family are creating things together.” Anne has noticed an increased appreciation for traditional crafts from a younger generation — something she credits to sustainability. “I think it is because they are becoming more aware of the ethical advantages of buying things that have been made in a slower and more meaningful way.”

You can see that in the booming number of niche young designers or makers who sell their handmade items purely via social platforms. Just go on Instagram for five minutes and you’ll no doubt come across another exciting new independent brand account where the runs are small (often one-offs), the focus is on creativity rather than commerce, and the bio says “DM to order”.

Local designer Ariane Ilagan is one such Instagram business, creating playful handmade crochet pieces to order via Instagram, under the name @_aricrochet. She chose the crochet craft form after wanting to explore new ways of creating clothes other than sewing. “It was intriguing to me how just one hook and threads of yarn could turn into one-of-a-kind garments,” she said.

The meditative element also had huge appeal, a common theme for many others who craft. “Crocheting was a stress-reliever that helped me through difficult times. It helped me to stay centred and in the now.”

Who are they and how did others fare?