One of China’s most influential contemporary artists, Yang Fudong is known for his dreamlike moving-image explorations of Chinese and Western cinema and identity. His 35mm film and digital video installations will be showcased as part of the Yang Fudong: Filmscapes exhibition, opening at the Auckland Art Gallery this weekend and featuring three of Fudong’s seminal works. The Shanghai-based artist will also visit Auckland for the opening - his first in New Zealand - and hold a public talk on Sunday at 1pm.

How do you feel about showing your work in NZ, especially as it will be the first time all five parts of Seven Intellectuals in a Bamboo Forest will be presented as a one-off screening?
It is such a pleasure to exhibit my work in Auckland Art Gallery. This is my first exhibition here, and I’m excited that an audience from New Zealand is able to view my work. I am grateful that Auckland Art Gallery, together with ACMI, supported me during the production of The Coloured Sky: New Women II. 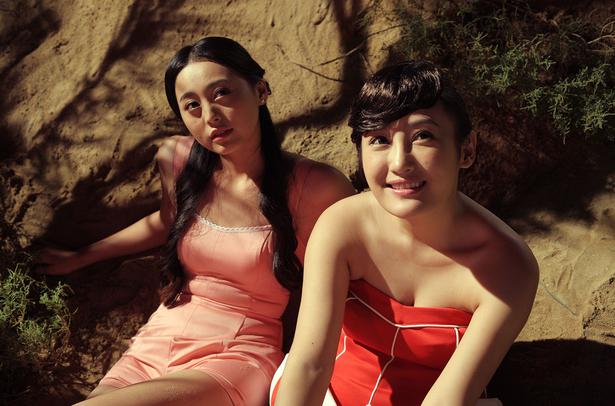 Seven Intellectuals in a Bamboo Forest is one of your most prolific works. With the world moving at a rapid pace today, has its meaning evolved from when it was first completed?
I spent five years making Seven Intellectuals in a Bamboo Forest between 2003 and 2007. Back then I felt art had been consumed too quickly, and decided to see if I could focus on a single work for five years, to meditate in quietness. In an era [where] everything seems to be so fast-paced, you need to reconsider how you live your life, to enjoy a slowed life style instead of a quickened one. Time changes rapidly — that makes us forget how we really live, and become trapped in a spiral of time.

Recent works touch on the evolving fashion women experienced during the 1920s and 1930s through Western influences. What is your relationship with fashion, and how important was it for you when explaining this idea of womanhood?
Every era has its own feature and aesthetics. The aesthetics of fashion differs from the West to the East. Fashion often represents time. I use fashion to symbolise the change of time, specific but also intangible.

You’ve talked about how you’ve learnt a lot from Western literature, theatre and films, particularly directors such as Antonioni and Fellini. How do you balance Western influences with Chinese traditions, so the results manage to be universal?
I consider myself to have a lot of teachers I have never met. Regardless, whether they are from the East or the West, or their fields are in film, drama, or painting, they have provided me with great nutrition to help me think independently. I do not know what is the standard for universal art. I respect the sentiments that the cultural heritage brought me; the dynamics of creativity that was supported by cultural pluralism. I learn with diligence, and create art with integrity. The brilliant colours of New Women II is an exciting development for you. Tell us a little bit more about the inspiration behind this, the childlike influences and working with digital video to create coloured work.
The initial idea of The Coloured Sky: New Women II is similar to a little girl who is hiding in her room, retrieving colourful candy wrappers she has collected, opening her window under the afternoon sunlight, unfolding the candy wrappers towards the sky, towards the sun. An image that is beautiful, fantastical, and as unreal as a dream.

You worked with Prada for its Spring 2010 collection, creating a short film. How did this come about and what were you were trying to portray in this film?
This is an interesting collaboration for me, from it I gained a lot of precious experiences. Miuccia Prada and her art foundation have contributed greatly in supporting the development of contemporary art. The name of the film is First Spring. It is not a commercial, but an artistic collaboration. The inspiration comes from an old Chinese proverb: “A year’s plan starts with spring.” Spring is the beginning of a year, we diligently plant and sow in the spring so that we can harvest in autumn.

What are your thoughts on modern-day China, and what are your hopes for the future generation of young Chinese artists?
Time and memory make us focus more on present and future. I hope young artists can continue to think independently, hold on to their aesthetic approach, and respect a genuine lifestyle.

WATCH: Behind the scenes with Yang Fudong: