For his new book, the celebrated New Zealand photographer found a kindred spirit in an artist who deals in petals, the florist Simone Gooch Occasionally the petals fell off and scattered, and florist Simone Gooch wondered aloud if she should pick them up.

“And I said, no, I think we should leave them,” says New Zealand photographer Derek Henderson, on the line from his home in Sydney. “I think that was a good decision.”

The celebrated shutterbug had largely avoided adding his two cents worth on how the Australian florist should arrange her rose compositions for their combined project Rosa, training his attention on the light and form, and taking expressive shots of the multigenerational Matthews family who own and run the nursery.

But the collaborative pair had discussed the flowers’ ephemeral nature and decided it would be better to show their natural life cycle, even if that meant recording them on the brink of inevitable decay. 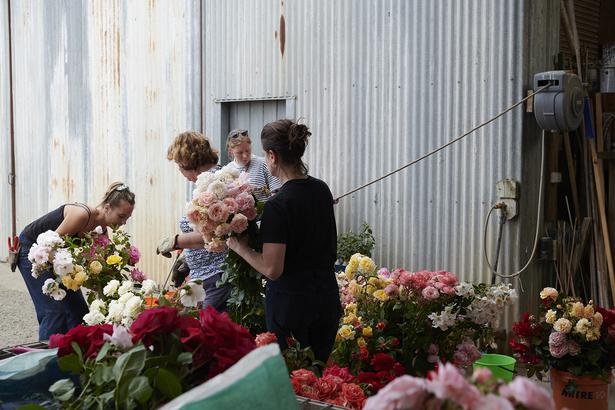 The result is their still-life exhibition at the Melanie Roger Gallery, and a book, also named Rosa, a stunning celebration of the thorny perennial, as seen through the combined lens of two very different artists.

Derek is well known globally for his fashion and architecture photography, landscapes and portraiture; his work is just as likely to feature in the pages of top fashion magazines as it is in art galleries (the National Gallery of Victoria, Melbourne, and Pah Homestead among them), and his six other photography books.

READ: The Unmissable Exhibition Inside The Glamorous World Of A Visionary Farmer

Meanwhile, Simone also straddles the arts and commercial worlds. She started her company Fjura in Sydney after 10 years in the flower biz, transplanting it to London in 2015, where she is sought after for her floral arrangements and installations by the likes of Chanel, Gucci and Louis Vuitton, alongside various publications, set designers and private clients.

Although the pair were unfamiliar to one another beforehand, in late 2017, John Tebbs of British magazine Pleasure Garden, where Simone is also floral and events editor, commissioned them to work on a piece about roses. At the time it was winter in the UK, so they sought out the Matthews Nurseries in Whanganui, New Zealand. 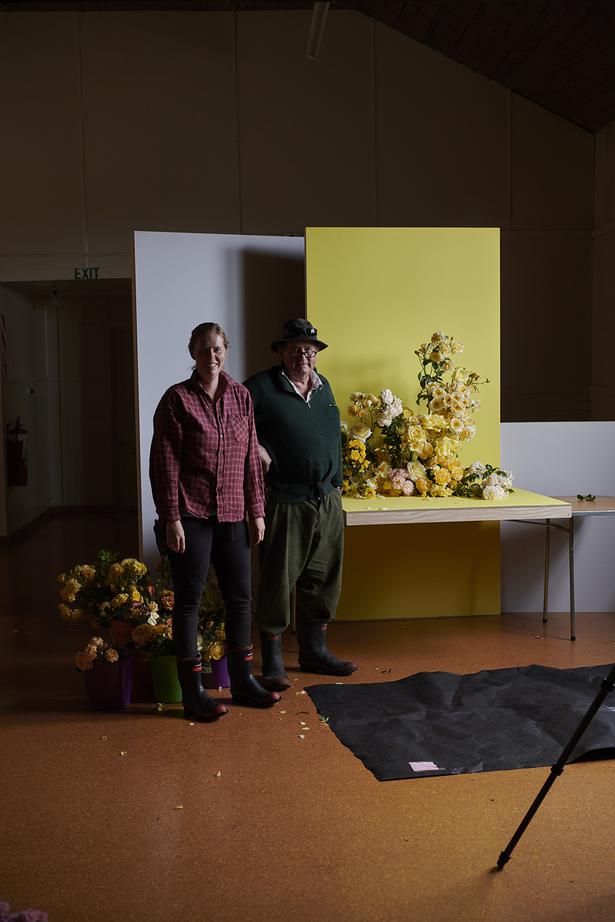 Though not exactly a household name, the nursery is renowned worldwide for its unique rose-breeding programme. The idea was that Derek and Simone would shoot various compositions of the roses at art dealer Hamish McKay’s mid-century home in Raumati — and while the house certainly made for an evocative backdrop, it was the nursery that struck them as truly special.

“I said to Simone, we should do a book because look at the access we have,” says Derek. “They have literally thousands of roses, all in one place, and I knew there would be enough material there for a book. Also, it’s nice to stay in a small town in New Zealand. The Matthews are a very hospitable family. It’s a working farm with sheep — it’s just a beautiful property, idyllic.”

It would be another two years before Derek and Simone could synchronise their busy schedules, returning to Matthews Nurseries in December 2019, not long before Covid hit.

And while they were once again met with open arms by the rose-breeding Matthews family — particularly Bob, Cath and daughter Samantha — there were challenges ahead.

Like working with children and animals, roses don’t always make for the easiest of film subjects — as living organisms, they required their own special green-room treatment, particularly as the heat of summer took hold.

After picking the roses in the evenings from the farm’s rose garden or “library”, they’d transport the flowers to a cooler overnight, then take them to Whanganui’s Fordell Hall to shoot them early in the morning, capturing up to eight compositions a day for a week — a project requiring 5000 blooms.

Working on film rather than digital and using a 4x5 large-format field camera allowed Derek greater detail and tonal range, he says, and gave a particularly painterly quality to the images.

Simone worked in a similar vein, explaining in an email from London that her practice has become an intuitive process developed from two decades of working with flowers full time, “which has made my love for flowers and arranging them more profound”.

“Like many creative people she’s very driven and she knows what she likes and what she wants,” says Derek of Simone’s exacting eye.

Roses carefully positioned at the base of other stems replace the need for vases or vessels that might otherwise disrupt their natural form. 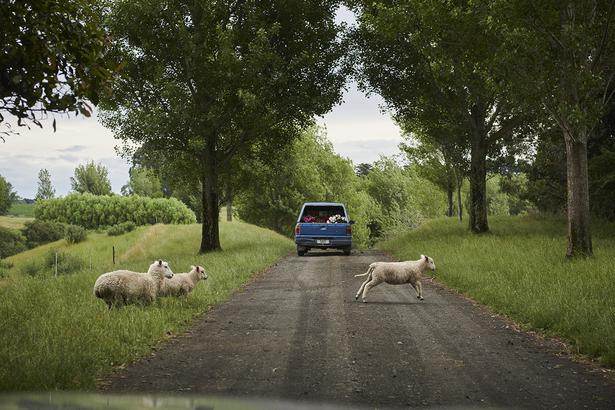 “I had no vision,” Simone explains, “other than being guided by the roses, their colouring, their form… and the intention to create a variety of compositions.”

If nothing else, he says the book provides a brilliant catalogue of rose varieties, the ultimate index for the home gardener. The Matthews family has been growing them since 1947.

“When you talk about the romance of the rose,” writes Samantha Matthews in Rosa, “there’s always that underlying idea that no matter how gritty and tough it gets out there in the middle of winter, digging these things out of the ground, you still get that incredible reward of a beautiful flower at the end.”

“They were fantastic,” says Derek of the family. He was so taken by the nursery he took his daughter to see it.

“It was very enjoyable hanging out with them. They’re quite eccentric as well — they’ve all got their quirks, which I love. They’re interested in culture as well as farming, and they have an amazing lifestyle.” 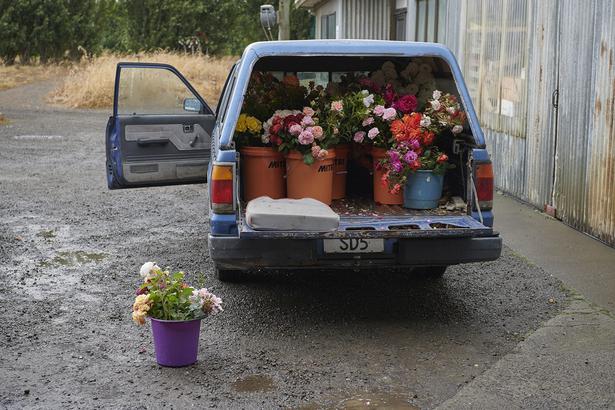 The book features a particularly lovely image of buckets of roses in the back of a dusty blue ute, the sheep leaping in their wake as the flowers made their way from the nursery to the cooler.

The photographs are exquisite in their own right but like much of Derek’s work, they communicate something deeper.

“I’m fairly democratic about what I photograph, whether it’s the ordinary or what people might call the mundane,” he says. “I can see the beauty in things. It doesn’t matter what it is. I really take a lot of time to look at things.”

Much like the Dutch painters, who captured floral arrangements and still lifes in varying stages of decay, the book nods to those artists’ preoccupation with nature’s state of flux.

Derek and Simone talked about death during the project, “and what’s interesting is at first you just look at the pictures and you think, ‘Oh, they’re beautiful roses’, but then you start to look a little closer,” he says.

“You can see they’re ephemeral, that it’s not going to last. That’s the power of photography as well — it’s frozen in time… the roses are only there for a small amount of time, so they’re a good metaphor for life.”

The Rosa exhibition is at the Melanie Roger Gallery until the end of January. All images from the book, published by Perimeter Books, are available to purchase as prints. Melanierogergallery.com