My family is really musical. We grew up listening to my dad and his brothers perform with all kinds of instruments, jamming to artists like Steely Dan and the Doobie Brothers.

In Samoan culture there’s a custom for a performance at family events so I was always forced to perform but it fostered my confidence on stage from an early age.

In high school I wasn’t good at finding or keeping jobs, so I got into a band called The Burtones. We did corporate gigs and that was how I made money. When we entered into Smokefree Rockquest and had to perform original music I started writing my own stuff.

In 2017 [Auckland electronic producer] Leaping Tiger hit me up for my first track No High, which did really well. I was also helped into the music scene with The Crescendo Trust Of Aotearoa who provide musical pathways for rangatahi through regular studio sessions with a producer and recording engineer.

I love jazzy melodies — my sound is a mix of things I have grown up with, particularly jazz, trap and RnB. With my voice, people always tell me that I’m wasting my talents in pop or RnB and that I should just do jazz . . . I don’t listen.

I’m hoping to release my first EP this year. The songs are about my journey coming to terms with who I am as a young person and a person of Pacific heritage.

The [already released] track The Boy Who Cried Women is an ode to Pacific people in New Zealand. It’s about how Pacific people, especially in media, are often simplified in terms of who we are and what we can do in post-colonial society. The lines ‘You think you know me, you think you got my back’ talks about how we’re so much more than what’s stereotyped. Pasifika representation in my music is hugely important. 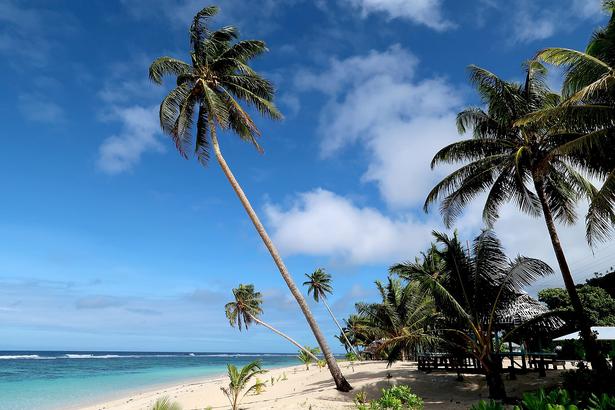 ... travel destination
Anywhere in the islands, but there’s nothing quite like going back to the homeland Samoa. I have always wanted to go to Rarotonga though.

... next gig
I’m performing at the Milk and Honey Festival on International Women’s Day at Silo Park. It’s cool to have a platform dedicated to women, made by women, and performed by women. Women in music don’t get enough props. 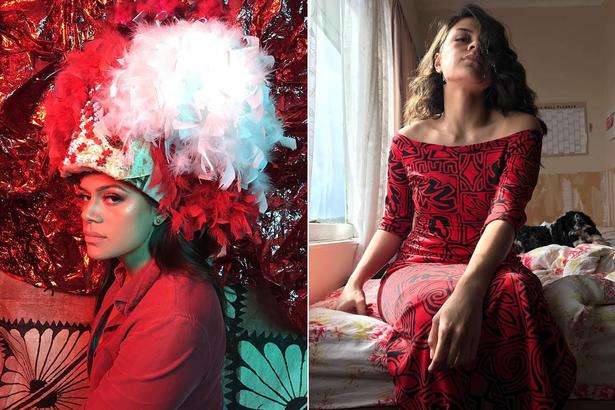 ...performance outfit
My video The Boy Who Cried Women was styled by Sammy Salsa and it was honestly crazy when I saw the wardrobe that he had put together. He went above and beyond. I wore a headdress that he made for a runway show ages ago and ‘knew would come in handy one day’, then it did!

.. shop
I love to shop at St. Vincents Op Shop near my house. I’ve also got a lot of Pacific designers in my closet like Mena, Tav Pacific, Tanoa, and a seamstress in Mangere makes me island dresses and also my puletasi’s (formal churchwear).

.. fashion muse
Punk rock and trap artist Rico Nasty is unafraid to wear what she wants. It encourages me to wear outfits I always wanted to but was afraid of what people might think. She makes fashion an expression of the self.

.. cover
The Beautiful Ones by Prince is such a pretty song to sing but also really rude and demanding. People gravitate towards you when you perform a song written like that.

... podcast
is The Bobo and Flex show. They do an amazing job at helping me to dissect life.